We’re all guilty of it. As soon as the feeding frenzy of Christmas is over, we look to go on a health kick, make resolutions, look to improve ourselves. Premier League clubs are no different.

They will all be looking for that new signing come January, some more desperate than others.

Here Football Whispers’ Ligue 1 expert Andrew Gibney looks at who each team could sign from across the channel once the transfer window opens. 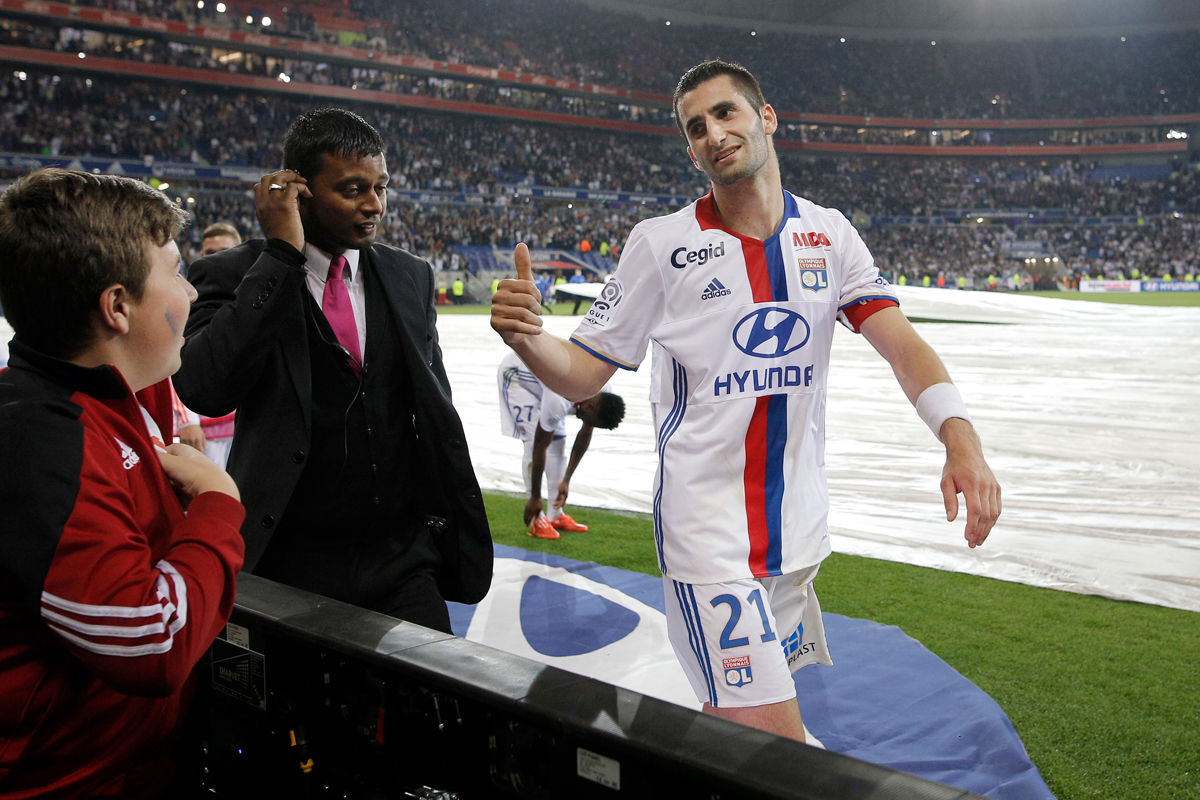 Regardless of signing Granit Xhaka and Mohamed Elneny, Arsenal are still a little soft through the middle. Linked in the past, Lyon’s captain, Maxime Gonalons is still the perfect addition to this team.

Solid, experienced and a winner, he would toughen up the Gunners spine and protect the defence. At a push, he can also play centre-back.

The South coast side are another that could do with reinforcements through the middle. Dan Gosling and Harry Arter have done well, but Eddie Howe could benefit from the tackling prowess of Montpellier’s Ellyes Skhiri.

The 21-year-old reads the game well, is strong on and off the ball and as he showed against PSG, can score from distance.

Some players just seem destined for a club and Cheikh N’Doye, Burnley and Sean Dyche feels like a perfect match.

The power Senegalese midfielder is a rampaging box-to-box midfielder. Although he’s 30, he’s a powerful runner, great in the air and the man who wins the ball and starts Angers’ counter-attacks. He is built for the Premier League.

Although they are in the market for a left-back, this young Nancy stallion would be ideal for the centre of the back four.

Quick to cover down the flanks, he reads the game well and tries to stay on his feet and get to the ball before the strikers. Good with his feet, Lenglet, once heavily linked with Juventus, likes to play out from the back and pick a pass. 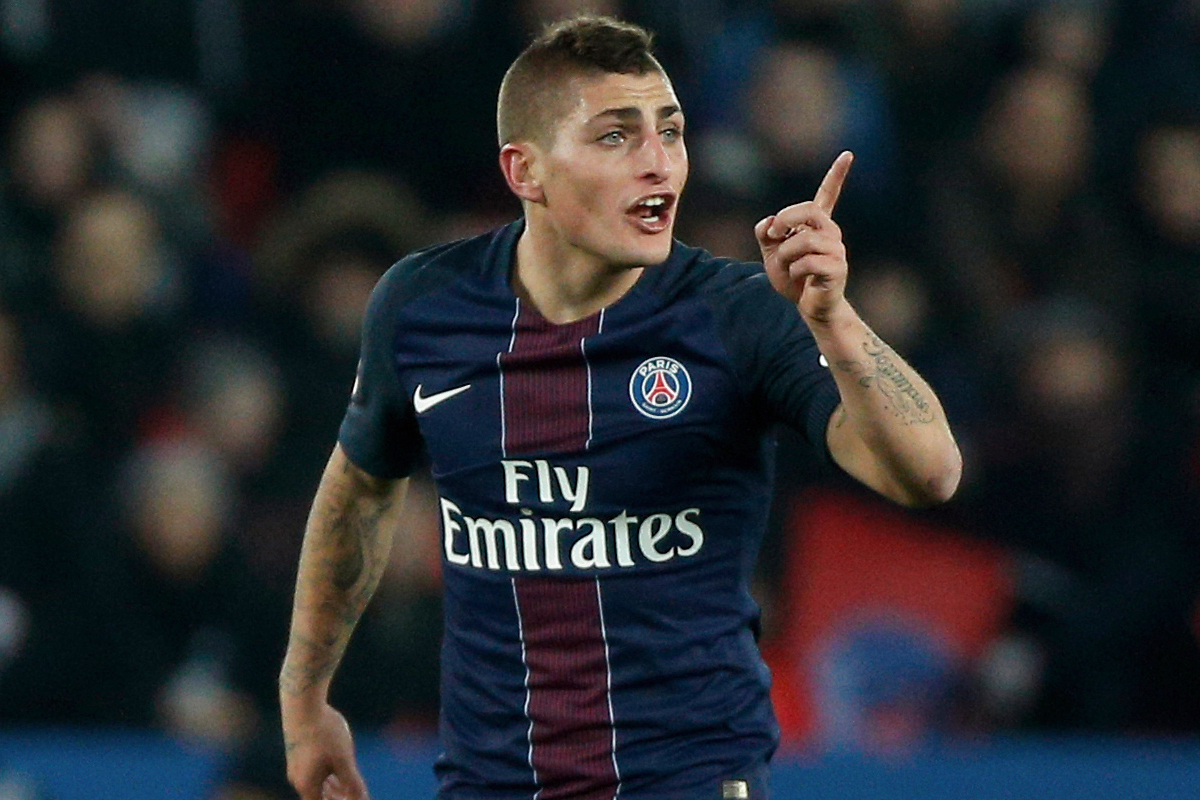 It would take some convincing, but it there’s the slightest of chances, Chelsea should do everything in their power to sign Marco Verratti as soon as possible.

Tenacious, a battler, but with the class and skill on the ball to evade everything that is thrown at him. He is a game-changer and one of the most talented midfielders of his generation. He is one of the few players in Europe that would improve Antonio Conte’s side.

The exciting French winger is in an interesting position. With his contract up in the summer he is either going to sign a new deal or leave for a fee in January.

As Ronald Koeman looks to replace Yannick Bolasie, the winger, who can play on either foot and has pace to burn, would a cheap but excellent addition.

Protecting your back four is key to success, or at least cutting down the goals you concede. Ibrahim Amadou has been doing that superbly well for Lille over the last 18 months. Quick, tall, a destroyer, he can also fill in at centre-back and is an all-action defensive midfielder.

Key to a 4-4-2, when you have Riyad Mahrez on the right-flank cutting inside, is a right-back who loves to attack. Sebastien Corchia has consistently been one of Lille’s best players over the last two years. Attacking with gusto, delivery excellent crosses and a threat from set-piece. It won’t be long till he is poached away. Leicester would be a perfect fit. 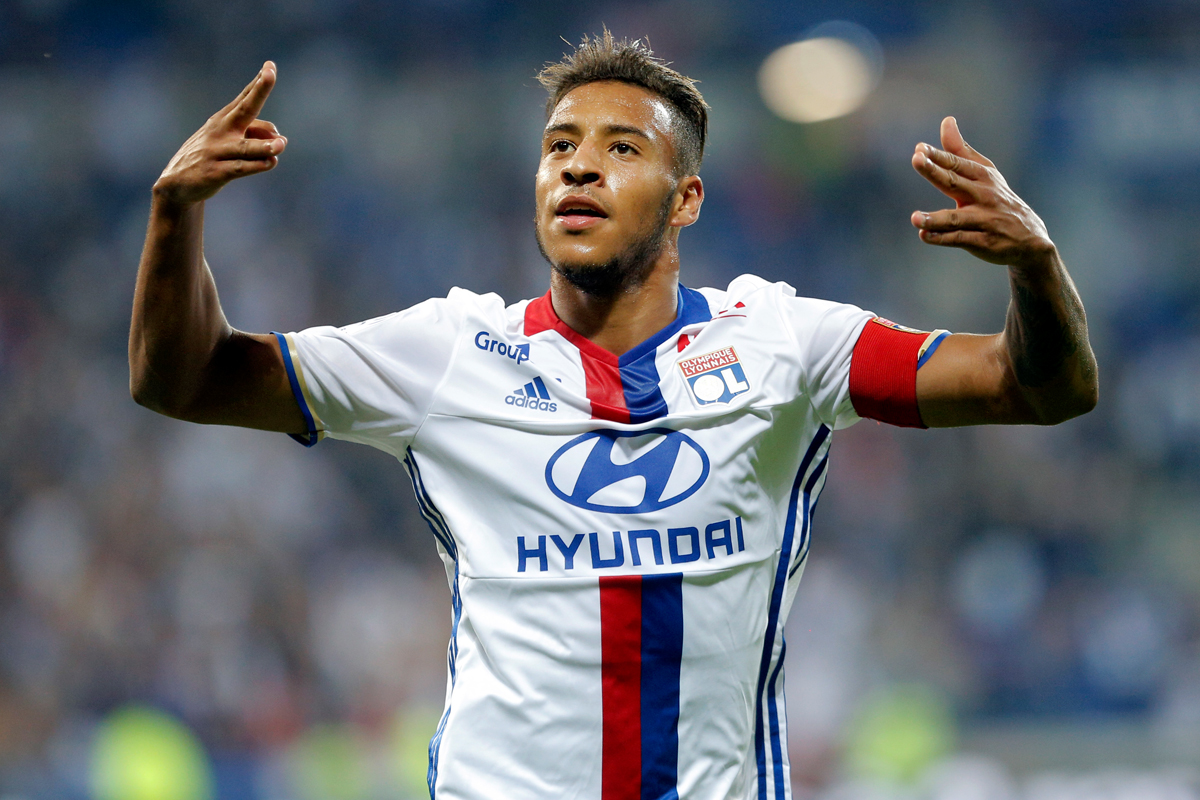 Every Liverpool signing now, must be a specific type of signing for Jurgen Klopp. Corentin Tolisso is a midfielder who can play in almost every position – he could even fill in at goalkeeper given the chance. He can pass, tackle, he’s quick, plays box-to-box and is active on both ends of the spectrum. Just 22 years old, he has the world at his feet.

Sadly, David Silva can’t play forever. In order to make a smooth transition, a replacement must be found. His namesake Bernardo could be perfect. Small, a talented playmaker, able to drift in and out of defences…sound familiar? Monaco are the top scorers in France, Bernardo is a huge reason for that.

Linked with nearly every right-back in Europe, one that Jose Mourinho should look at is Nice’s right-back Ricardo Pereira. A huge part of Lucien Favre’s success in Ligue 1. He has a great engine, a superb right-foot and loves a tackle. Another player ready to make the step up to the Premier League.

Diego Rolan seemed to peak when he scored 15 goals in 36 games back in 2014/15. After four goals in 15 games this term, he’s still an exciting player. One that can play all across the attack and has the pace and instincts to find the net for Boro. He could replace Stuani or Downing and provide support to Alvaro Negredo. 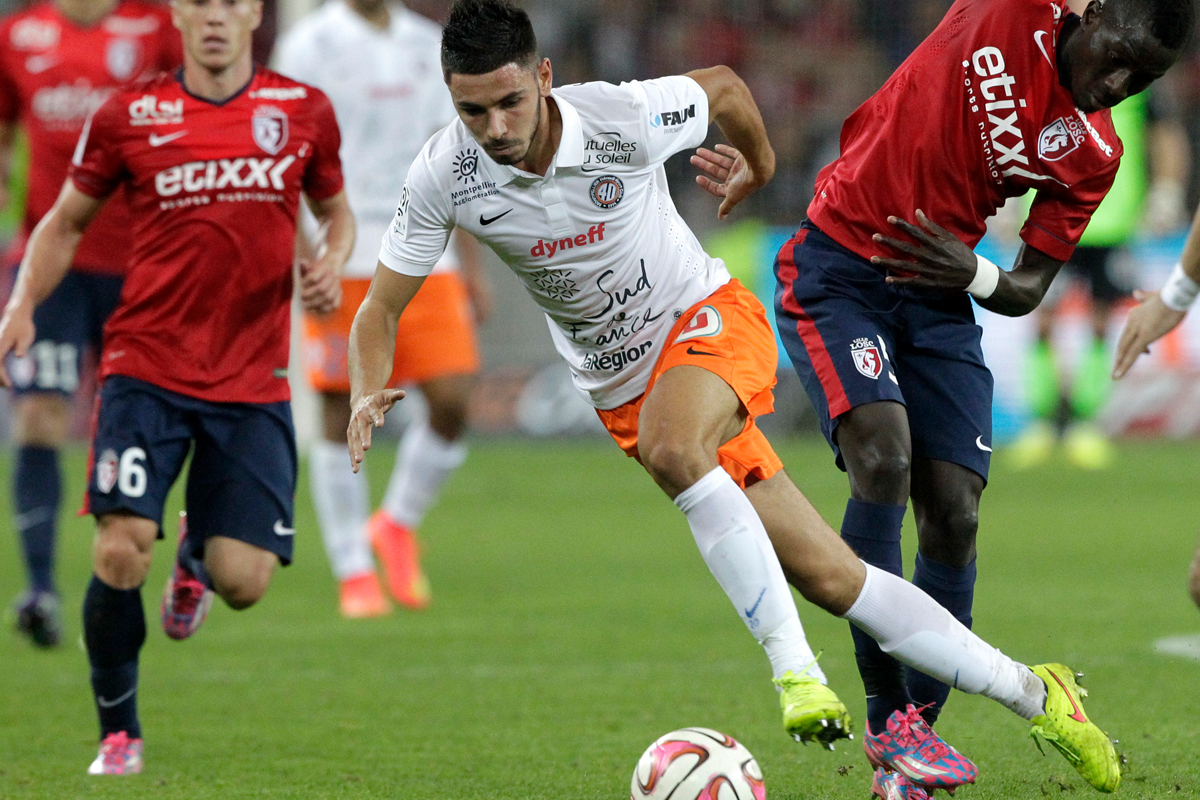 Linked with a move to Borussia Dortmund, Morgan Sanson is a classy midfielder, capable of playing deep and linking the defence and midfield, but also controlling the game on the front foot. He can tackle, pass and score goals. Dortmund have found another gem, but he would love to play in England.

The Cameroonian front man has scored 28 goals in Ligue 1 over the last three seasons. The 28-year-old can lead the line, play wide and offer Stoke City a different dimension up front. If Mark Hughes wanted to shake things up, Moukandjo would be a cheap option.

If Jermaine Defoe leaves the Stadium of Light, Sunderland need a new front-man. Even if he stays, David Moyes could use some more fire power. Braithwaite can play as a one, or as a two and is mobile and tall. One of the most improved strikers in Ligue 1. He has been linked with the Black Cats before, now he’s ready for the jump.

Bob Bradley’s team were shipping goals for fun – not if you are a Swansea fan – and before looking up the pitch, they need some steel at the back. Romain Thomas is a huge centre-back that is comfortable with the ball at his feet. He’s used to playing in a defensive team and would improve them, no matter who’s in charge. 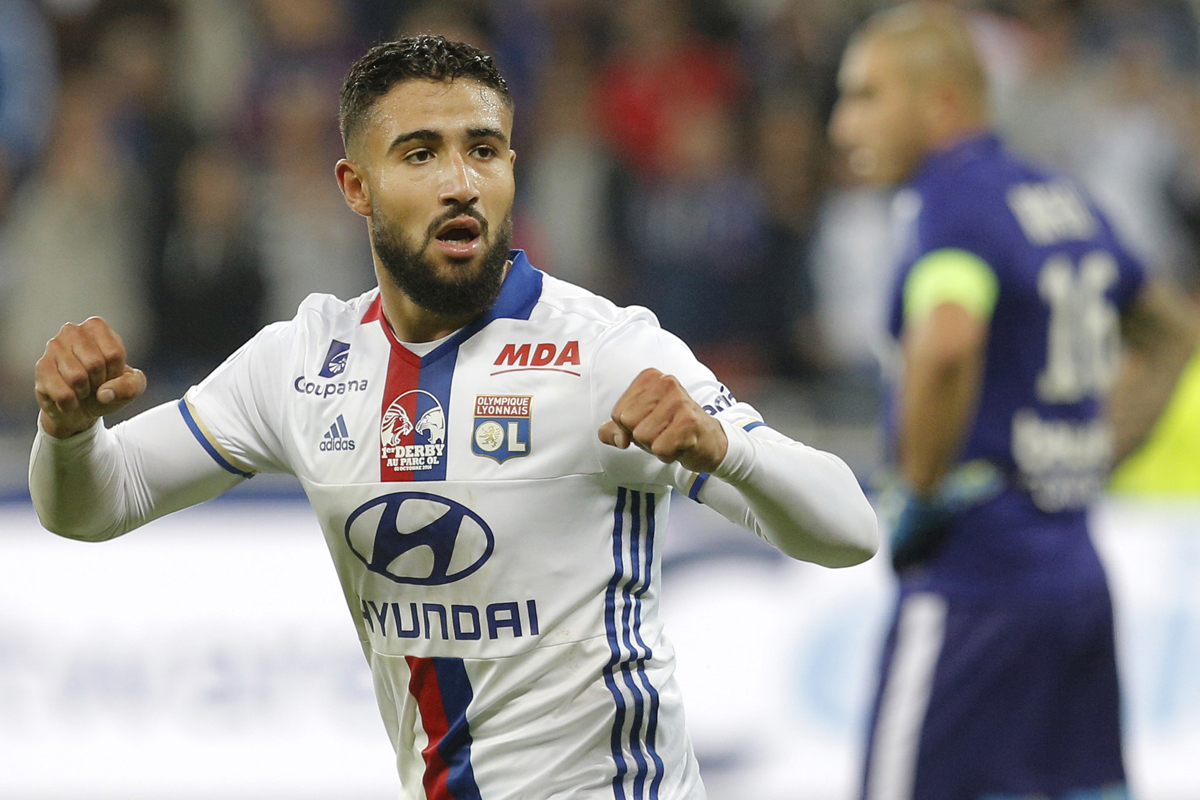 As Spurs try to keep pace at the top of the Premier League table, they need an X-Factor, someone that can offer something different in the final third. Nabil Fekir is all of that. Quick, a superb dribbler, he can take on players, pick passes and most importantly, score.

One of the most creative players in Ligue 1. He will be going to the Africa Cup of Nations in January, but would be worth the wait. Watford are missing that spark, making them a bit bland. Boudebouz can create chance from nothing and can play anywhere across the attack.

It’s a bold move, but if they want to try and push for European football this season, West Brom need an upgrade in the centre of midfield. Diarra is looking to leave Marseille and a Premier League club with ambition could tempt him. A veteran with experience in England, his talent could elevate the Baggies up the table.

With Slaven Bilic changing to a back three this season, as well as looking for an upgrade up front, they need reinforcements in defence. Issa Diop is one of the hottest defensive prospects in Ligue 1 and would add stability, height and aerial dominance to the Hammers this season. Only 19 years old, he has room to become a world beater.

Crunching the numbers: Who will win the League One play-offs?

After what felt like an eternity of fractious debate around how to resolve the League One season, the third tier play-offs are finally set to...