The chaos of transfer deadline day is in full flow, and the £1 billion barrier has been breached. The end is in sight, but business is still booming for across the world of football.

Loan deals and cheeky bids seem to be the name of the game before the window starts to slam shut at 11pm tonight, but what are some of the latest and, perhaps less headline-grabbing deals, to have been confirmed?

Here are six Whispers that turned into reality that you may not have heard about:

Will Keane to Hull City 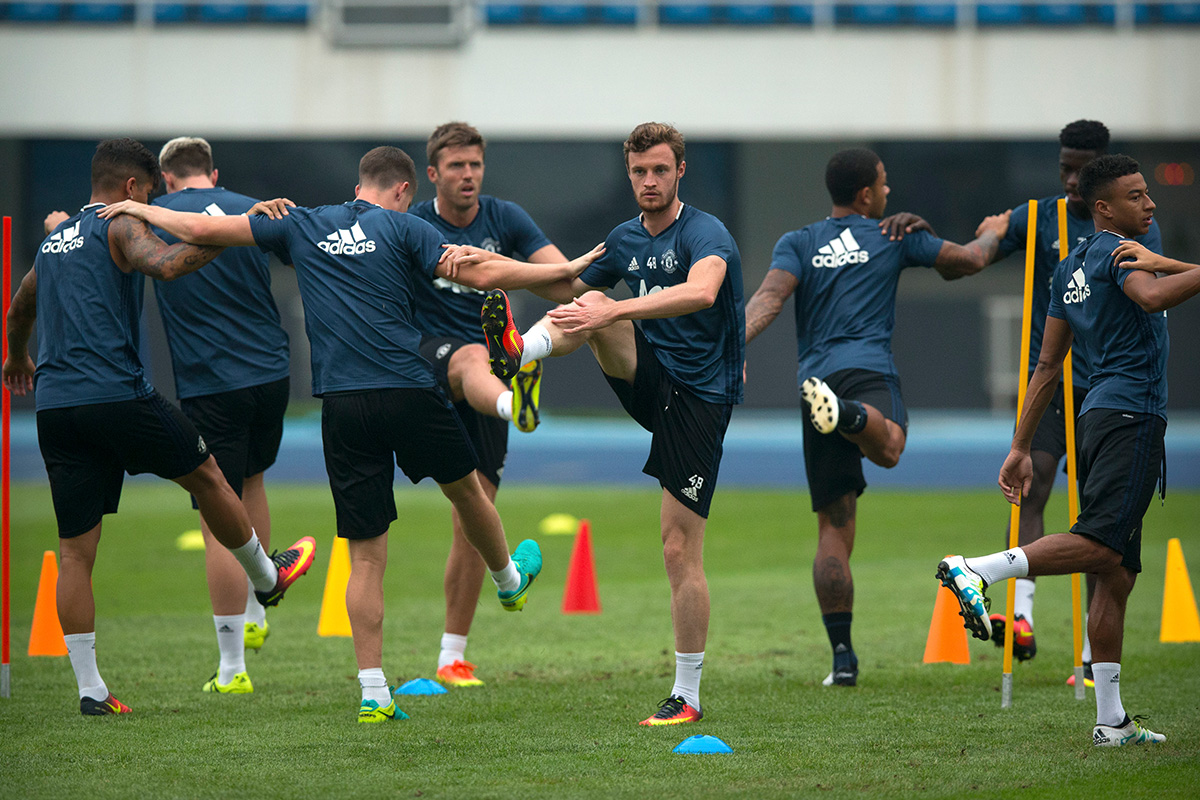 Discussions with Jose Mourinho about playing time led Will Keane to a move away from Manchester United, and former Red Devils’ coach Mike Phelan had a big role in convincing the young forward to move to Hull City.

Tigers’ caretaker boss Phelan was the assistant manager at Old Trafford when Keane made his senior debut, and knows better than most what he player is capable of.

Keane has made a permanent three-year move for an undisclosed fee – BBC Sport have reported a figure of around £1 million – in his quest to find regular game time; something he should get at a decimated Hull squad.

Keane has spent the past three seasons on loan at various Championship clubs, including Preston North End last season, and it’s clear that the England under-21 international thinks he is ready to step up in the top flight. 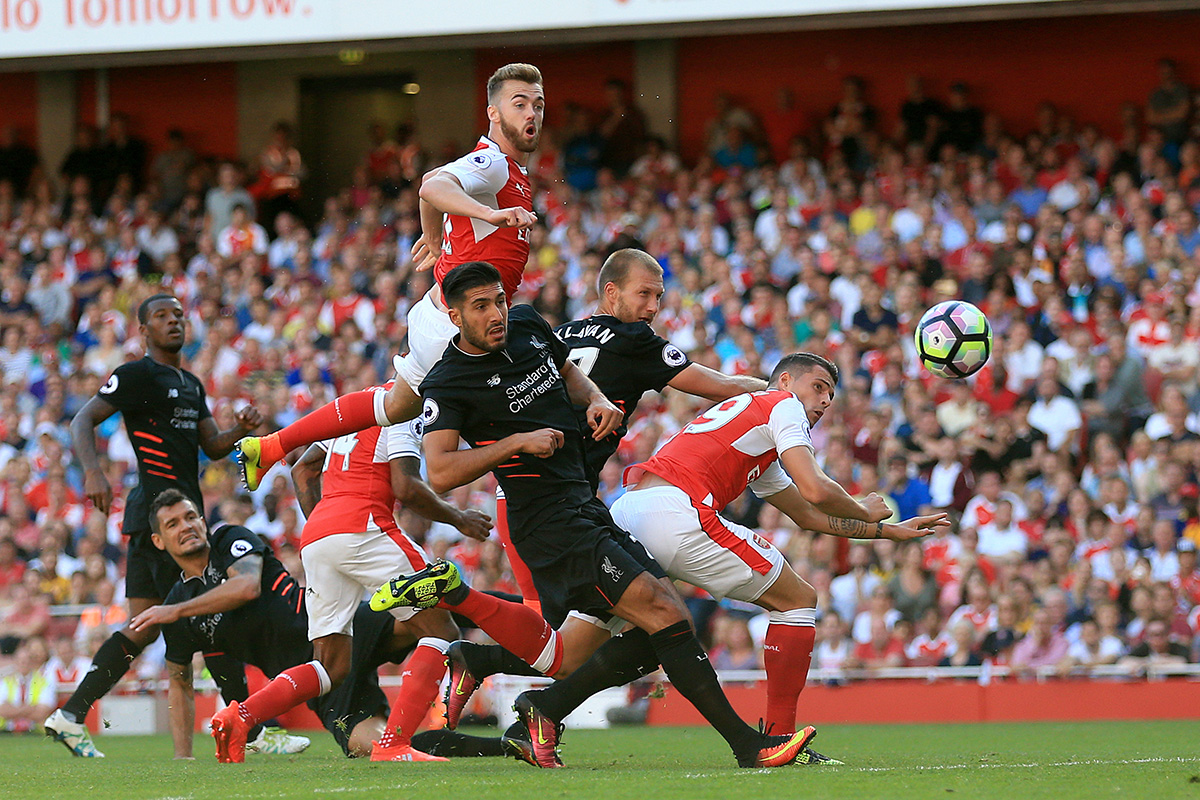 Arsenal have allowed Calum Chambers to move to Middlesbrough on loan. The young defender started and scored in the 4-3 loss to Liverpool on the opening weekend of the season, but he was widely criticised as the team collapsed against the Reds in the second half.

Former Southampton youth Chambers has failed to command a first-team place over the past few years, and the arrival of Shkodran Mustafi from Valencia will only place the youngster further away from a starting spot at the Emirates.

Gunners’ manager Arsene Wenger is keen to keep the player long-term, but viewed the loan deal as a chance to allow Chambers to get some vital Premier League experience.

Since swapping the South Coast for North London in a £16 million switch in 2014, Chambers has made 59 first-team appearances (21 from the substitutes’ bench). While upping those numbers, the Middlesbrough move should also allow him to rebuild his confidence away from the glare of the spotlight shining on the Arsenal defence.

Middlesbrough have been looking at defenders throughout the window and Chambers will be able to fill in across the backline as needed – he has filled in a right-back for club and country in the past. He is sure to return to Arsenal a better player. 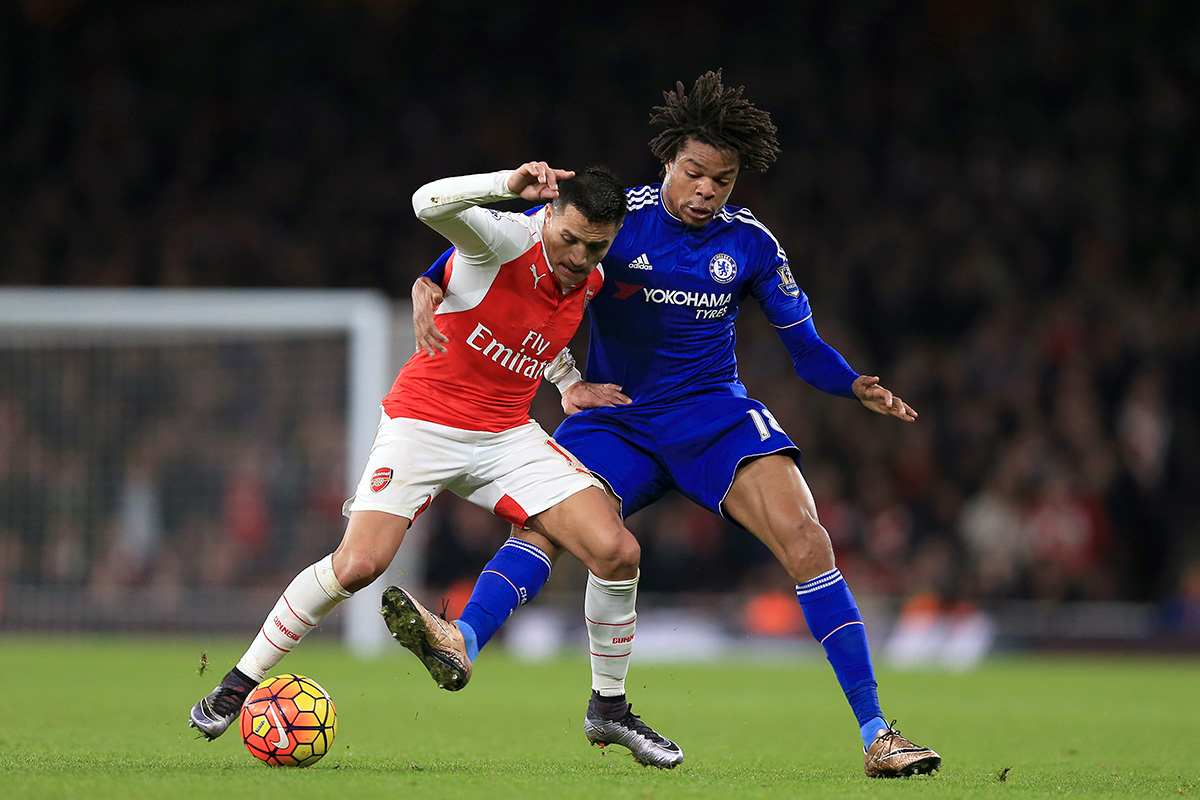 Chelsea striker Loic Remy has joined Crystal Palace on loan for the season, after looking disinterested for the Blues during cameo appearances last term.

He scored just one goal in the league last year, which is a ridiculous return considering his obvious talent. Then again, he made only nine Premier League starts in the two years he spent at Stamford Bridge, so it wasn’t really his fault when he couldn’t find his rhythm.

The Frenchman was consistently overlooked as the team struggled under Jose Mourihno and Guus Hiddink, and it’s clear that he’s not going to feature in the long-term plans at Chelsea under Antonio Conte.

His switch to Selhurst Park may only be a loan deal, but there’s an option to make it permanent if things go well under Alan Pardew. Remy will be reunited with his former boss at Newcastle United, and both will be hoping to get back to happier times after losing their way in recent times. 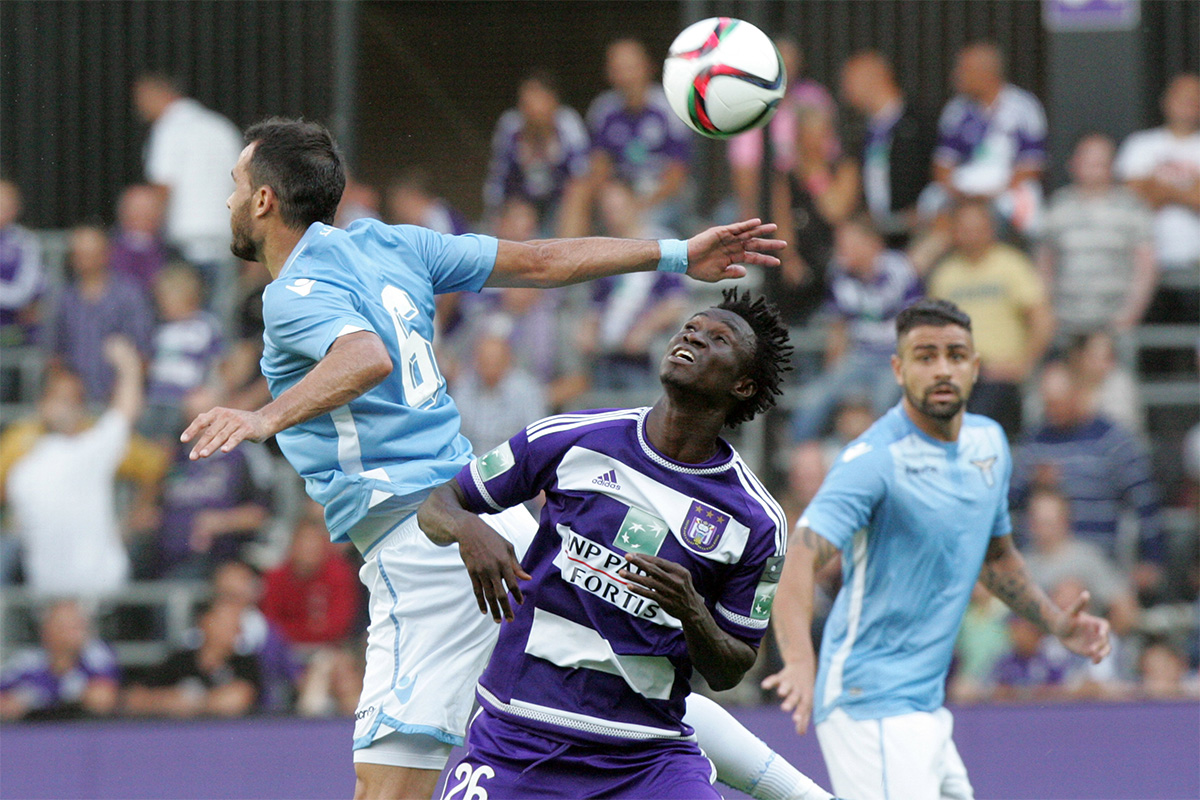 Manager Jimmy Floyd Hasselbaink was pleased to discuss new signing Idrissa Sylla after the Guinea international joined from Anderlecht for an undisclosed fee. Hasselbaink told the official QPR website: “[Sylla] Is very good in the air, and scores quite a lot of goals with his head. He is technically very good, and we feel he will add to the squad.”

The 25-year-old striker will compete with Sebastian Polter and Conor Washington up front as the Rs aim to get promoted back into the top flight. His arrival gives the Championship outfit a better range of options, and Sylla has confirmed that he is excited to now be playing in English football.

His new manager Hasselbaink sees him as an out and out striker, but he can also play on the wing. Sylla could be an explosive force in the Championship this season.

He has 22 caps for Guinea, with five goals so far for his international side. 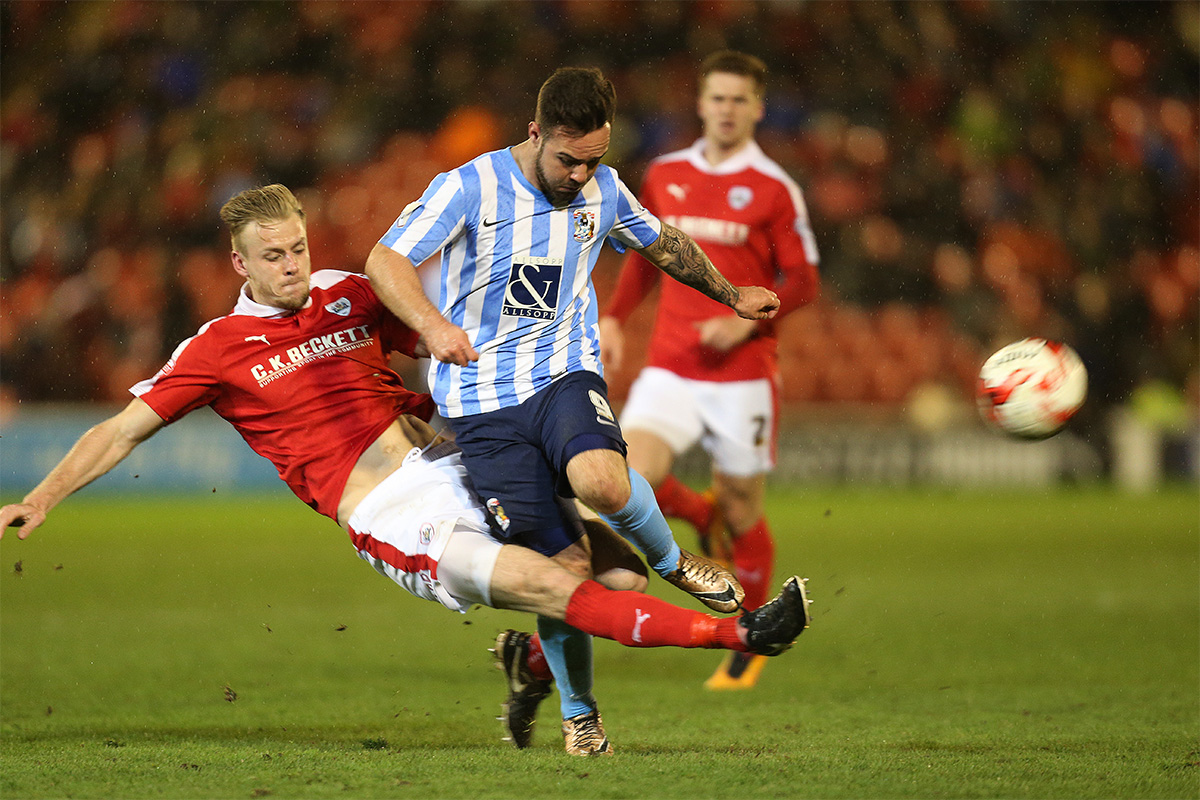 Not too long ago, Adam Armstrong was making his Premier League debut against Manchester United for Newcastle. Even so, a loan move to Barnsley could be a shrewd move for the highly rated forward.

The move will allow the striker to continue his development, after he bagged 20 goals in 40 appearances for Coventry last season. (He’ll also be unable to play against Newcastle when the sides face off due to the conditions of his loan.)

If he can replicate his form of last season, it’ll be a good indicator that he’s ready to start for his parent club. The Championship is an obvious step up from League One, but big things are expected of Armstrong. He’s with Barnsley until January.

He’s still only 19, and it’s easy to forget that he still has a long way to go. 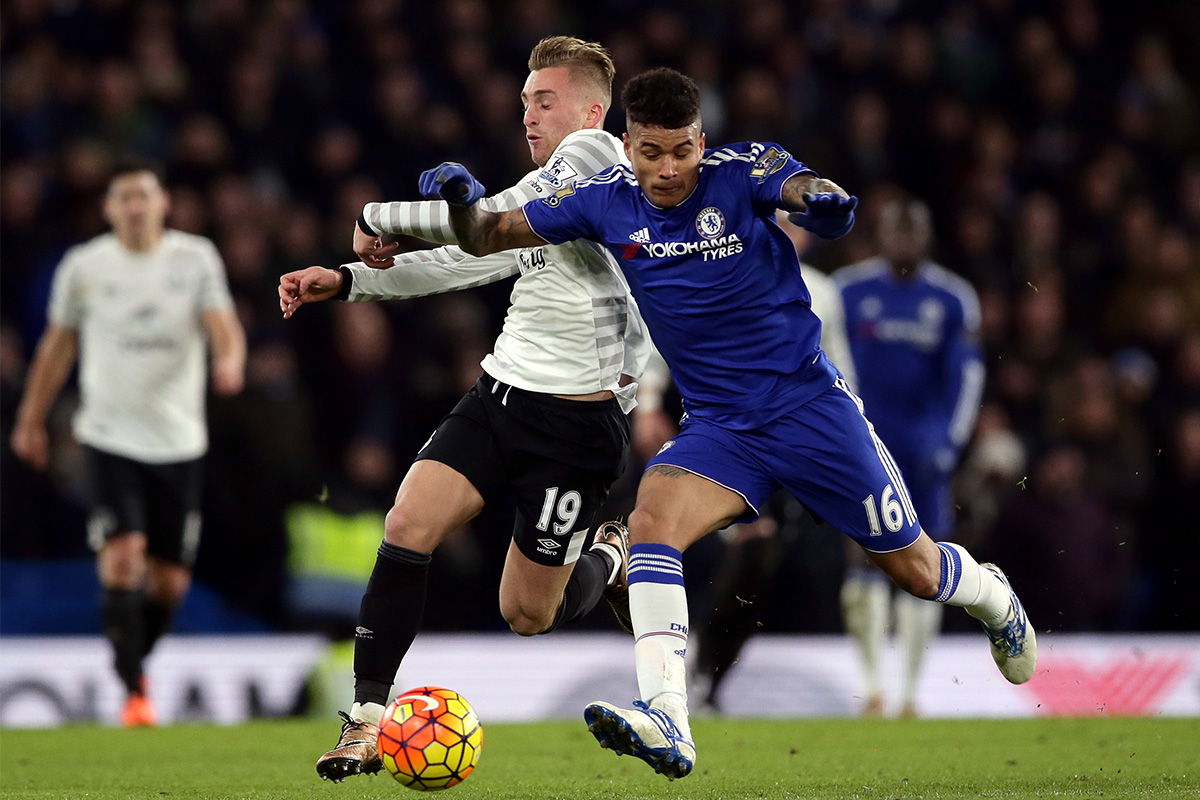 Whispers surrounding a deal for Chelsea defender Kenedy have been floating around for the past three weeks, and Watford have finally confirmed a deal for the Brazilian.

The Hornets have taken the young forward on a season-long loan, and he’s expected to get some decent game time at Vicarage Road.

That being said, Kenedy made 14 Premier League appearances last season – but completed 90 minutes just once – and it’s a shame that he hasn’t been given a chance to prove his worth under Antonio Conte.

Given Conte’s search for reinforcements all summer, why would they let a versatile player like Kenedy go?

Regardless, their loss is Watford’s gain, and he could prove to be the difference as the team attempts to stave off relegation.