Alfonso Pedraza could end up costing Leeds a lot of money.

The winger joined the Yorkshire club on deadline day on loan from Villarreal, but if Garry Monk’s club get promotion, he will make the move permanent for £8.5million.

It is a big fee for a Championship club to pay for anyone, let alone a 20-year-old who has only featured in four top flight games in his career.

He is highly-rated at Villarreal, but every player at the Spanish club has his price and the Leeds deal was too good to turn down. 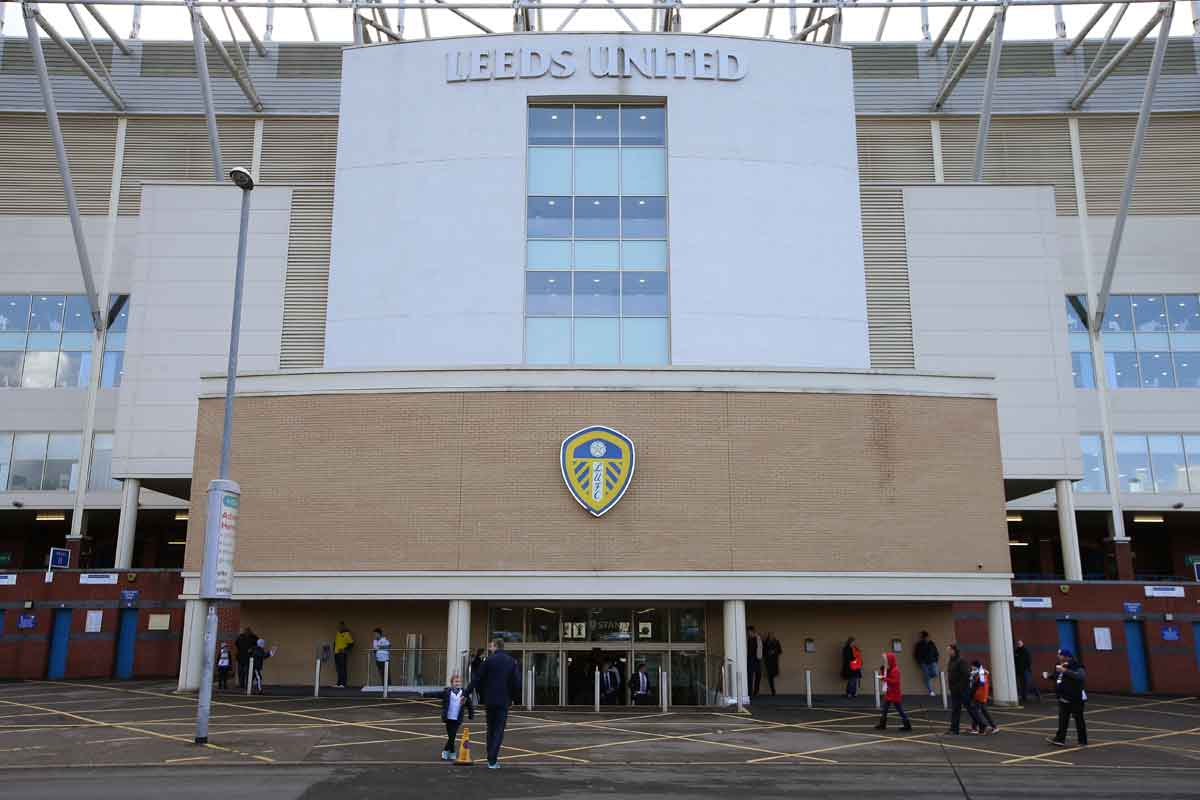 Pedraza’s talent was noticed when he was 15 and he joined Villarreal’s academy, rising up through the ‘C’ and ‘B’ sides, before making his La Liga debut in 2015.

He was a key member in Spain’s European Under-19 Championship success in 2015, and made his debut for the Spain’s under-21s a year later.

The winger was yet to prove himself as part of  the first-team squad at the Yellow Submarine, and headed out to Lugo on loan in the summer.

He made 22 appearances in the Spanish second division, scoring six goals before his switch to England.

What does Pedraza offer?

When Pedraza arrived at Leeds, Spanish football expert Guillem Balague said it was a deal that could be one of January’s best.

“It’s one of the most exciting transfers of the winter even though he’s not very well known,” he told Sky Sports.

“He’s a 20-year-old, he mirrors himself on Denis Cheryshev – a winger who goes forward and works really hard.”

Balague is not wrong, like former Villarreal teammate Cheryshev, Pedraza loves to attack and push forward.

He is also not afraid of using his pace to take a man on, something which will surely get the crowd excited at Elland Road.

The Spaniard showed glimpses of what he has to offer after coming off the bench in Leeds’ 2-1 loss to Huddersfield on Sunday, and he is already making a good impression.

Pedraza looked a very good player when he came on, shame we didn’t see much of Barrow, think is best is yet to come #lufc #mot

Monday positives from yesterday? Team togetherness, taking responsibility and Pedraza….I think he just might tear it up this season..#lufc

If you were looking for someone playing in Spain his first action in a Leeds shirt reminded you of, it was that of Gareth Bale.

Obviously Pedraza is nowhere near as good as Bale, and will probably never reach the level he is at now. 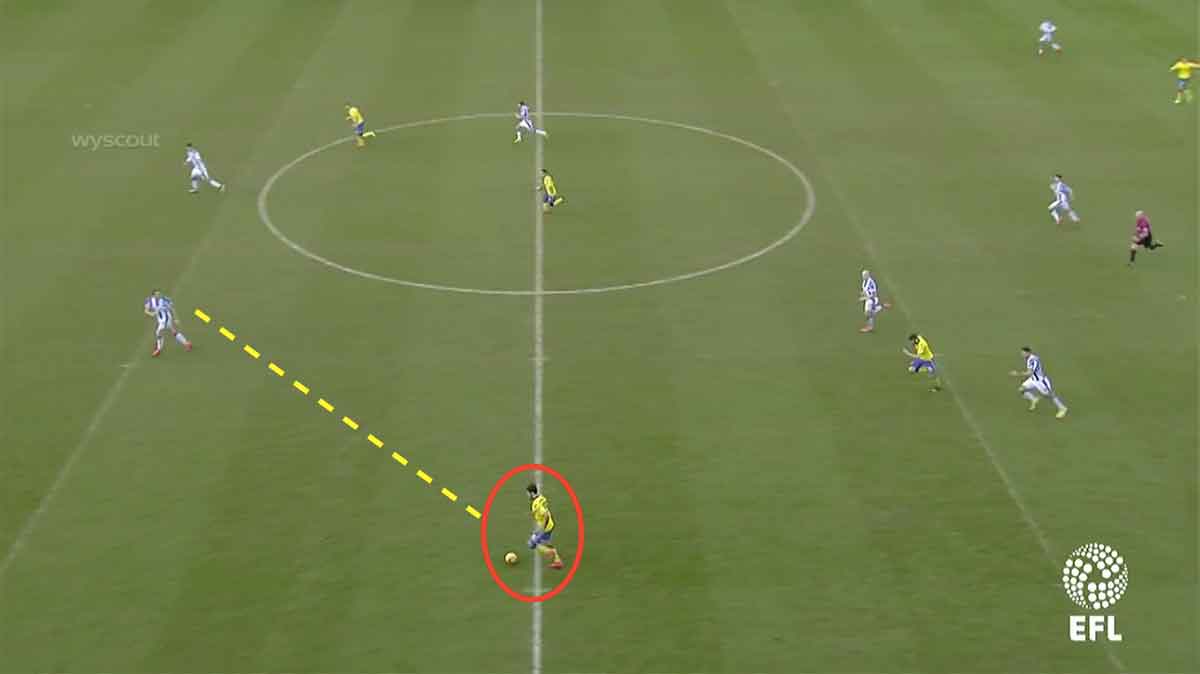 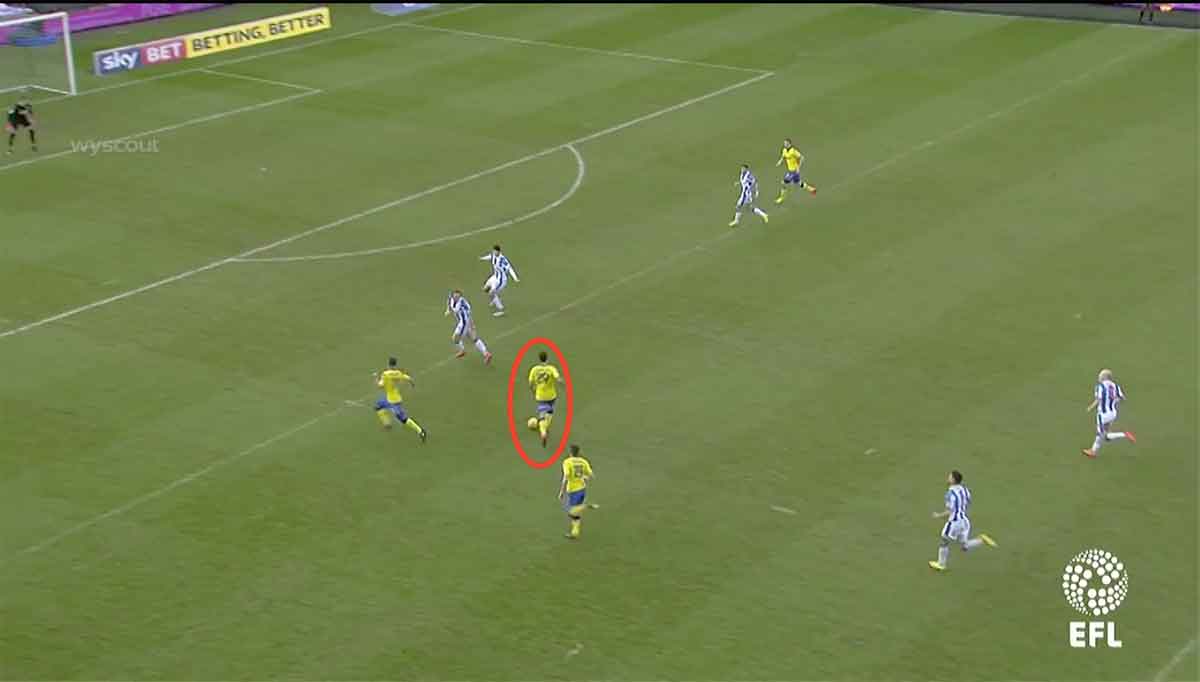 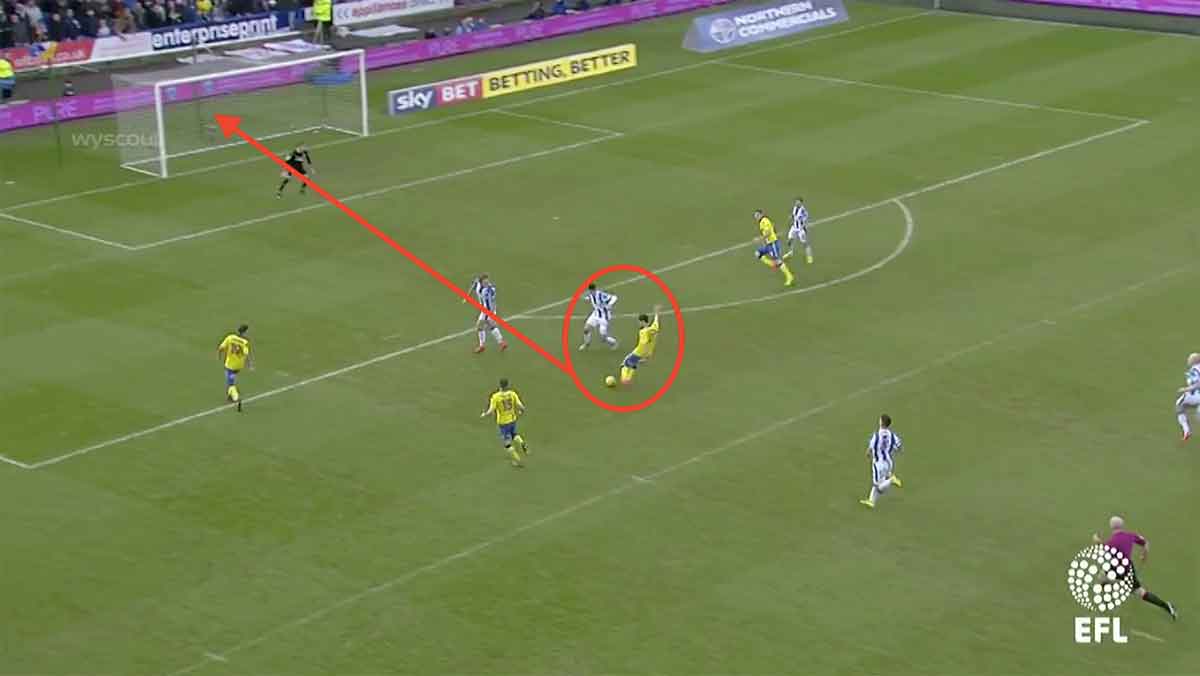 But after picking up the ball, he ran straight at the Huddersfield defence to get a shot away which was saved well.

Crowds love a winger that loves to run, and that was what Pedraza showed his intentions were right from his very first Leeds moments.

As you can see below, in one of his few La Liga appearances for Villarreal, he is not afraid to use his pace to take on players. 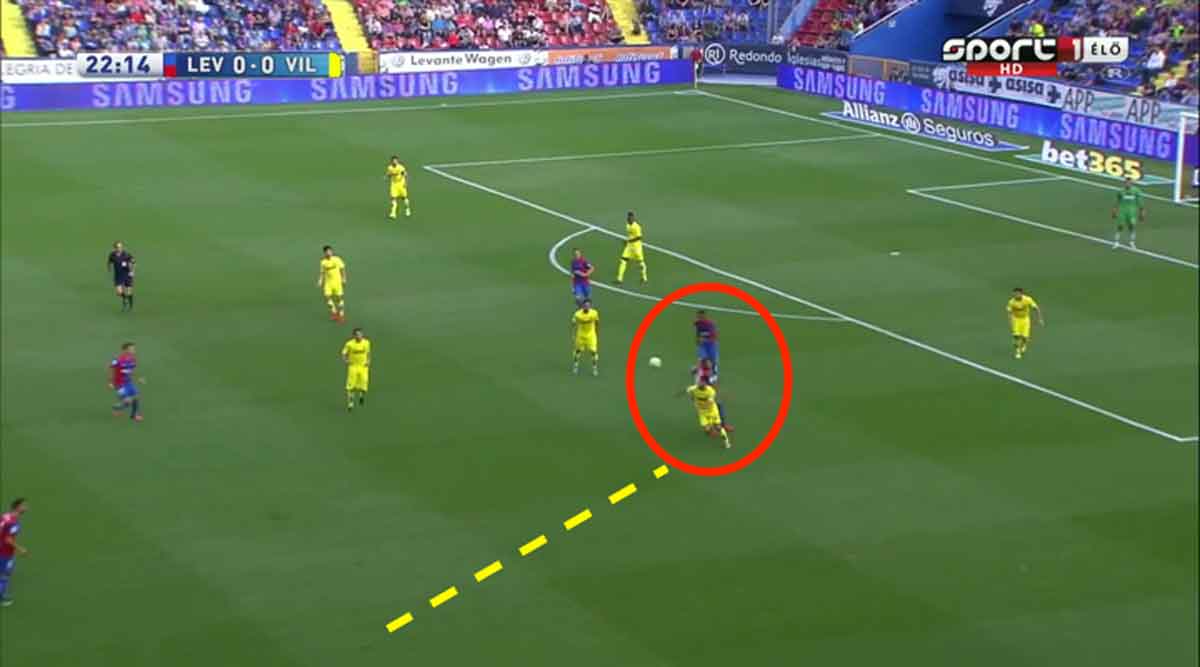 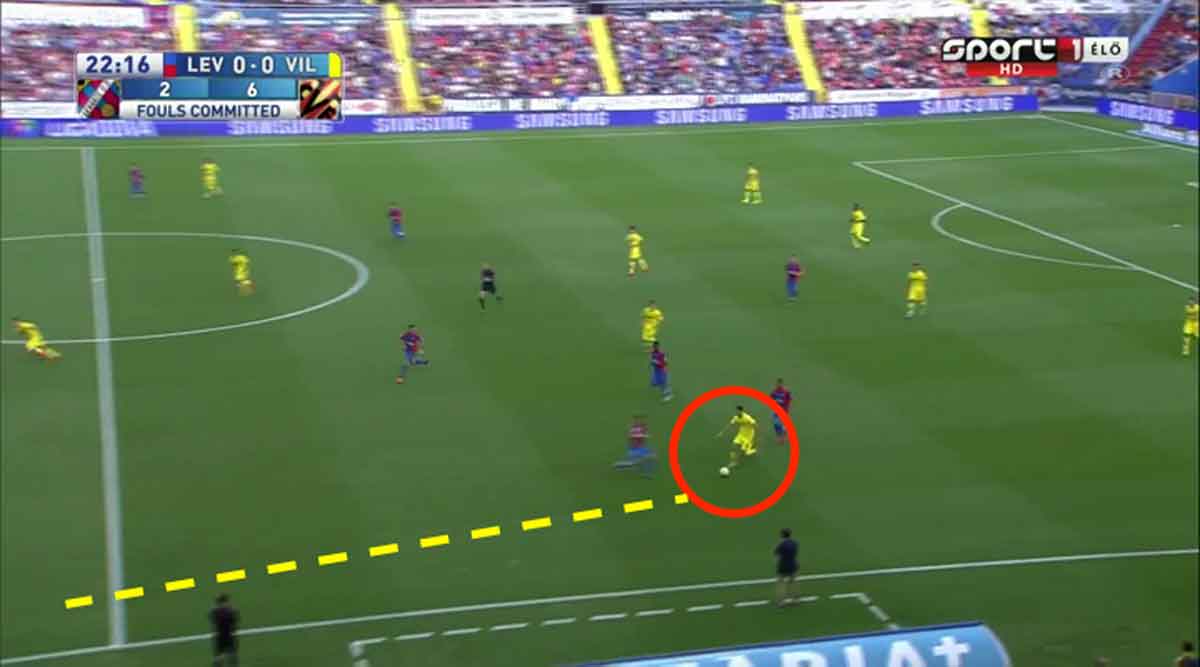 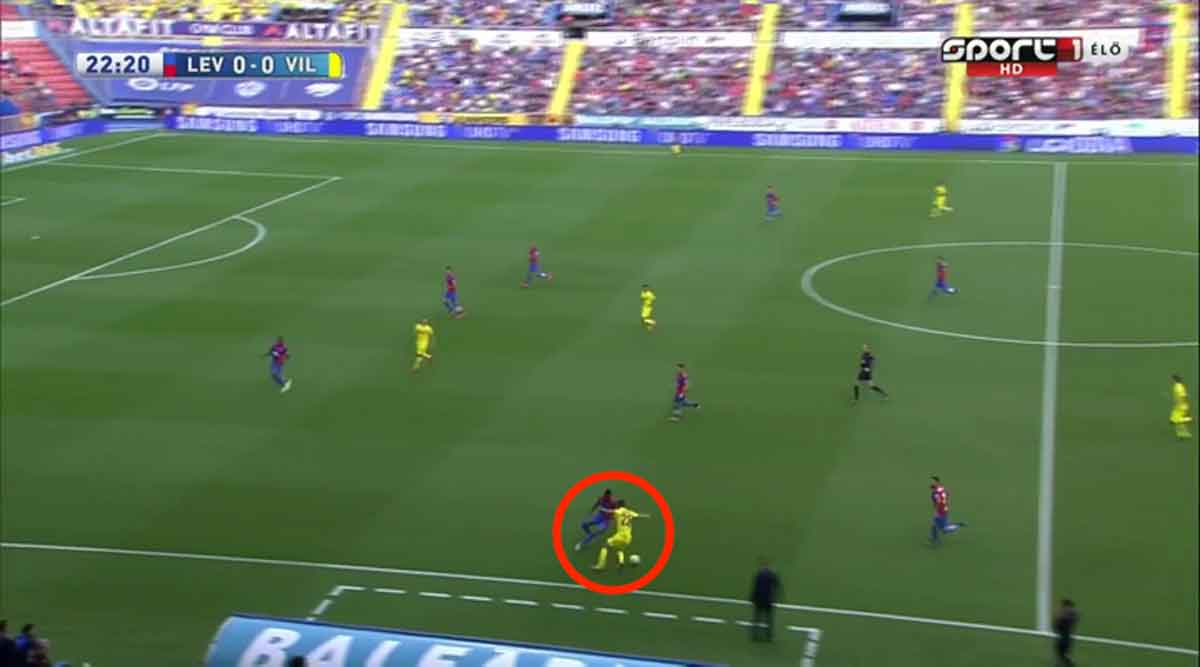 He picks the ball up on the edge of the Villarreal box, before flicking it over the man, and driving into the Levante half.

And as you see below, he impressed in Europe too – for Villarreal against Bayer Leverkusen in the Europa League. 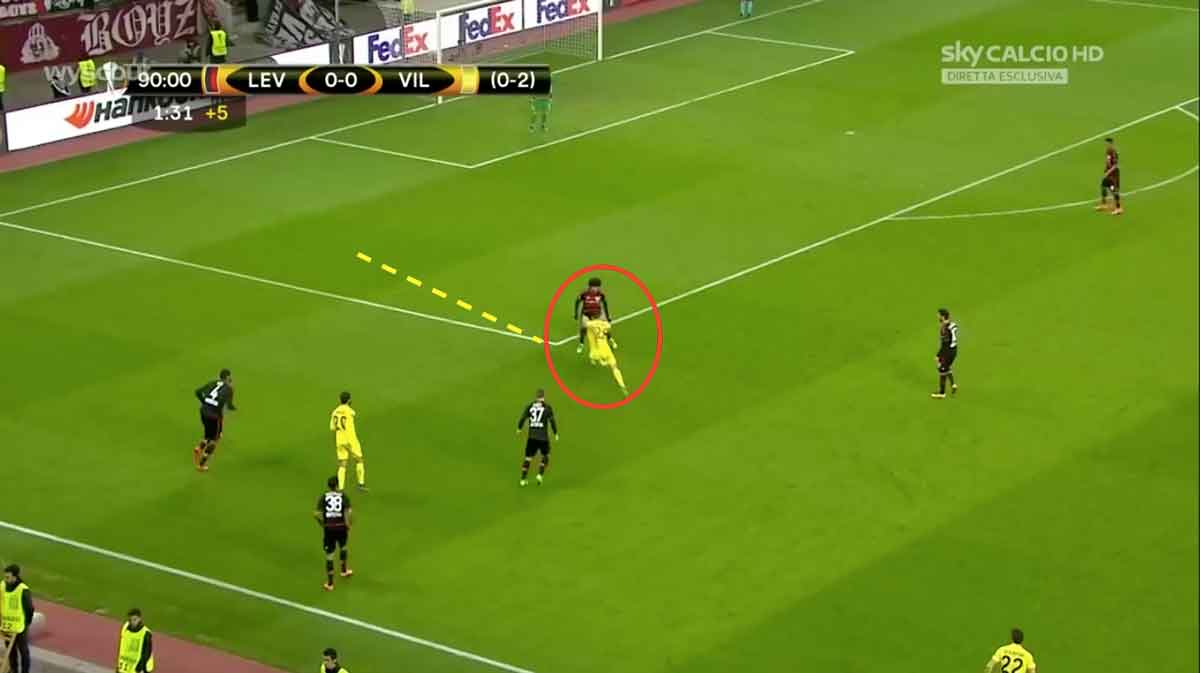 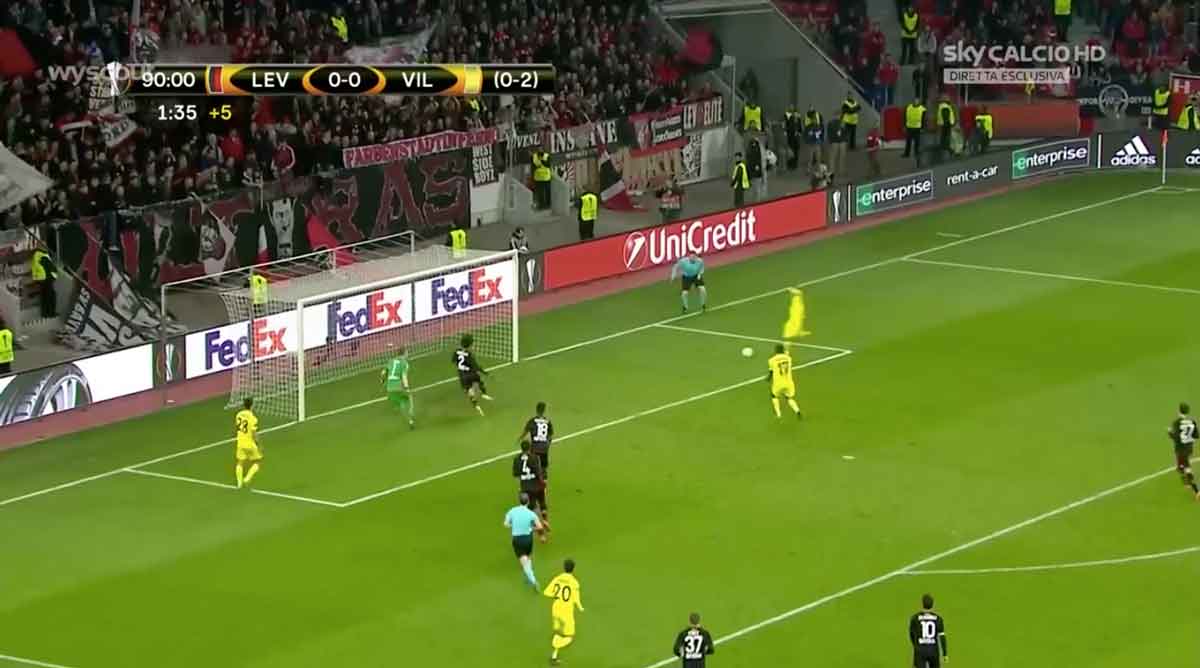 He picks up the ball on the edge of the box, beats his man again before playing the right ball across the box.

It should lead to a goal but a great goalline clearance denies Manu Trigueros.

Again, it is everything fans want in a winger.

He is not all about pace though. 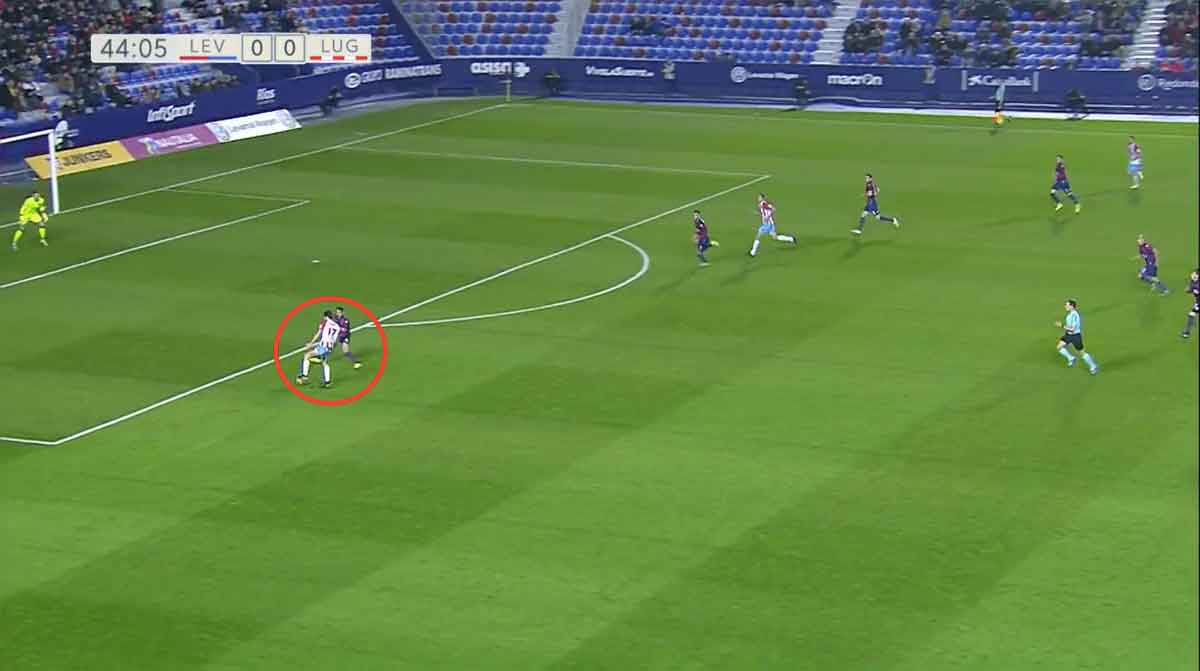 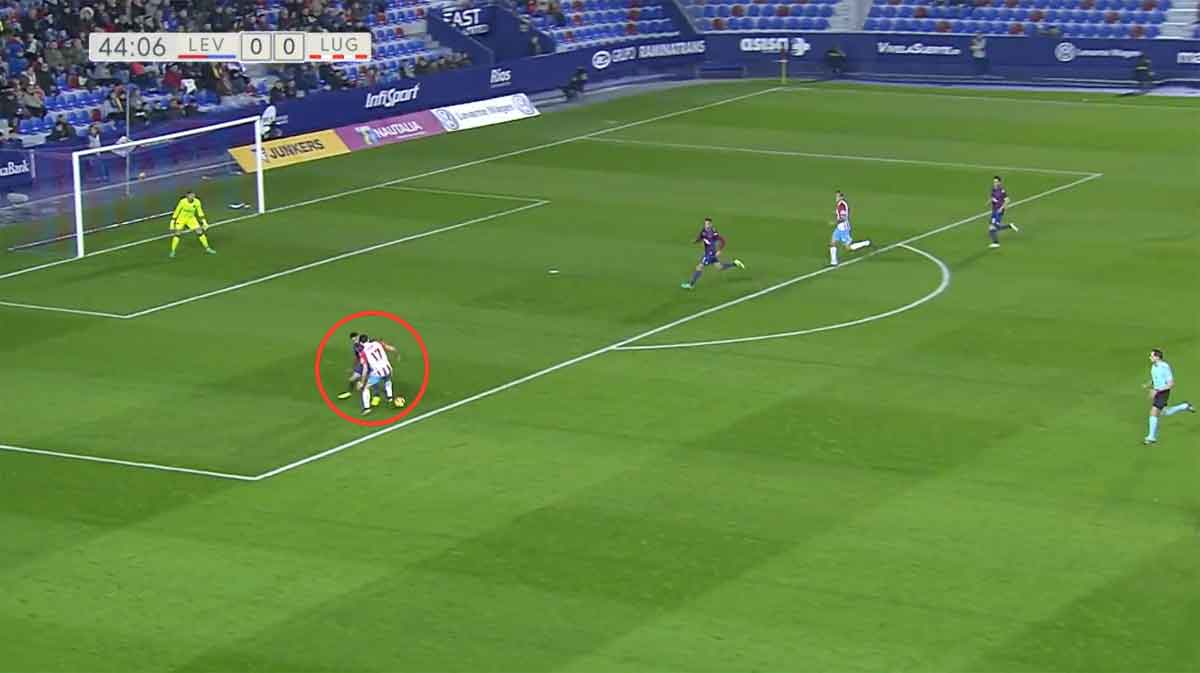 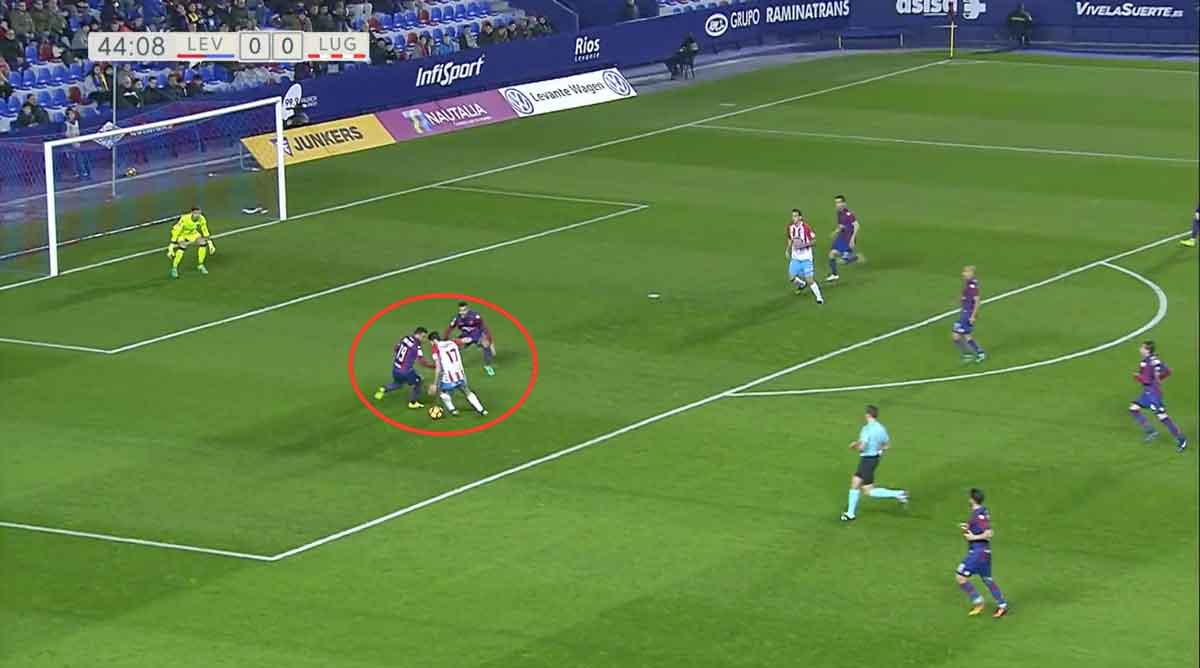 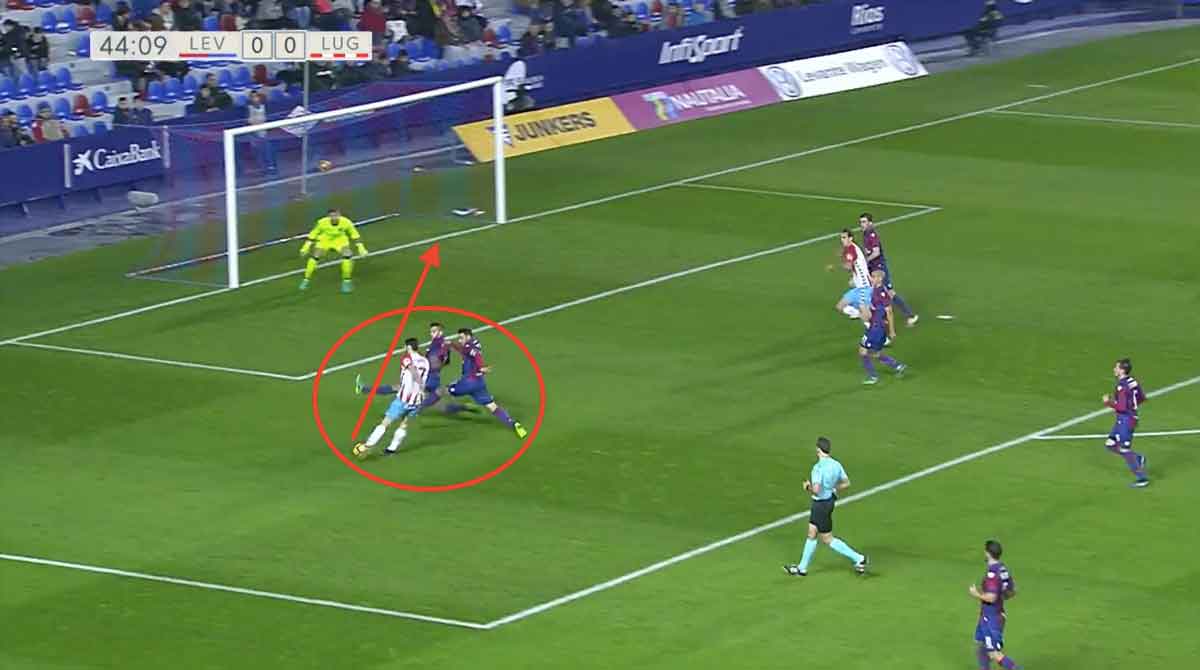 As you can see above for Lugo this season, he is skilful enough to use his quick feet to bamboozle the defender and get a shot away.

Pedraza has all the potential in the world to go to the top of his game.

He turned down moves from bigger clubs to join Leeds because he wanted to play.

The 20-year-old will need to adapt to the English game, and it is not easy for many Spaniards to do so – just look at Jozabed at Fulham this season.

But he has fellow Spaniard Pablo Hernandez at Elland Road, which will surely be a help to him settle in.

Pedraza clearly thinks Leeds can go to the top this year and if he does take them up, it will be exciting to watch him develop in the Premier League.

And for this season, if he can get down the line and put the balls in the box you want from your wingers, it may not be too much of a surprise to see Chris Wood topping the Championship goal scoring chart.

Make sure you watch Episode 10 of Football Whispers TV.