Manchester City fans – and Pep Guardiola – were given a huge boost on Thursday when it was confirmed that new winter signing, Gabriel Jesus, had been cleared to play against Tottenham Hotspur at the Etihad on Saturday.

“Gabriel is a technically gifted player who was chased by some of Europe’s biggest clubs and we are delighted he decided to join City,” director of football, Txiki Begiristain told the club’s official website.

“He has the potential to become one of the best attacking players in the game and we look forward to watching him develop further here in Manchester.”

The blue side of Manchester have been keeping the player under wraps, trying to help him settle to life in the north of England as quick as possible.

“City is a Club that always competes for the title in the competitions it enters, so that was an important factor, and because of the manager, [Pep] Guardiola, and the squad,” admitted Jesus.

“I want to win titles and Manchester City is a club that is used to winning.”

Everyone gets excited when their club signs a Brazilian, especially someone so young and so potentially talented, however, it’s not always the case that things work out well. Especially in Manchester, definitely not at the Etihad.

Some other Brazilians have not fared as well as first hoped. 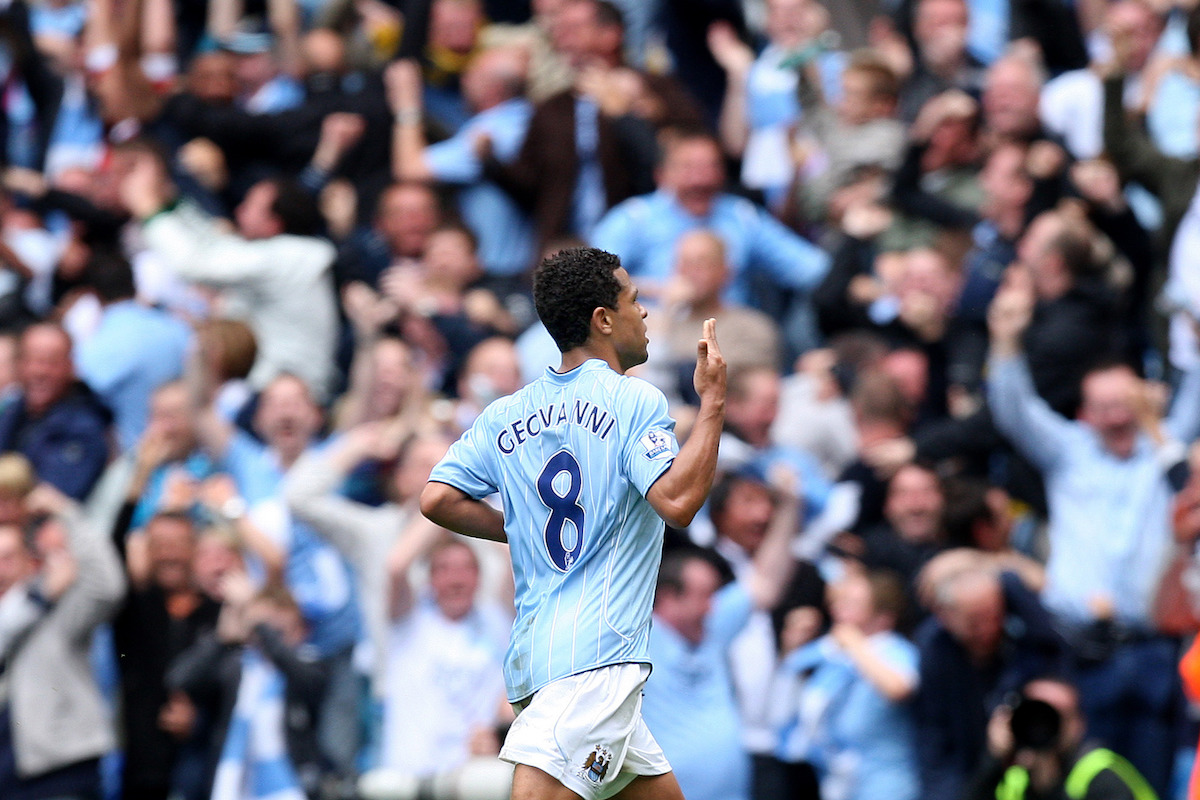 Signed from Cruzeiro on a free transfer in 2007 by Sven-Goran Eriksson, great things were expected when after scoring on his debut against West Ham United at Upton Park, he then picked up the winner against United in the Manchester derby.

He would only score one more goal in his next 20 appearances and when Mark Hughes arrived, the attacking midfielder was not offered a new contract.

Versatile in his position, Geovanni could play anywhere along the attack. He was a rare player in the Premier League in that aspect. Moving in between the lines, his movement would catch teams out, then he had the magic in his right foot – as Hull City fans found out – to score from distance.

He just wasn’t consistent enough and that continued when he was picked up by the Tigers. 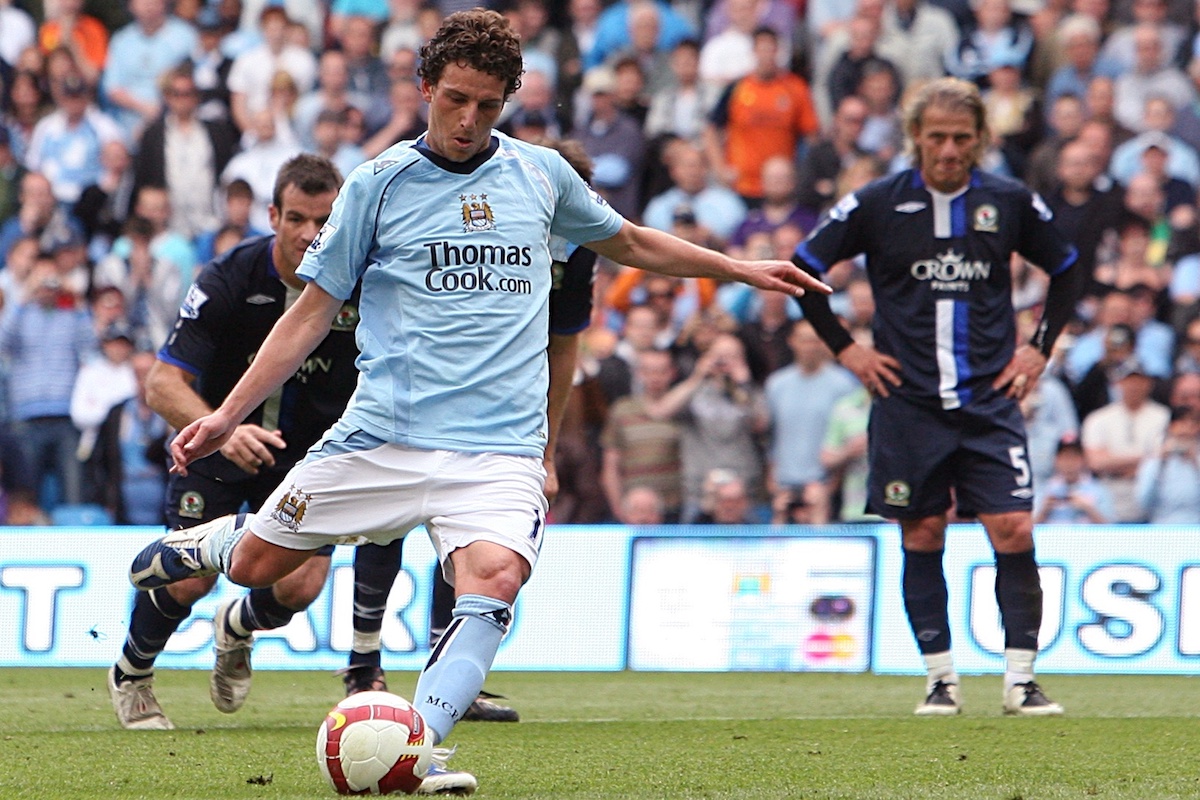 Before Fernandinho, Elano was the first Brazilian to make the jump from Shakhtar Donetsk for £8million in 2007. He joined the aforementioned Geovanni and jumped on the scene in that opening day win over West Ham.

A stunning free-kick against Newcastle United opened his account, goals against Middlesbrough and Birmingham City. With Geovanni in front and Michael Johnson beside him, they formed an exciting trifecta.

Injuries around him affected his performances, even leading to the Brazilian playing at right-back.

His last goal in his first season came from an unforgettable game, losing 7-0 to Boro, Elano scored the consolation in an 8-1 thumping. He didn’t celebrate, his time at City would struggle from that point on. 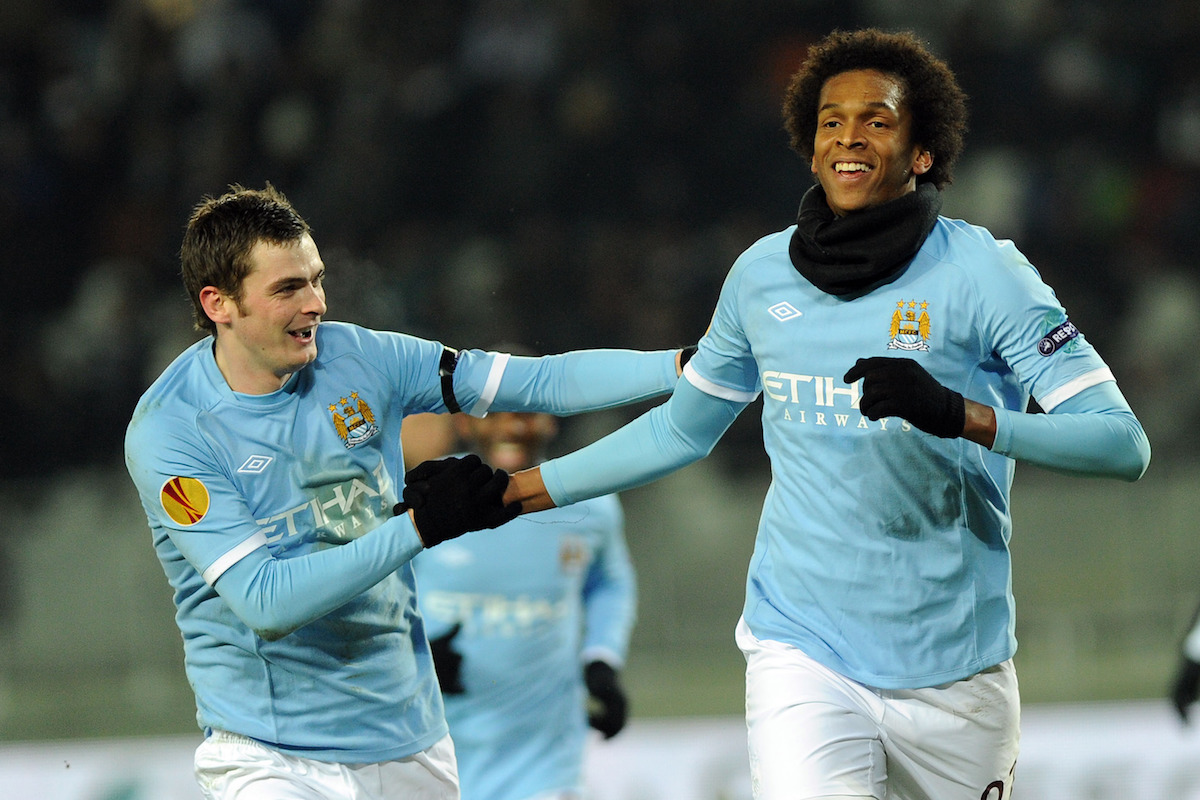 It was a statement signing when it happened, £19million the then-club record fee paid to CSKA Moscow in 2008. It was understandable, after 64 games for the Russian side, he had scored 35 times, that’s why City pounced.

He couldn’t live up to the expectations. After arriving back from the Olympics in 2008, he set up goals against Sunderland and Portsmouth, plus scoring his first against Pompey.

That was his first and last league goal for the club. He looked like a shadow of the player that excited in Russia.

Two loan spells at Everton followed, but returning to Brazil in 2009 without permission and the Toffees cancelled his contract. Later, he admitted to having problems with alcohol while he played.

“I put the drink first, because it takes you to other situations,” Jo told Globo.

“For example, I could get a drink here at home, or two, or three, with my wife and friends.”

“Then, if I did not play, I began to drink at home. And then I’d go out. [Alcohol] makes you do things you did not want to do. 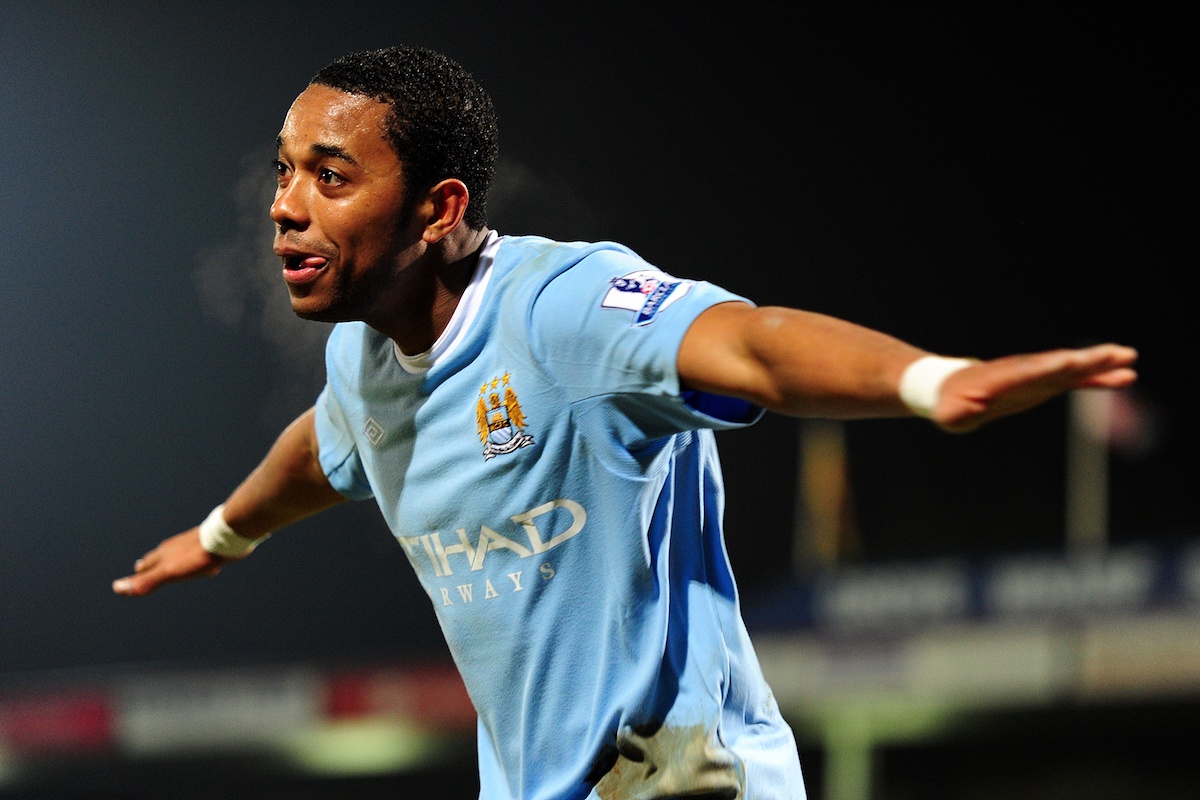 Robinho, signed from Real Madrid for £32.5million in a deadline day move. The Abu Dhabi United Group arrived on the last day of the summer transfer window, the Brazilian was a statement signing, rather than a game-changer.

It was a point to show that City were in the mix and that they could attract players from the top teams, pay the big money and put big names on the pitch.

He started so well, finishing as the club’s top scorer in his first year, but with an injury-hit second campaign, he was soon on his way out and a loan to Santos was followed by a £15million move to AC Milan.

With 16 goals and 12 assists, he wasn’t a complete disaster, but he never hit the heights that he showed at the Santiago Bernabeu.

Robinho may not have been a superstar, but without his signing there would be no Sergio Aguero or Yaya Toure. 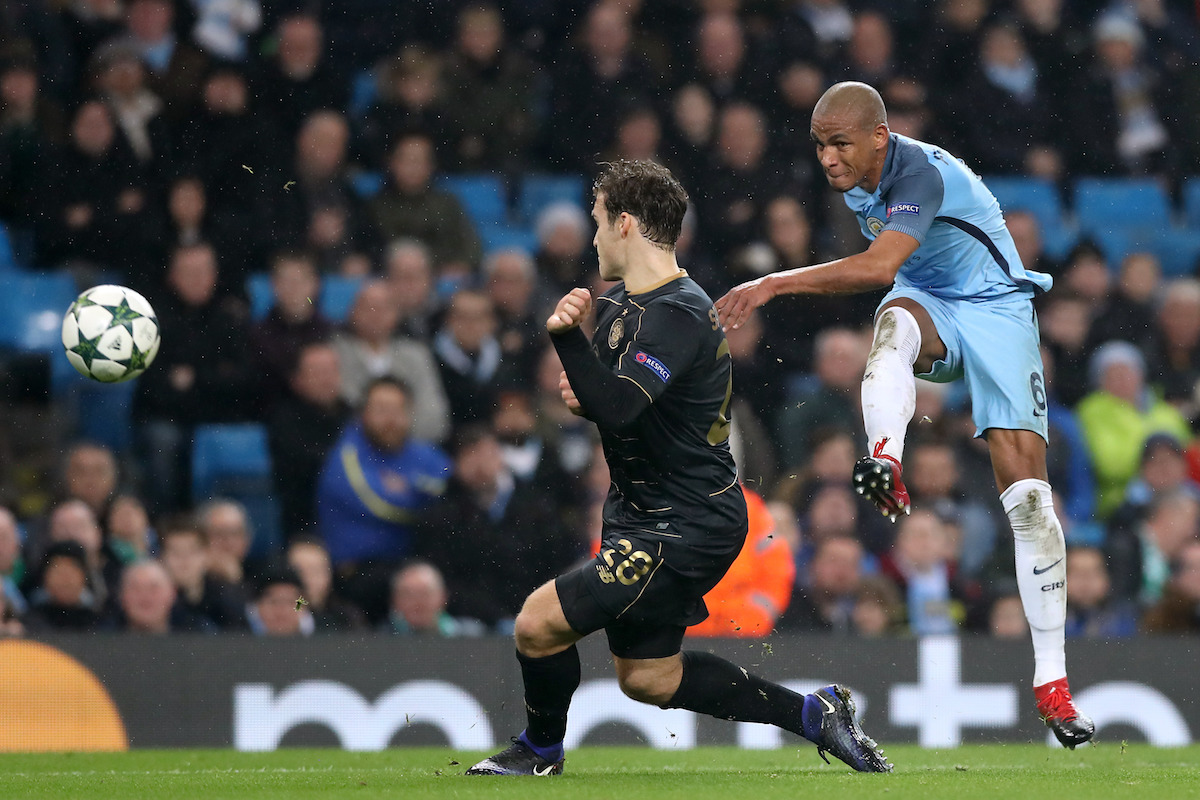 The only Brazilian on this list that is still part of Pep Guardiola’s team. He may have cost just under £13million, but he arrived from FC Porto with a reputation. The 29-year-old hasn’t hit the heights as expected.

“It’s really hard,” Fernando admitted last season. “I haven’t reached my level here yet and the language is a problem. The Premier League is very challenging.”

After struggling to settle, Fernando is now in his third season, but has only started five times in the league under Guardiola. Dropped to the bench against Liverpool, he didn’t feature in the last two games.

His time in Manchester looks to be winding down, with namesake Fernandinho the much better of the two, Fernando might go down as one of City’s most unmemorable Brazilians.

Gabriel Jesus will be hoping he doesn’t go in the same direction. His journey could start against Spurs on Saturday.

Leander Dendoncker has had to be patient. The Belgian midfielder, having joined Wolves in the summer from Anderlecht, did not start a Premier League game...

Moura can be the ‘new signing’ Tottenham fans wanted

It has been a waiting game for Lucas Moura following his January move from Paris Saint-Germain to Tottenham Hotspur. The 26-year-old Brazilian has had to...

West Ham are a proud club. Not necessarily because of a rich history of success on the field as their collection of silverware is relatively...

A winner of nine major titles in his club career and twice a Champions League finalist, Alex Sandro is rightfully regarded as one of the...

Forget parking the bus; there’s only one way to beat City

It’s been a rough week for Manchester City, but perspective is needed. They’re still 13 points clear at the top of the Premier League with...

Pogba can dance to his own tune after silencing doubters

The knives come out very quickly for Paul Pogba when his performances fall short of expectations. The world’s most expensive player when he made his...

Liverpool’s transfer policy over the last decade has come under serious scrutiny on a number of occasions. From the strange sporting directorship of Damien Comolli...

The winds of public opinion have always blown strongly against José Mourinho. It’s never bothered him. In fact, he has always revelled in the attention,...