The latest instalment of the immensely popular EA Sports FIFA video game series officially hits the shelves today (Thursday 29 September), and millions of gamers will be eager to jump straight into the revamped Career Mode. Total Club Management mode will give players more control than ever before, and there’s no greater feeling than building the perfect squad.

Career Mode is a marathon rather than a sprint, which is why you’ll have to keep one eye on the future. With this in mind, investing in young prospects who can be developed into world-class stars is an essential part of perfecting your virtual team.

So, who are the wonderkids that should be on your shortlist? Let’s take a closer look…

Manchester United’s academy graduate has enjoyed a phenomenal rise to fame since bursting onto the scene with goals on his Europa League and Premier League debuts in February. Judging on the evidence that we’ve seen so far, Rashford has all the attributes to become a truly world-class striker. Those sentiments are certainly reflected by his potential on FIFA 17.

Starting with an acceleration rating of 91, as well as a 76 for shooting, Rashford is more than capable of making an immediate impact for your team – even if it is in a rotational role.

Physically, Rashford isn’t fantastic at the start of career mode, but he will grow. Given that his overall rating is capable of swelling to 88 too, it won’t be any surprise if the Manchester United star tops the transfer wish list for millions of gamers.

You will need to offer a decent sized contract and transfer fee to acquire his services, but he could become your main man for years.

On FIFA 16, Mauricio Lemos was a distinctly average player for Rubin Kazan. Just 12 months later, and the now-Las Palmas star is anything but. The Uruguayan starts with an overall rating of 80, and has the potential to become one of the greatest defenders on the new game.

In fact, Lemos is capable of reaching a level of 88. The 6ft-tall star defender is quick, powerful, and already boasts fantastic stats. With a rating of 85 for both interceptions and sliding tackles, he should be more than capable of bolstering your defence from the moment you buy him. 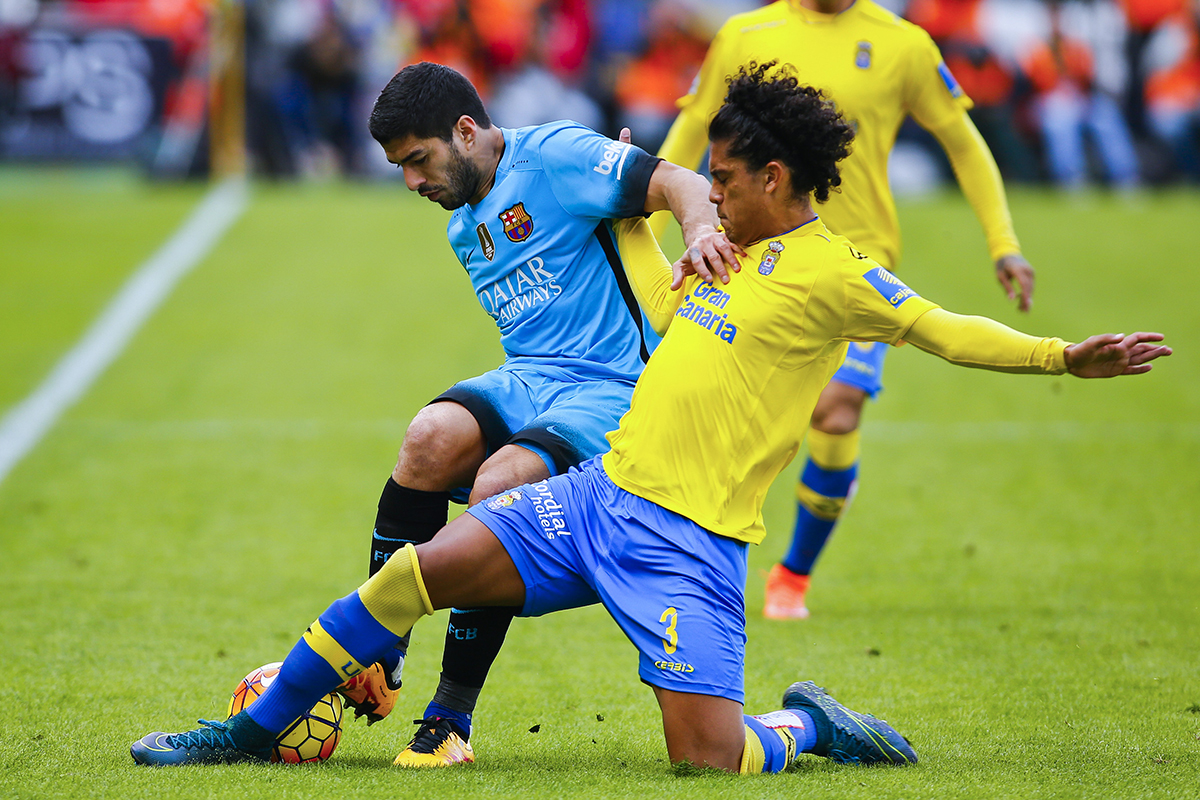 Using his real life evolution as a barometer, it’s easy to see why EA have given the defender such a high potential rating – after all, Barcelona have previously tried to sign the centre-back. It could be argued that the starter rating of 80 is a little premature, but no virtual manager that signs the player will be complaining.

Las Palmas will demand a hefty transfer fee, but it will be reasonable for a defender rated 80. Given his potential, he could be one of the greatest signings you’ll ever make.

When it comes to young goalkeepers, AC Milan’s Gianluigi Donnarumma will be the most commonly searched name by FIFA 17 managers. However, Toulouse custodian Alban Lafont is capable of becoming almost as good, and is the far easier option if you’re in control of a more modest team.

In the real world, Lafont enjoyed a productive 2015/16, which caught the attention of Arsenal amongst others. On FIFA 17, every goalkeeping stat – other than kicking – is above 70 for the Frenchman, which makes him an ideal substitute goalkeeper even at the start of his career. By the time he hits 20, he’ll almost certainly be your No1. 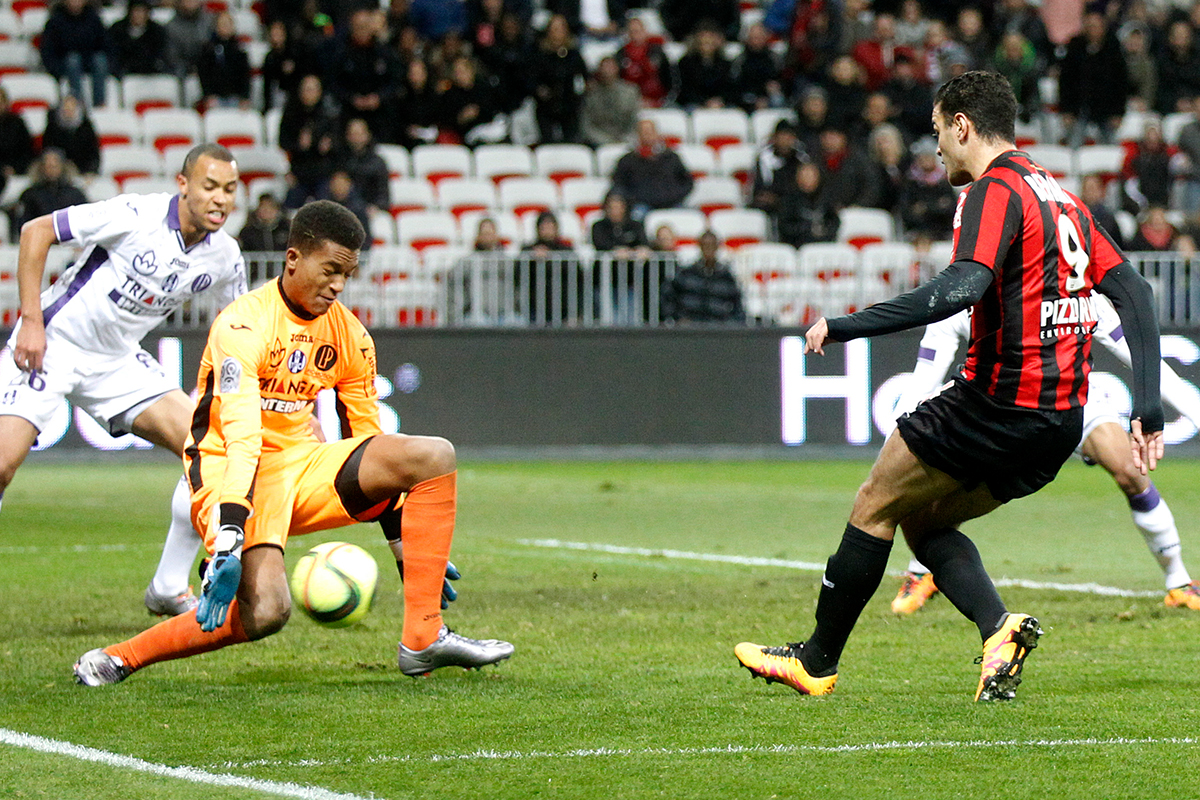 Depending on the club you manage, you may well end up loaning him out in those opening seasons. As a long-term investment, though, Lafont is a worthy addition to any team. Better still, Toulouse are unlikely to hold you to ransom either.

Every FIFA player knows how influential a great goalkeeper can be to the team. Sourcing one that can serve you well for 15 years or more should be a top priority; Lafont is the perfect solution.

Ousmane Dembele was one of the great success stories of European football in 2015/16, and his fine form was rewarded with a dream transfer from Rennes to Dortmund. In the world of FIFA, his starter rating has been boosted up to 77, but he has the potential to do so much more.

Players of FIFA 16 will know that Dembele had bags of potential in last year’s edition of the game, but he’s capable of surpassing those feats in FIFA 17 by reaching a maximum rating of 90. Quite frankly, he can become a beast for any team. 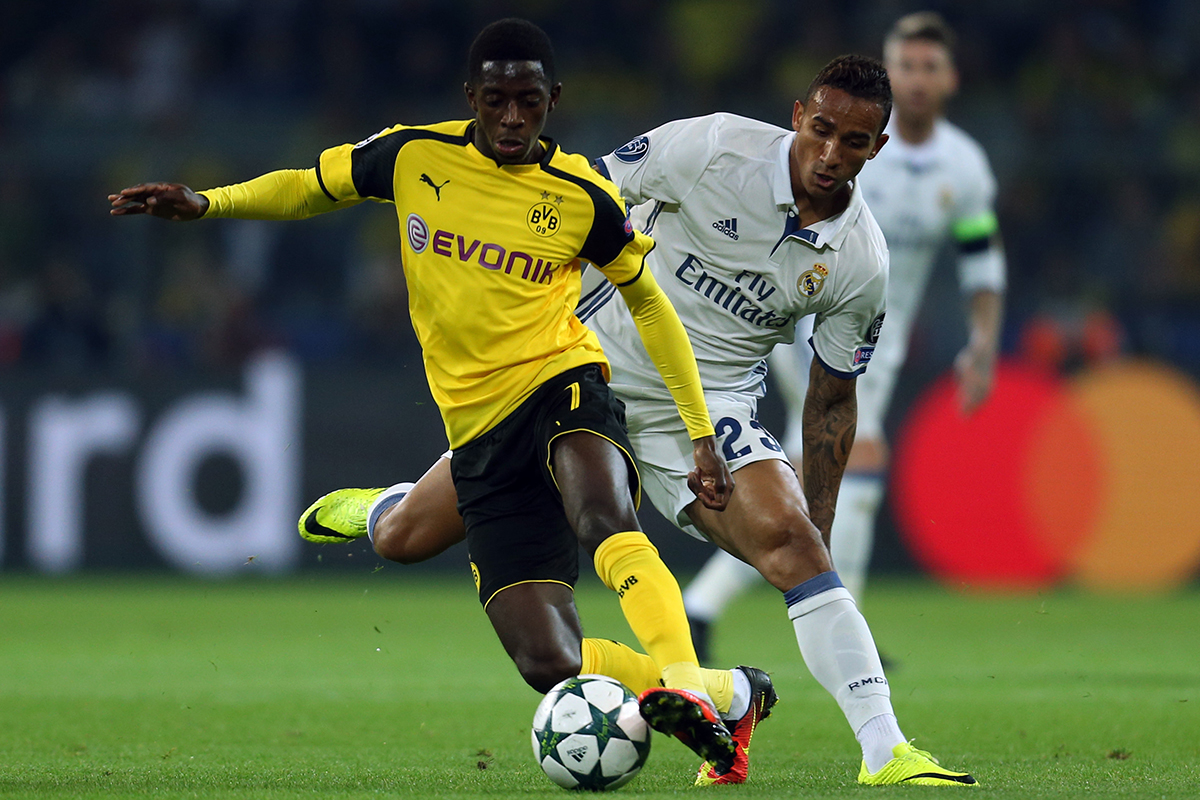 Even at the start of your career mode, Dembele can play a crucial role. He has all the attributes you’d want: his speed, ball control, dribbling and shooting are all above 75, while his passing is 72. If you can find a way to improve his crossing, he will become the perfect all-round winger.

If you can’t, those stats are perfect for him to perform in his secondary role of CAM. In truth, that versatility to play across the attacking line makes him a must-have addition for any squad. Just make sure you buy him fast because his value will rise rapidly.

Anderlecht’s teen sensation has seen his rating boosted up one point to 77 for this year’s edition of FIFA, making him one of the most talented teenagers on the game. By the time he reaches his peak, he’ll be one of the best players outright.

It’s not hard to see why the youngest Belgian to ever play Champions League football is such a hot prospect on the game. After playing almost 150 senior matches at Anderlecht, the EA scouting team have had ample opportunity to see his unmistakable talent. 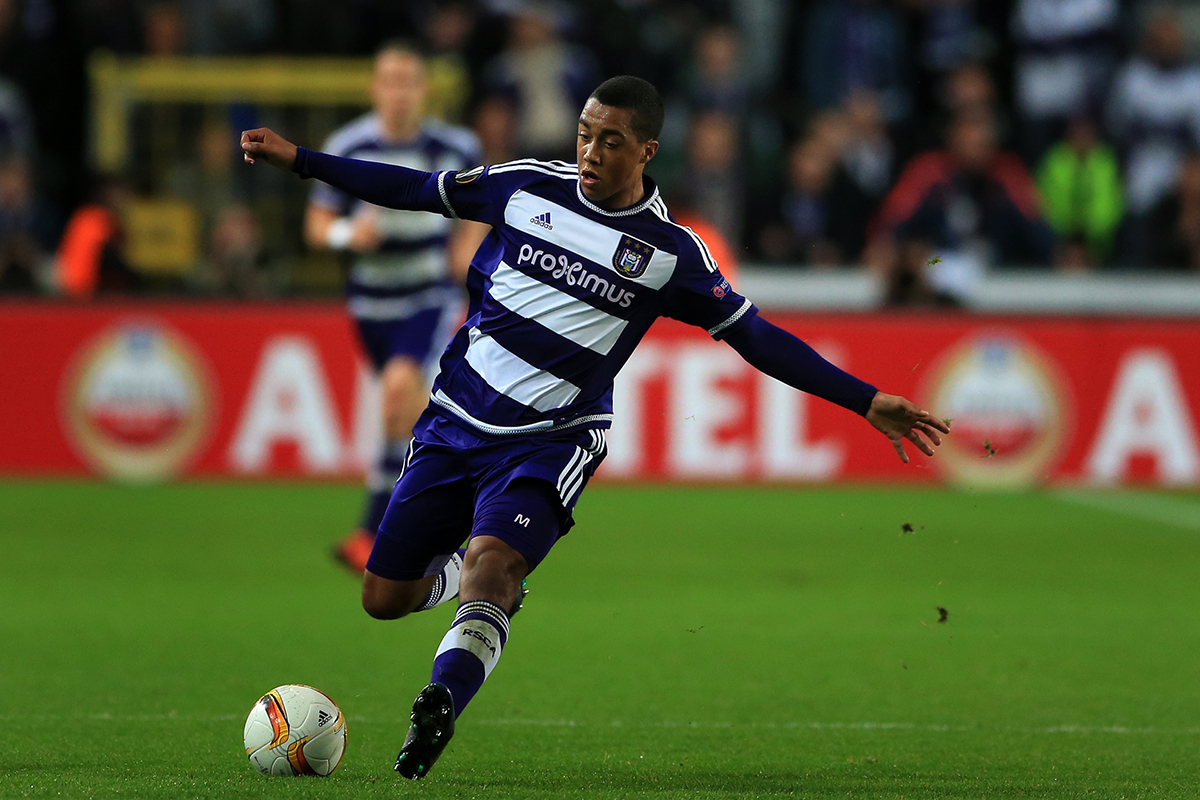 As a five-star skill player with an immediate rating of 77, he is a fantastic addition to most squads from day one – especially if you’re fond of a long pass. Once Tielemans has developed his shooting skills, he can become a fantastic attacking midfielder too.

Dortmund’s Mahmoud Dahoud is another option, who you may want to pair Tielemans with depending on your formation. If you only have the space and funds for one upcoming central midfielder, though, the Belgian is cheaper and boasts even more potential.

FIFA 17 is loaded with upcoming French left-wingers – Anthony Martial and Kingsley Comann lead the way in possessing the ability to reach a rating in excess of 85. However, there is a far cheaper option in the form of Monaco’s Kylian Mbappe-Lottin, and he’s the perfect first signing for any manager looking to build a dynasty.

The French teenager might start with fairly modest stats, but his speed makes him a decent addition from the bench. In truth, you aren’t going to see the best of Mbappe-Lottin until you’re at least four seasons into your career; once you do, though, you’ll see that the wait was well worthwhile. 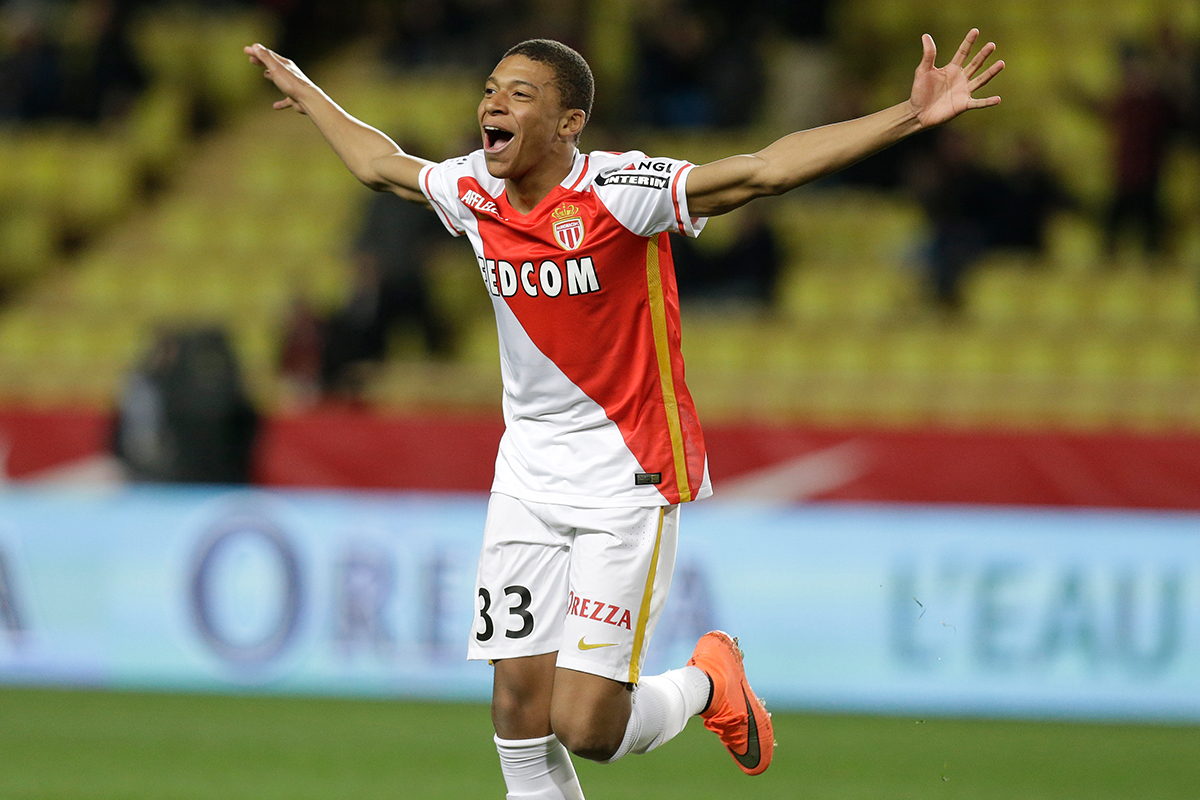 His potential ratings boost of 16 is up there with West Ham’s Reece Oxford as being one of the best in the game. There are other fast young wingers too, including Chelsea’s Charly Musonda (on loan at Real Betis), but Mbappe-Lottin is the pick of the bunch.

The right-footed star can play on the right wing too, which is another great option. Most managers, however, will prefer to see him dominate the left channel in a not too dissimilar fashion to Neymar.

This summer saw Alen Halilovic become the latest highly-skilled Barcelona prodigy to fall victim to the impossible task of breaking into the world’s greatest attacking unit. But don’t be fooled by his sale; the Croat remains one of the hottest prospects in world football, and is an absolute must for any manager on FIFA 17.

Hamburg’s new signing starts the game with a rating of 79, and is more than capable of holding his own in most teams. By the time he reaches 23, he can be the star man that you build your entire squad around. 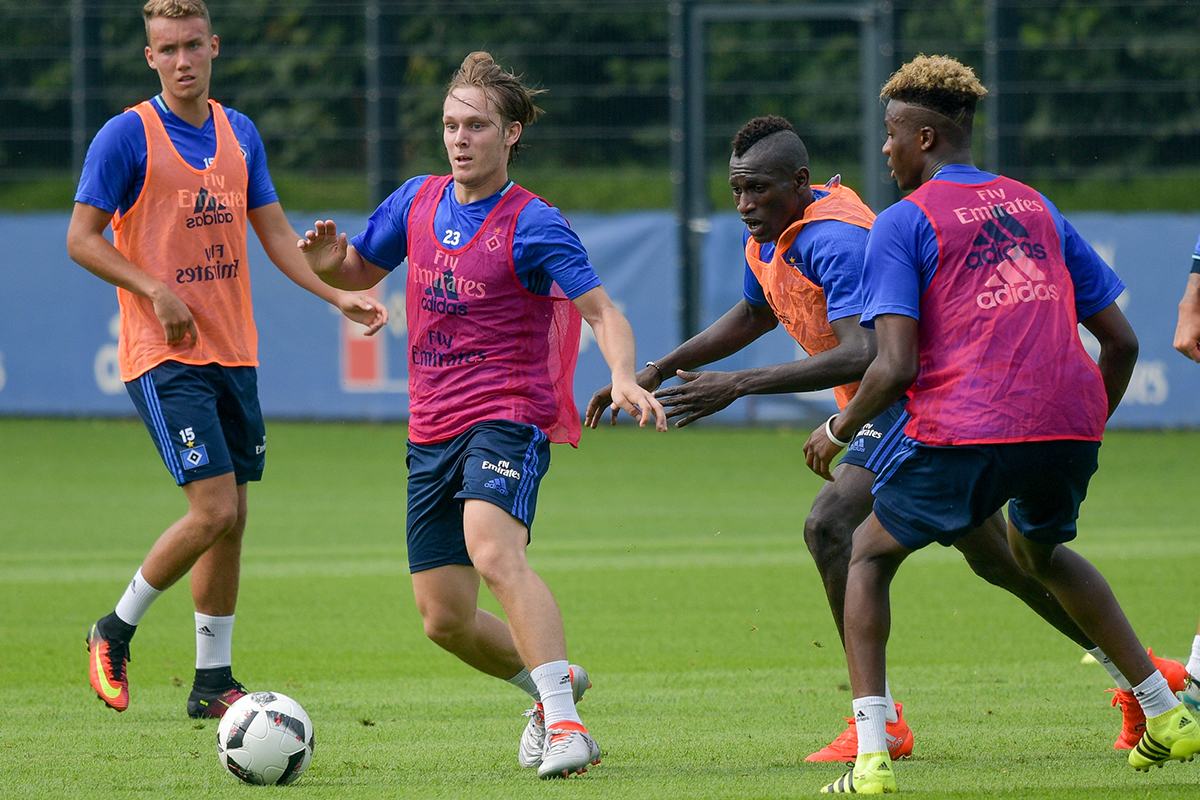 Halilovic has everything other than a great shot. However, that one weakness will soon change as he develops over time. The youngster can be shifted out right, which may be useful in those early seasons. As soon as the former Barcelona man hits his peak years with high-80 ratings, though, he is the prime candidate to become your star No10.

Whether you decide to keep him for the remainder of his career, or cash in for mega money in later years, the attacking midfielder offers incredible value for money. Either way, Halilovic will go down as one of the greatest signings in the managerial career of any FIFA 17 player.

Lille unleashed Eden Hazard onto the world. They helped develop Nicolas Pépé and it was while with Les Dogues that Rafael Leão started to deliver...

Despite nurturing a number of world-class stars during their fledgeling years, the Belgian Jupiler Pro League continues to be one of the most underrated competitions...

What happened to Football Whispers’ 20 youngsters to watch in 2019?

At the start of the year, we at Football Whispers decided to put our neck on the line and choose 20 young players we expected...

Analysing the European giant Sancho should leave Dortmund for

Jadon Sancho’s Bundesliga dream is quickly turning into a nightmare. The star of the 2018/19 campaign, the England international was tipped for a £100million move...

The rise of free-scoring Atalanta has been one of Serie A‘s most interesting stories in recent years.  Last term the Bergamo-based club claimed a Champions League...

Manchester City rarely sign players who aren’t instantly ready for their first-team. And lets us be honest, other sides in the Premier League and abroad...

When Real Madrid announced in May 2017 that they’d secured the future services of Vinícius Júnior for $50million, the Brazilian wonderkid hadn’t even made his...

From Birmingham to Bavaria? Bellingham can succeed where Jennings failed

The United Kingdom’s relationship with Europe may be at its most volatile point in decades, but in footballing terms, the connection between Britain and the...

Erling can transform Manchester United’s history with the Håland family

It was in 1997 that the Håland family relationship with Manchester United began. While playing for the Red Devils, captain Roy Keane injured his ACL while trying...