Franck Kessié looks like he could be edging towards a summer move to Chelsea, after admitting he is flattered by the club’s interest in him.

The Blues are thought to have made an enquiry for the 20-year-old midfielder during the January transfer window and could return with another bid in the summer.

The Atalanta midfielder said: “I am very flattered that clubs of this level are interested in me.

“This proves that I’m having a good season, that I continue to progress. I don’t want to go too fast.

“I don’t know if my club has received any offers. I’m under contract. We’ll see if we need to discuss anything.”

That sounds like he definitely isn’t ruling a move out to the Blues. 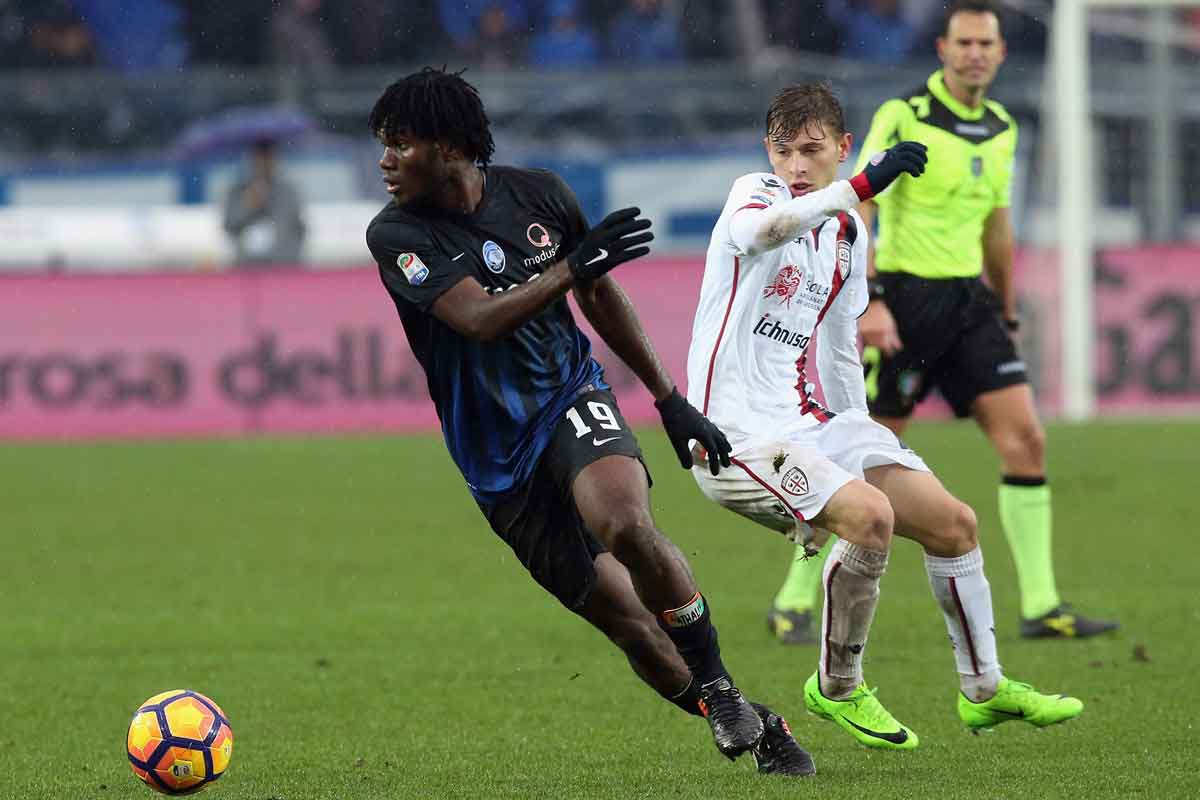 READ MORE: Who Is Set For The Exit Door At Chelsea

Kessié arrived at Atalanta in January 2015, having already represented the Ivory Coast team and captained their under-17 team to the quarter finals of the World Cup two years earlier.

He was sent on a season-long loan to Serie B side Cesena in August 2015, where manager Massimo Drago assessed the central defender, before deciding he would be better suited to playing in midfield, where he was asked to shield the backline.

It was a masterstroke, and Kessié improved week in and week out in the role, showing the attributes necessary to thrive there, before returning to Atalanta as a much-improved player from the one who left at the beginning of the season, ready to compete in the first team.

As an Ivorian, it’s only natural to expect comparisons to Yaya Touré, and Kessié’s size, strength and stamina do remind you of the Manchester City midfielder as he shrugs off challenges while surging forward.

How does he compare to Chelsea’s midfield options?

Chelsea’s midfield of N’Golo Kanté and Nemanja Matic have been one of the Premier League’s best this season, so we thought we’d have a look to see how the 20-year-old compares to them.

In terms of shooting, there is no question that Kessié’s league statistics this form put him on top.

He has scored six times in 19 games, compared the 24 games that Kanté and Matic have played, which have only seen a solitary goal from the Frenchman.

That he scores more goals than Matic or Kanté is no real surprise when you see per 90 minutes, he takes 2.01 shots.

Both Kanté and Matic take less than a shot per 90 minutes – with the Frenchman having 0.92 efforts and the Serbian just 0.41 shots in the same timeframe. 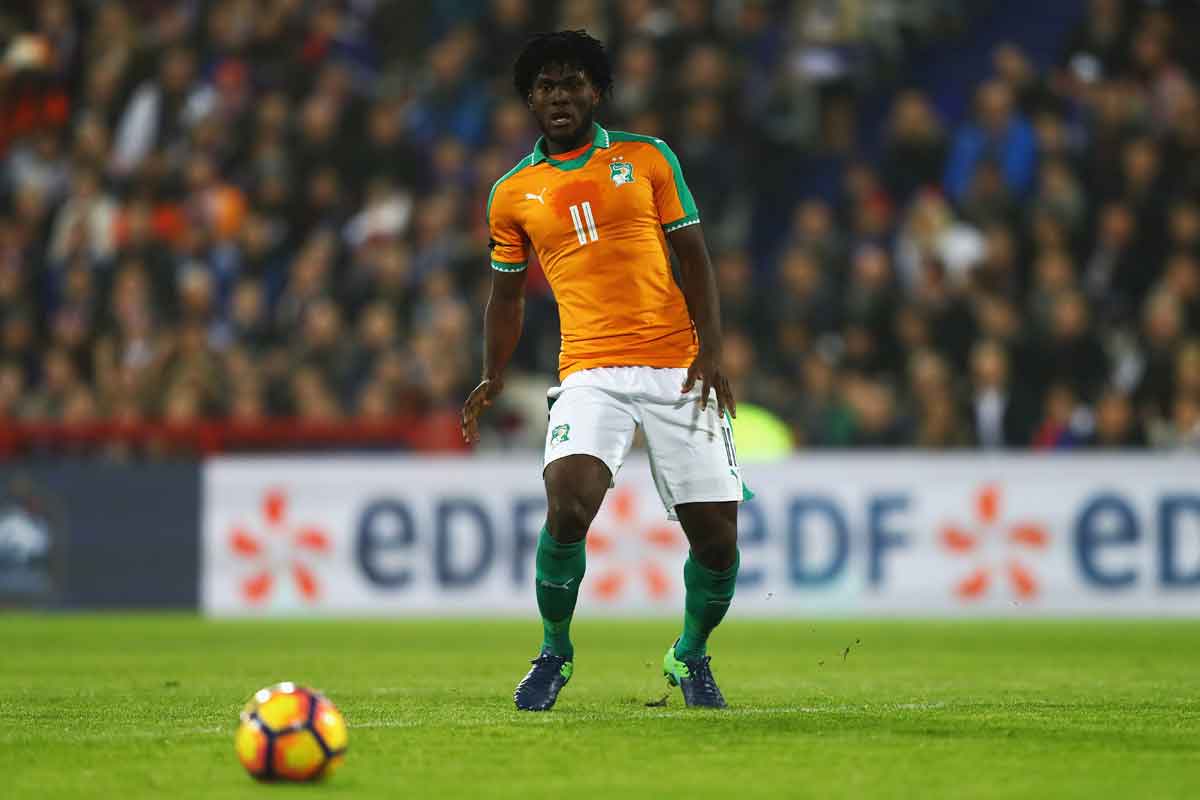 And not only does he have more shots per 90 minutes, he’s much more accurate with them too.

In the league this season, he has 52 per cent shot accuracy, compared to Kanté’s 40 per cent and Matic’s 33 per cent.

If Kessié was to move to Chelsea, one aspect of his game he would need to improve on would be his passing though.

The Atalanta man makes just 48 passes per 90 minutes, whereas Kanté and Matic both make 61.

And the Chelsea midfield pair also outperform Kessié in terms of their passing accuracy.

They have both completed 88 per cent of their passes in the league successfully this season, whereas Kessié trails them on 84 per cent.

Conte also asks his midfield duo to perform their defensive duties, which statistically, Kessié is outperformed by Kanté and Matic. 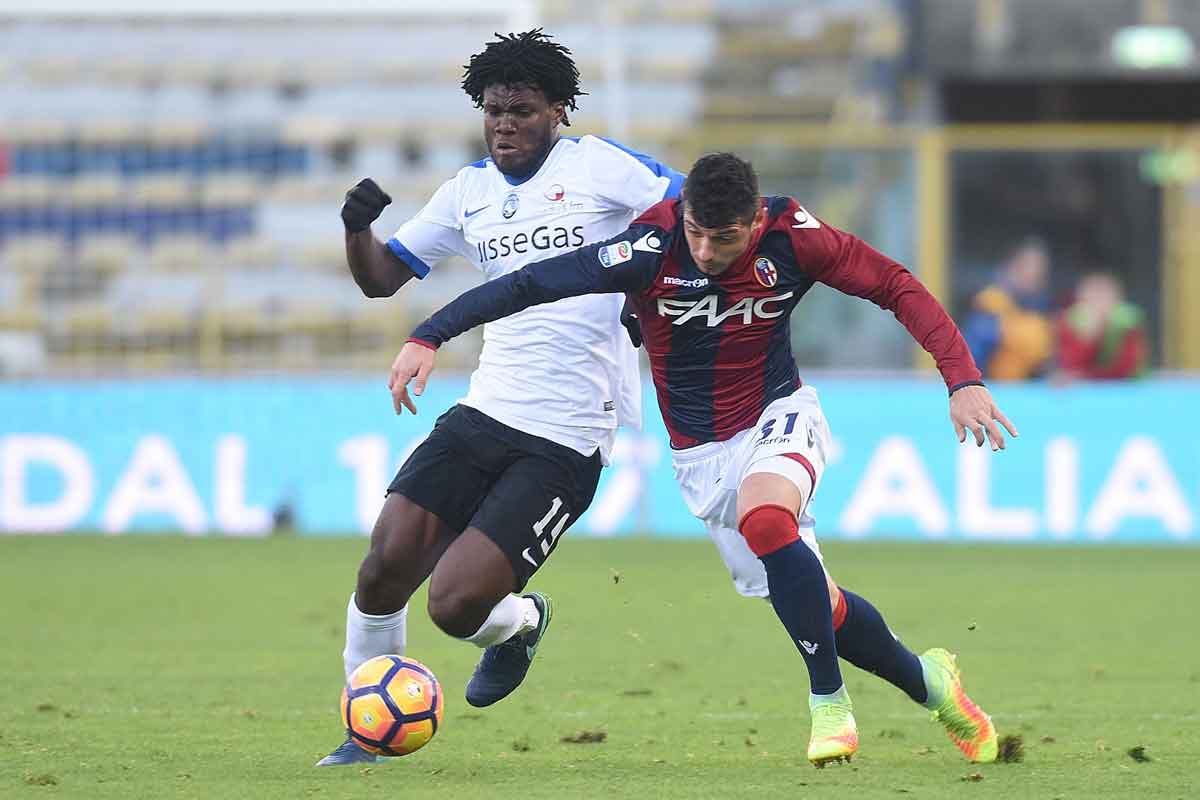 READ MORE: Four Chelsea Loan Stars Who Could Make An Impact Next Season

In terms of interceptions, he also makes fewer than Conte’s current first-choice pairing.

But you have to take into account that his physicality and presence often forces opponents into mistakes that do not show up in statistics, causing turnovers with incredible regularity.

Would Kessié be a good signing for Chelsea?

Undoubtedly, he would be.

The Ivorian is only 20, and Conte has shown in his first season at Chelsea how he can take a player and make them better.

He is already outperforming the Italian’s current preferred midfield pairing of Kanté and Matic in terms of offensive work – outscoring them easily this season.

If he were to move to Chelsea, his passing would have to improve, but he is young and will be eager to learn.

The similarities to Touré will only further suggestions that he is ready made for the Premier League, and if is not a Chelsea transfer target in the summer, it will surely only be a matter of time before an English club snaps him up.

Make sure you watch Episode 12 of Football Whispers TV.