Helder Costa is reportedly on the radar of a number of Premier League clubs, including West Ham and Everton.

The People claim the top flight duo are admirers of the 23-year-old Wolves winger and have regularly sent scouts to Molineux to watch him.

The Angolan-born Portuguese national only joined the Championship side on a permanent deal last month for a club-record £13million.

He had previously been a season-long loan at Molineux from Benfica.

✍️ We are delighted to announce that Helder Costa has signed for Wolves on a four-and-a-half-year deal. #CongratsCosta pic.twitter.com/jLt0fgVfQh

Before this season, Costa had spent time on loan at Deportivo and Monaco, but was yet to make a league appearance for Benfica. And despite his obvious potential, his career really kicked off at Wolves, where since arriving, he has scored 10 goals in 30 games all competitions, including eight in 26 league matches.

Why is he attracting interest?

The best way to sum up why anyone would be interested in Costa is by watching the video against Liverpool below.

Pace, skill, control on the ball.

That is everything you want in a winger. His finish may have been wayward, but scoring 10 goals so far in his first season in England shows you he knows where the back of the net is.

Yes he has only played in the second tier of English football, but scoring eight goals so far this season in the Championship is not to be scoffed at.

Many skilful players struggle to adapt to the second tier of English football, just look at Bryan Ruiz – around the world he had success, but scored just three Championship goals in a season for Fulham.

How does he compare to West Ham’s options?

Costa has tended to play on the right-wing for Wolves this season, so it is only fair to compare his league form to that of the main West Ham options for that position, Michail Antonio and Sofiane Feghouli.

Both Costa and Antonio have eight league goals this season, although the West Ham man has played three fewer matches. Feghouli has just one.

Costa also has more assists (five) than Antonio (three) or Feghouli (one). 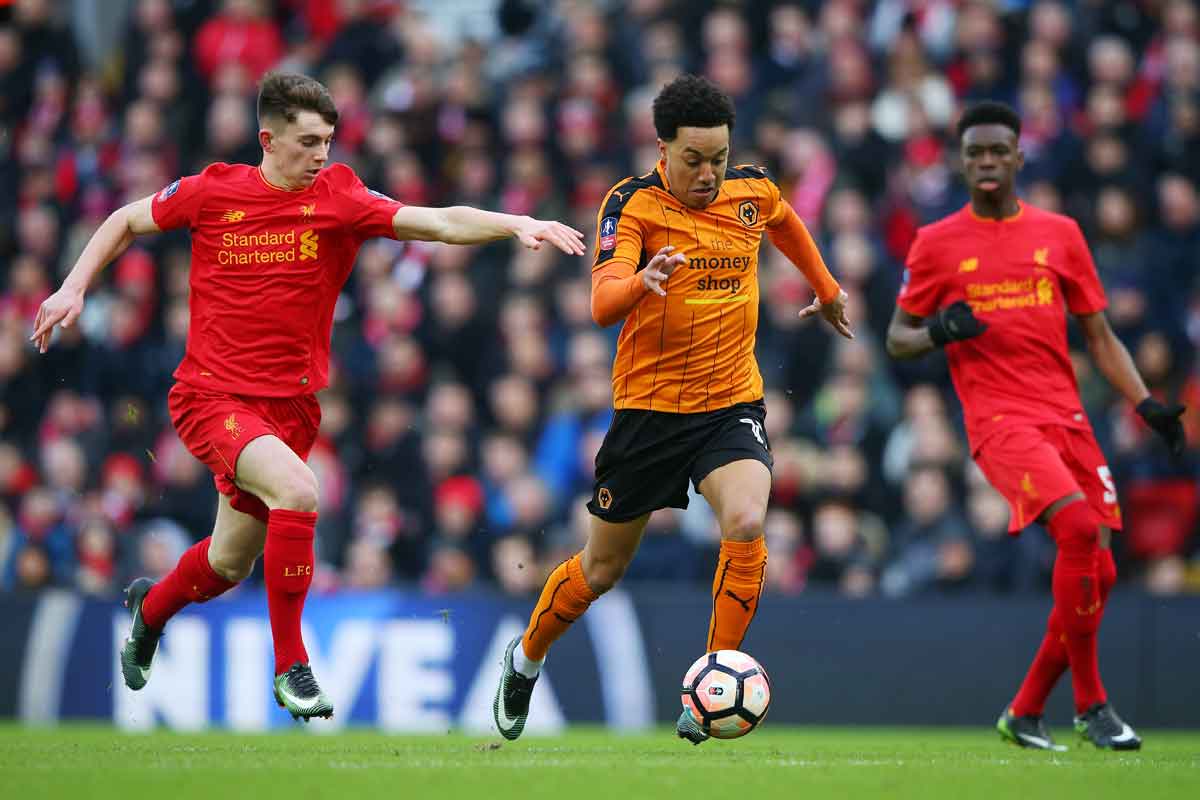 READ MORE: Decade Of Decline: Wolverhampton Wanderers In The 1980s

And as he demonstrated in the FA Cup tie against Liverpool, he is pretty good at beating his man.

He has completed 65 per cent of his take-ons in the league this season, once again higher than Antonio (55.34 per cent) and Feghouli (46.67 per cent).

Where Feghouli excels that Costa doesn’t is in terms of passing.

Feghouli’s pass accuracy is also higher than Costa’s (72 per cent to 70 per cent). Antonio is also at 72 per cent.

How does he compare to Everton’s options?

If you compare the seem league statistics for Costa and Everton’s options for that right wing position, with Yannick Bolasie injured, you would be looking at seeing how he has done against Kevin Mirallas and Ross Barkley.

In terms of goals, Costa has outscored Mirallas (three) and Barkley (four) in the league this season.

Both Barkley and Costa have five assists this season, with Mirallas has two.

And perhaps unsurprisingly, it is Barkley who comes out on top in terms of key passes. 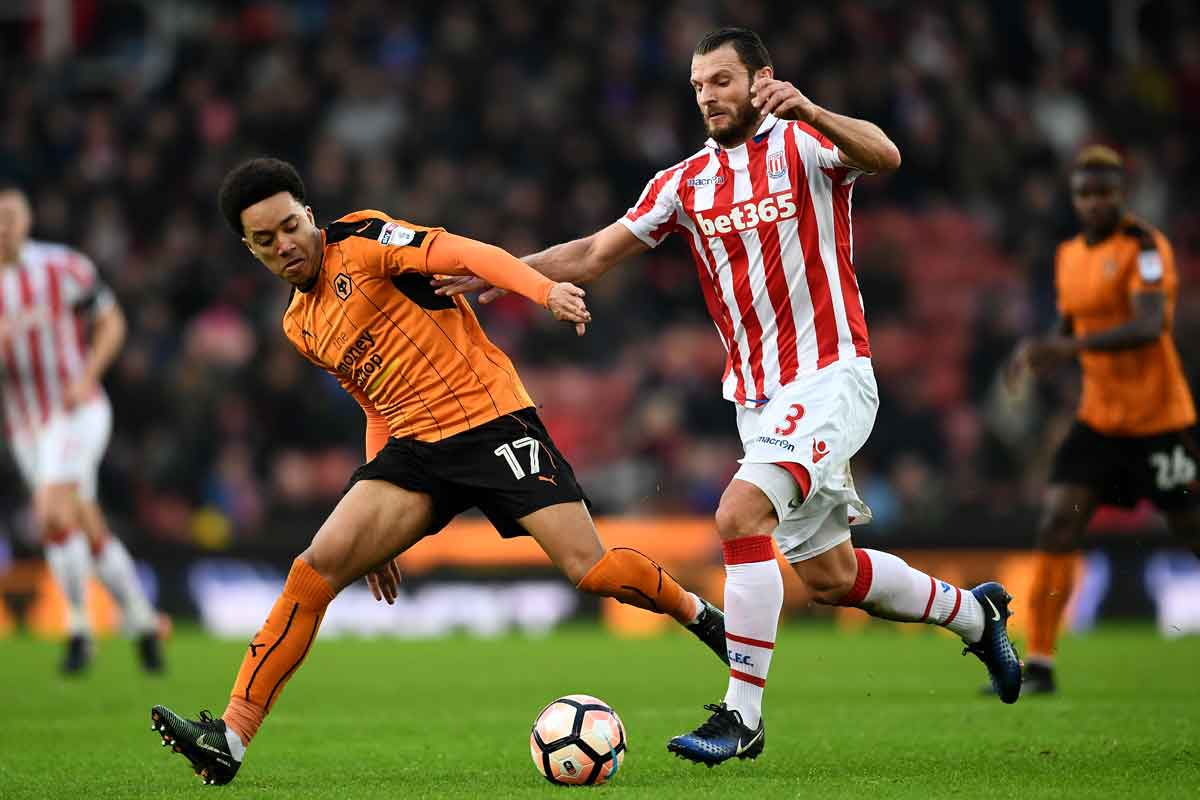 READ MORE: Is The Everton Squad Good Enough For Europe?

Barkley’s 71.43 per cent success rate of taking people on is also higher than Costa’s 65 per cent. Mirallas is much lower than the pair of them at 57.14 per cent.

And in terms of passing statistically Barkley and Mirallas outperform Costa again.

They both have 83 per cent passing accuracy compared to Costa’s 70 per cent, while Barkley completes on average 46.44 passes per 90 minutes, and Mirallas completes 29.18.

Could he make the move?

You do have to take into account as well of course that Costa is performing at a level below the Hammers and Toffees players.

You could see a place for him in West Ham’s team, replacing Feghouli, while Antonio plays up front.

And with Payet gone, the Hammers are calling out for an exciting player to be their new hero – Robert Snodgrass is a good player but definitely won’t replace the Frenchman in that way.

At Everton, it would be hard to see the Portuguese under-23 international getting past Barkley and Mirallas, or Bolasie when he is fit.

And they have just bought Ademola Lookman, and it would be unfair to push the youngster down the pecking order.

If the two clubs do decide to firm up their interest in him though, it would be unlikely for him to come cheap.

It may seem like paying upwards of £20million is a lot for someone playing in the Championship, but if he has only just signed a four-and-a-half-year deal at Molineux after joining for £13million.

Wolves’ purchase of him was a statement of intent and it would take a lot of money to persuade them to let him go.

Check out the tenth episode of Football Whispers TV.