West Ham United have struggled this season. After 15 Premier League games, the Hammers have won just three games and scored 17 goals. That return is better than the likes of Sunderland, Middlesbrough, Southampton and Hull City, but not good enough for where the club wants to be.

With that in mind, it’s no surprise that they have been linked with numerous strikers ahead of the January transfer window, with Sassuolo’s Grégoire Defrel the latest to be rumoured with a move to the London Stadium in 2017.

The 25-year-old Frenchman has improved year after year since his €7 million move from AS Cesena, and now, his performances for the exciting young Italian side, both domestically and in their maiden UEFA Europa League campaign.

Defrel began his career at Parma after winning a contract following a practice game. He would only play one senior game before spending time at Foggia and then to Cesena. In 110 games, he scored 16 times and added 14 assists, which when you compare to his 17 goals and 10 assists in 58 games for Sassuolo, you can see how far he has developed.

#Sassuolo’s Giovanni Carnevali: “no official offer” from #Napoli for Gregoire Defrel, but bids from #EPL and Spain. https://t.co/TZvOjiOL5J pic.twitter.com/gtM5WMZYDu

Normally played as a centre-forward, the French striker has shown his adaptability in being able to play out wide too. Coming in from the right, he has the option to find passes and trying shots off his wicked left-foot.

Sassuolo’s fluid 4-3-3 suits Defrel perfectly. He can drift wide, make runs in behind the defence and use the players either side of him as perfect foils to create as much havoc as possible.

He’s not the tallest player, standing just 178cm, but he is stocky, strong and a physical presence. Knowing he isn’t the biggest, he doesn’t win a lot of aerial duels – just two from 27 attempts in Serie A. What he does do though, is show his game intelligence. The striker backs into the centre-backs, taking the ball into his chest or feet and then look to turn or find a team-mate.

Although he may not look like the quickest player, he has that pace over short distances that make him a constant threat in and around the box. That applies to the way he thinks about the game too. Without dwelling on the ball, he’ll look to pass, then he’s on the front foot, playing off the last shoulder, looking for space to exploit.

There are similarities between his style and Leicester City’s Jamie Vardy. With their teams playing on the counter, a lot of their chances come playing off the last man. Vardy has the distinct advantage of being faster than the Frenchman, so has only been caught off-side five times in 15 games. Defrel has been flagged 10 times in the same number of fixtures. 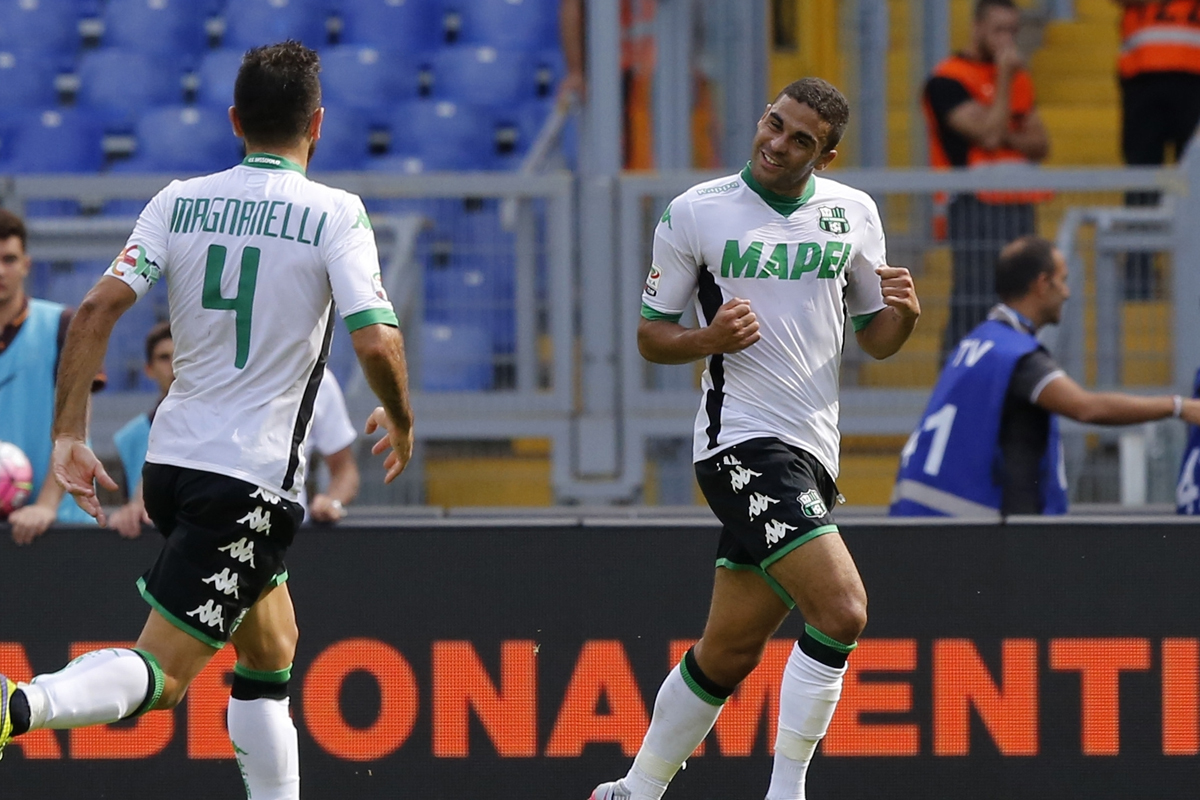 Diafra Sakho has only made two appearances for the Hammers this season, but his average is up at two per game. If Slaven Bilic’s team is playing on the back foot more often than not this term, having someone like Defrel leading the line would suit them better than Simone Zaza, Andy Carroll and Jonathan Calleri.

What West Ham fans will want to know best, is what he the 25-year-old like in front of goal. The forward is most comfortable on his left-foot, but can score with both and has also prove more than capable of getting on the end of crosses.

Zaza is averaging two shots per game this season and has failed to find the back of the net, the Frenchman may take fewer attempts on goal, at 1.7 each match, but he is far more accurate and clinical than the Juventus loanee.

Reports suggest that West Ham will have to pay the Italian side £20 million once the striker played 15 games in either all competitions or the Premier League – this continues to change depending on who you believe.

What is clear, Zaza is not a forward that Bilic can rely, and Defrel would be a much more interesting and exciting prospect in the Hammers attack.

You can see that the 25-year-old is a real all-rounder. He can drop deep and link the play, starting the move, like for his low finish against Rapid Wien. Picking the ball up on the edge of the box, he played a nice one-two, before bursting into the box to fire the ball into the far corner.

In the game away against Chievo, it was Defrel’s – circled in red – willingness to run down the ball, pressure defenders and almost chase lost causes that create the equaliser. The midfielder’s pass backwards was off-target and the striker was on to it in a flash, beating his marker to the ball he was free to apply the finish. 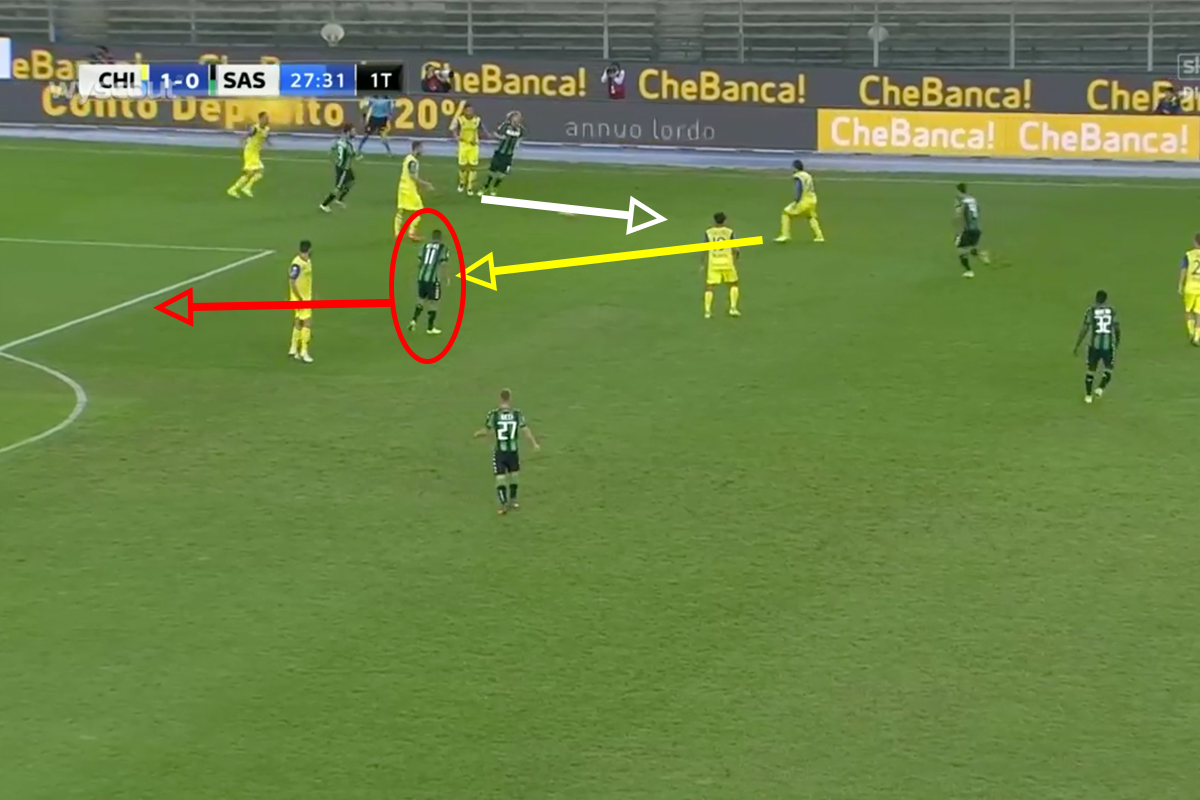 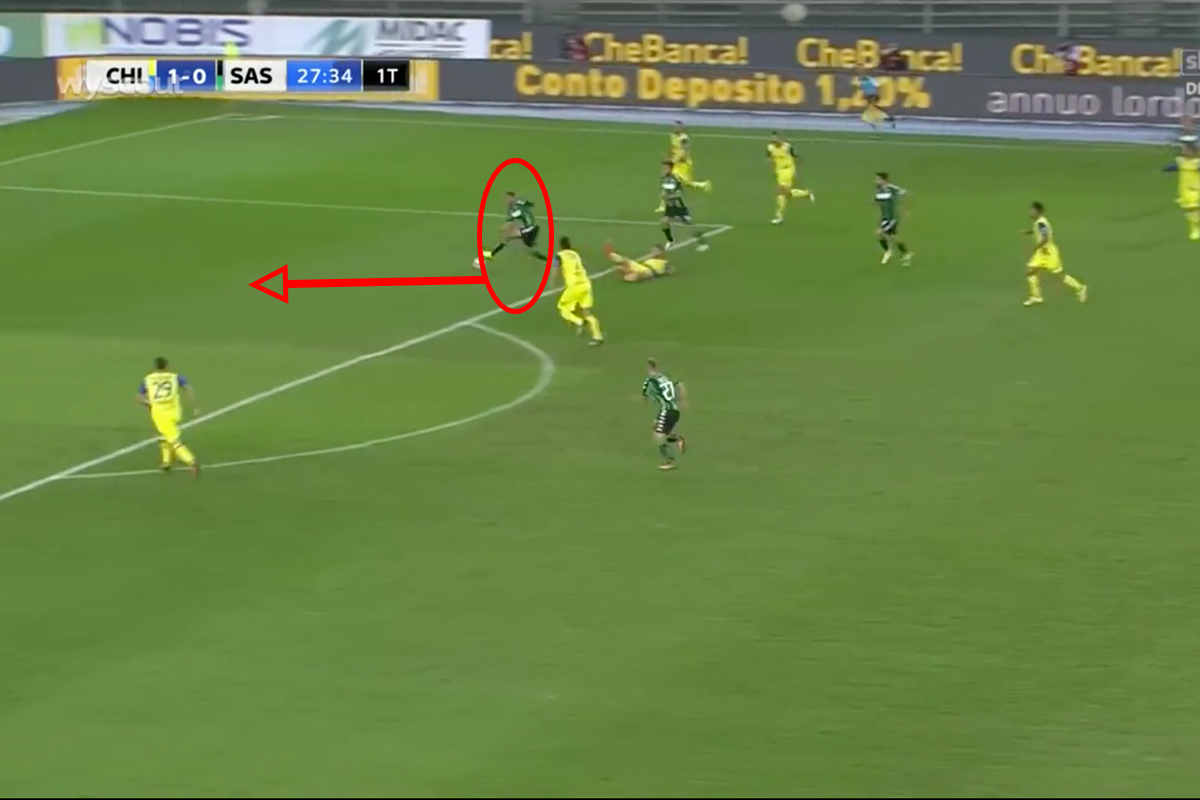 Then, against Genoa, it was his off-the-ball movement that helped his team secure a 2-0 win. Before the cross was played in by Federico Peluso, the defenders look to have everything covered. However, a little burst of pace by Defrel, circled in red, gets him in front and he is almost left to turn in a free header. 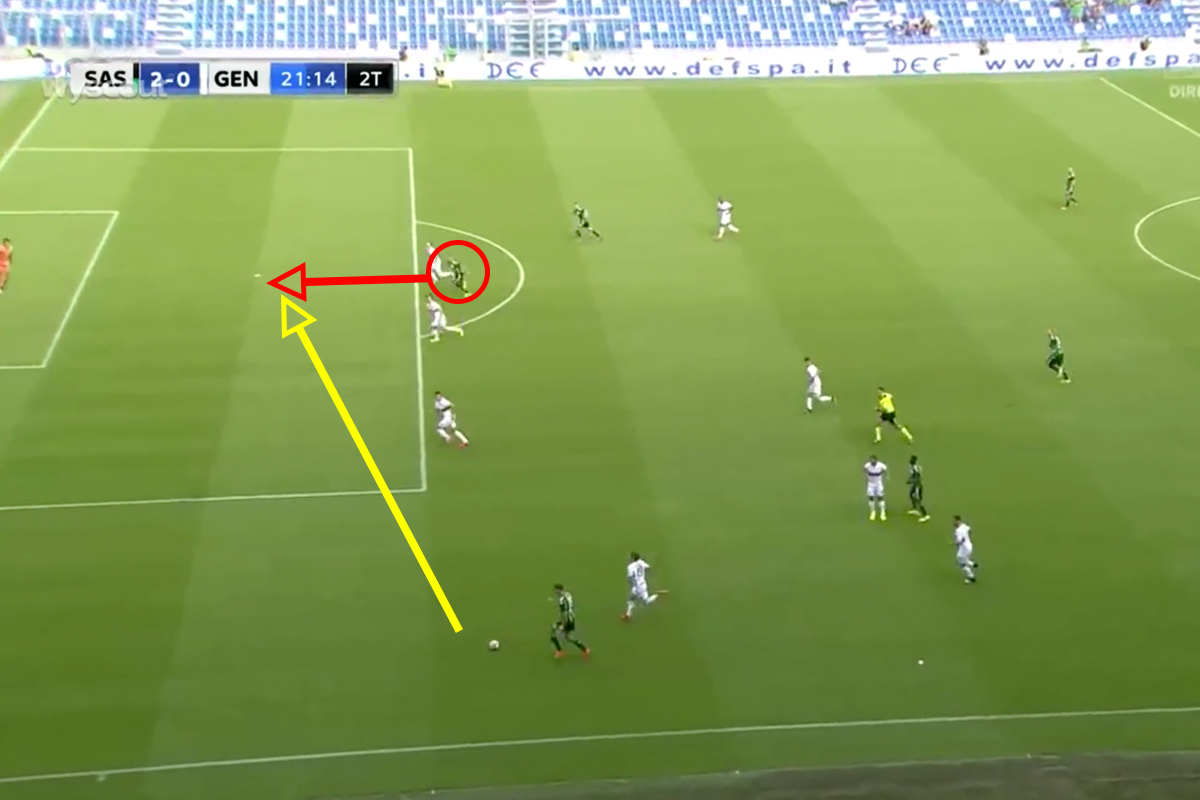 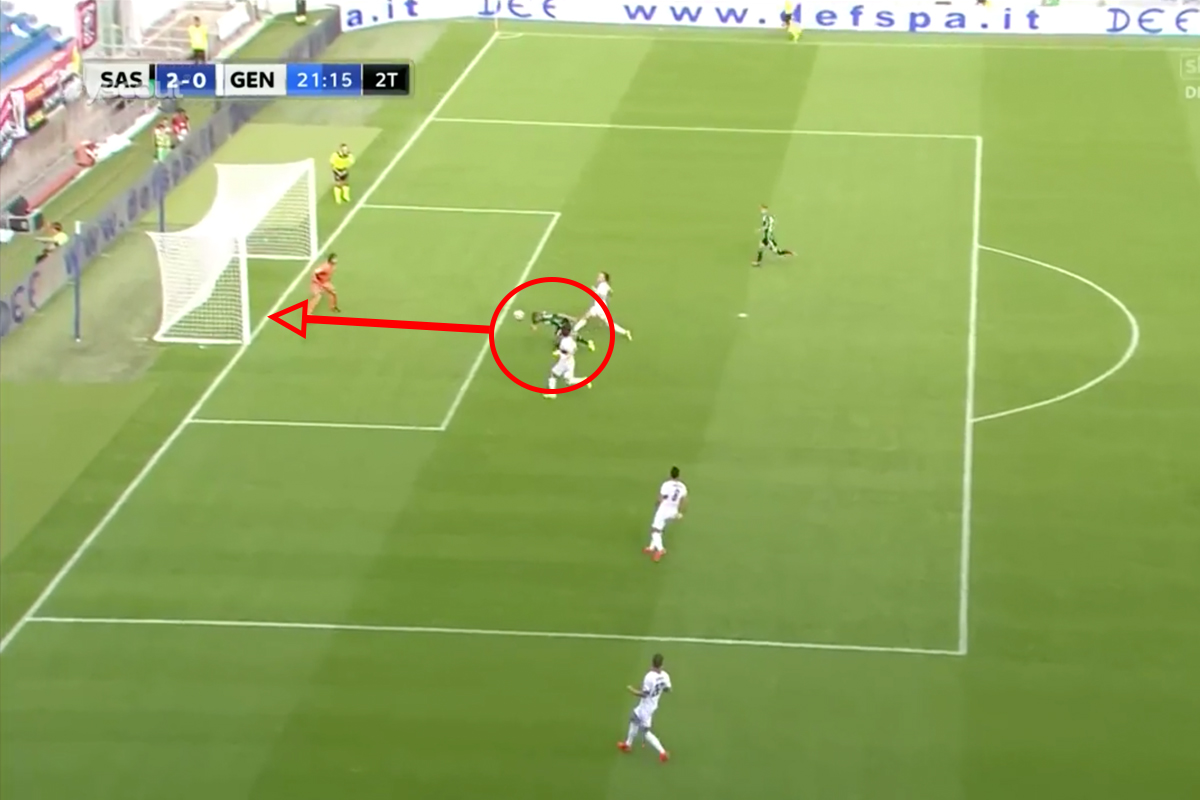 His best goal of the campaign came recently in the 1-1 draw away with Napoli. With just eight minutes to go, Sassuolo broke down the right and Defrel was off, pointing exactly where he wanted the ball. Marcelo Gazzola swept it in with his right and the Frenchman met it perfectly was a superbly timed volley. Showcasing his movement, pace to get free and finishing ability in one fatal swoop.

West Ham have lacked a player that can put the ball in the back of the net. Zaza was never going to be that player and Defrel, being the man that replaced the Italian international at Sassuolo originally, could be the perfect fit to help the Hammers push up the table this season.

Theo Hernández: The most-wanted left-back in Europe this summer?

Players don’t move between Atlético Madrid and Real Madrid very often. When they do, it’s with good reason. When the latter signed Theo Hernández from...

9 England hopefuls who could benefit from Euro 2020 delay

England should just have completed their final round of friendlies before Gareth Southgate was due to name his 2020 European Championships squad. But COVID-19 has...

Two promotions in a season: Jamal Campbell-Ryce on doing the ‘Essex double’

Winning promotion is something of a rarity in most players’ careers. While some footballers rise through the divisions on a handful of occasions during their...