When Bastian Schweinsteiger signed for Manchester United in July 2015, it was met with wide acceptance and excitement. Although he was the wrong side of 30, the midfielder was the captain of his country and seen as a general in Louis van Gaal’s army.

“I worked with him during my time at Bayern Munich,” the Dutchman purred. “I am truly delighted he is joining Manchester United. His record speaks for itself; he has won every honour at club level and was a major part of the successful Germany World Cup-winning team last summer.”

Oh, how the mighty have fallen. Reports in America and in England’s North West suggest that the 32-year-old is now in talks to join Major League Soccer’s worst ranked team, Chicago Fire.

In that sense you can see the logic, ailing team looks to international star to boost fortunes, attendance, shirt sales. What Fire fan isn’t going to want a fetching red shirt with the German’s name emblazoned across the back?

Not matter what he achieves in MLS, whether it be a first season Frank Lampard style nightmare, or David Beckham-esque quality, he will be a hit on a number of, mostly, off-field levels.

Fire’s Serbian boss Veljko Paunovic was spotted and snapped leaving the same Manchester restaurant as the midfielder, pouring fuel on the rumour bonfire.

Schweinsteiger hasn’t enjoyed a great time at Old Trafford and injuries meant he only played 18 games last season. Frozen out under Jose Mourinho, despite being allowed to train with the first-team, it looks like there is no way back for the former Bayern Munich man. Chicago is calling. ESPN FC confirmed that the Fire owns Schweinsteiger’s discovery rights, which gives the club first priority among MLS sides to sign the German. 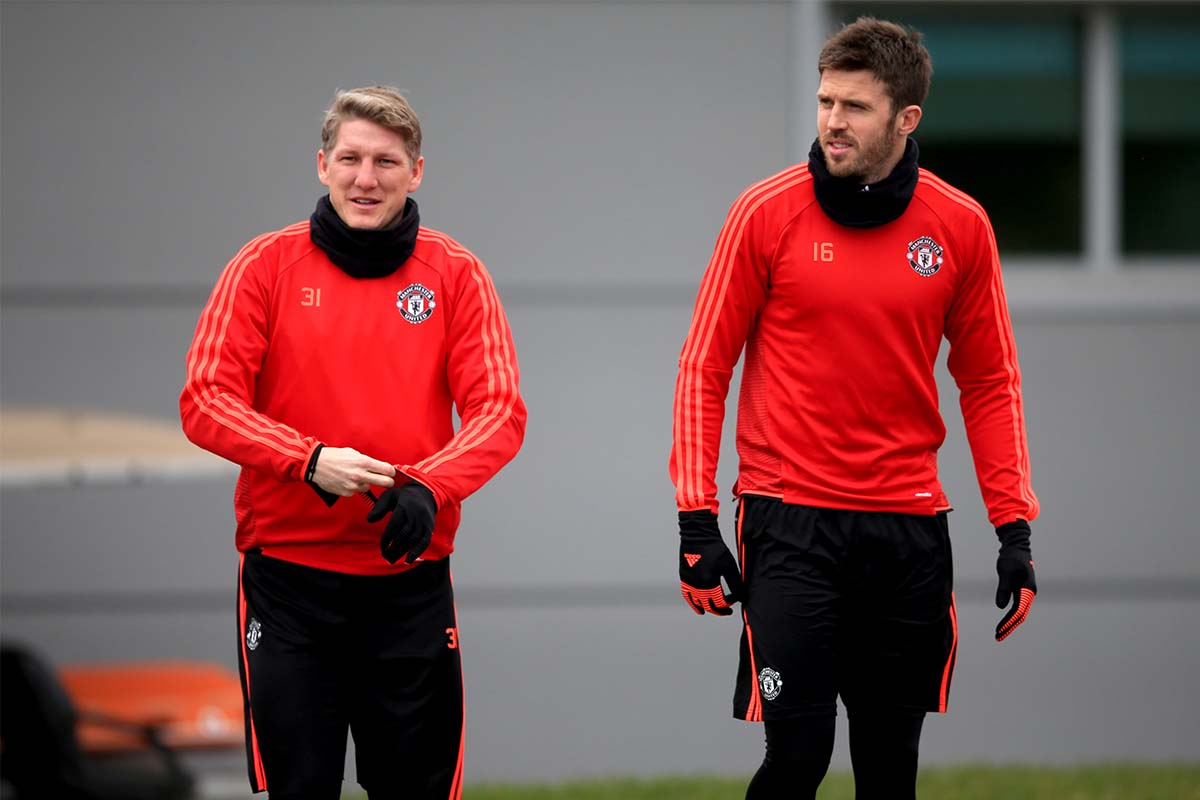 Nothing has been formally agreed, but the two parties are in talks and Paunovic is keen to have his squad assembled in time for January’s pre-season. Forget the signings of Arne Friedrich and Freddy Ljungberg, Schweinsteiger would be the most significant Designated Player signing for the club since Mexican forward Cuauthemoc Blanco. He left in 2009 and gone with it went Chicago’s play-offs aspirations. After a post-season in 2007, they finished second in the Eastern Conference in 2008 and 2009, then came fourth in 2010. The next year they finished sixth, and unsurprisingly they have not made the playoffs since.

Chicago finished with just 31 points this season, that gives them 61 points over the past two campaigns combined, that would have put them just one point above this season’s Supporters Shield winners’ FC Dallas.

It’s safe to say the Fire are in a mess, but what MLS has shown, especially this season, is having ageing midfielders is not the road to success. Fellow Eastern Conference sides, New York Red Bulls and New York City FC, were dumped out in the Conference Semis.

On the other side, Toronto FC, with 29-year-old Sebastian Giovinco and 27-year-old Jozy Altidore, ripped NYCFC apart 7-0 on aggregate, winning 5-0 in Yankee Stadium. When the home side had the chance to break, they didn’t have the legs to get around the Canadians. Relying on the pace of young Jack Harrison on the wings, they almost had to bypass their two star DPs to try and spark a comeback.

Frank Lampard has announced he will leave the Big Apple. Regardless of how well the Chelsea legend has turned around his fortunes, it was amazingly obvious that Patrick Vieira’s team lacked pace through the middle of the park.

Steven Gerrard is in a similar situation at L.A Galaxy and he will be leaving the West coast, as will 36-year-old striker Robbie Keane. The Irishman has hinted that he will remain in MLS, but just not for Bruce Arena’s side.

There is an opportunity for those sides to move away from the stereotype of the veteran DP and try and use their position to acquire signings like the magnificent Giovinco, especially if they want to push for a MLS Cup in 2017.

For Chicago, they are in a much different situation. Rather than targeting the play-offs, or a trophy, the first task is to just improve and try not to be the worst team in the league. Schweinsteiger is 32 years old, so younger than Gerrard and Lampard, however, with injuries and the number of miles in his legs, his body might feel like it’s the wrong side of 35.

One other issue is how does the German fit into Paunovic’s system, will the Serbian move away from his quick, gegenpressing system that Schweinsteiger’s legs will struggle to cope with, and also, switching up the long-ball style to get the international midfielder on the ball.

In 2016, Chicago finished 20th in terms of short passes made, and second in long ball per game. Schweinsteiger can pick out a long ball, but he’s no Andrea Pirlo. No team had less of the ball than the Fire, they were 18th in terms of passing accuracy. Having the German should increase both those stats.

Stylistically, it feels like square pegs in round holes, but perhaps from a PR point-of-view, and in terms of just increasing the marketability of the Fire, it won’t make them any worse…you’d hope.