Southampton defender, Jose Fonte, has put Premier League clubs – especially Manchester United – on alert after he revealed this week that there was no new offer on the table from the southern club.

“There’s no contract on the table,” said the 32-year-old. “It is what it is, there’s nothing on the table that I didn’t sign. There was nothing there, to be honest. There was in the summer, they offered me a pay rise. They didn’t offer me a new contract.”

After winning the 2016 European Championships with Portugal in the summer, Saints reportedly rejected a £9 million offer from Everton, with Jose Mourinho also very interested in taking him to Old Trafford.

Fonte may have been offered a pay rise, but with no extension included as part of the deal, his contract is still set to end in the summer of 2018. This has obviously upset the Portuguese centre-back, and rather than let the player run out his current deal, Southampton will apparently be looking to off-load him in January for anything above £6 million.

Although he turns 33 before Christmas, in the current climate that represents an absolute bargain for most Premier League clubs.

Mourinho is apparently in the market for two new centre-backs this January and with he and Fonte having the same agent – powerbroker Jorge Mendes – it’s an easy link to make. United have conceded 16 goals this season, the last three of which has stopped the Red Devils picking up a maximum nine points, collecting just three after Arsenal, West Ham United and Everton found a way past the back line.

Those sorts of results are not good enough for Mourinho and ultimately, will be what stops them from finishing in the top four. It’s not that ‘the Special One’ is short of options, but it’s obvious that he is far from convinced by the players he already has.

At the heart of the defence this year, he has played five different players, injuries have been part of that, but in a league where you can see clear partnerships developing in the clubs at the top. Mourinho will want to address that sooner, rather than later.

Despite his age, the Portuguese defender could be exactly what United needs at this stage of the season. He would instantly be the most experienced defender in the back-line and someone who you would look at to bring on the likes of Eric Bailly, Phil Jones and even add something to both Daley Blind and Chris Smalling.

You only have to look at the progression that Virgil van Dijk has made since moving down from Celtic to see the influence of having the calmer, weathered head of Fonte beside him. Before injury, Bailly was Mourinho’s first-choice and pairing those two together would certainly work.

The Ivorian is full of raw power, energy and pace. He’s keen to jump in, making 2.3 tackles per game and 3.3 interceptions this season. Fonte is more about conserving himself. He makes the same number of clearances as the 22-year-old, 6.1 per game, but fewer tackles and interceptions. 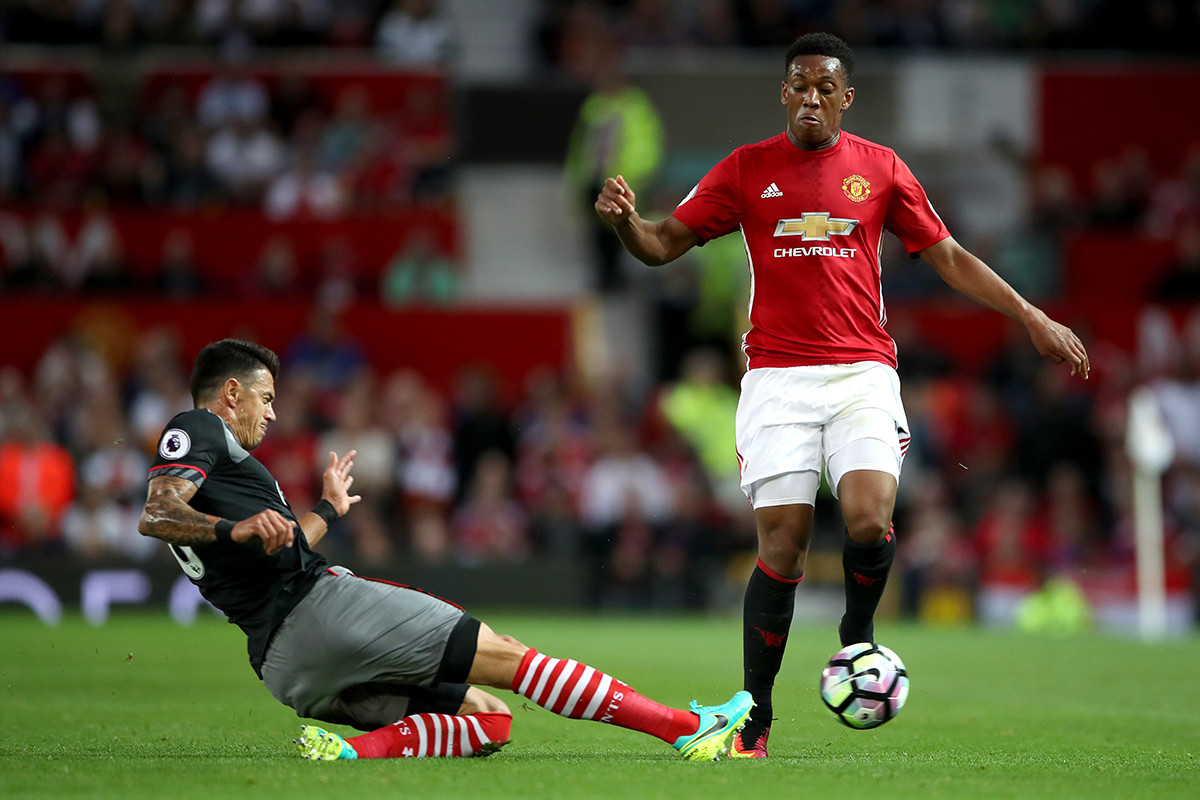 Fonte likes to stay on his feet, makes only one foul per game on average and has only picked up one yellow card in 1170 minutes this term. Bailly has three.

United fans will instantly worry about signing someone who will be 33 when and if he joins in January, but it’s clear that the former Crystal Palace defender looks after his conditioning and his fitness. He is still incredibly quick over the first few yards for a bulky, 6 foot 2 inches’ tall defender.

He also relishes the battles against the bigger, stronger, more physical centre-forwards. Holding them off, charging into meaty challenges, Fonte is not afraid of taking the fight to the opponent.

Dominant in the air, he is smart with it too. Rather than just eagerly head the ball away at every opportunity, he often quickly assesses the situation. If he can’t win the header cleanly and fully clear the danger, he’ll make sure he does enough to get ball out of play, living to fight another day.

You don’t want a half clearance in that situation, allowing the ball to fall at the edge of the box, giving the other team another chance. If in doubt, put it out and re-organise, something Fonte does very well.

However, as with every player, there is always a reason they are playing where they are and Fonte is by no means a defender without his faults and that seems to come down to small lapses of concentration.

In the recent 3-0 defeat to Palace, there were a few moments where you would hope that your centre-back would have done better. In the first half, with his job obviously to track Christian Benteke wherever the Belgian went. You need to be aware when playing like this and with the striker peeling wide, rather than playing to zone rather than the man, Fonte was dragged out to the left back spot, meaning Ryan Bertrand had to come inside and Sofiane Boufal dropped to support.

James Tomkins was able to cut inside past the Portuguese defender, but luckily, his experience and communication with Boufal helped recover the situation and they managed to get the ball out for a goal kick.

Danger averted, but a situation where Fonte would have been better holding his position, rather than following the man.

That was the complete opposition for the Eagles third and final goal. Defending another set-piece and the ball was cleared to the left flank. Rather than do what he did in the first half, Fonte seemed to let Benteke just wander past him into the six-yard box, the 32-year-old doesn’t react and when the ball is played back across the box, the striker is unmarked to apply the easy tap-in.

The game was already over, but it was a moment that Fonte would want to forget and a situation that could have been dealt with very easily.

When you analyse the statistics, he stacks up very well compared to the other Premier League defenders. He does make fewer interceptions than Van Dijk, his team-mate, but more than John Stones, Joel Matip and Gary Cahill. His strongest area is his clearances, again, less than the likes of Jan Vertonghen, Michael Keane and Phil Jagielka, but slightly more than Laurent Koscielny, Dejan Lovren and David Luiz.

When comparing stats with defenders, it’s important to note the teams they are playing for. Teams with more possession, like Man City, Spurs and Liverpool, face fewer shots, they then also should make fewer interceptions. However, United and Saints compare very well this term, with just 0.3 shots per game separating them and Mourinho’s men making three more interceptions per game.

Possession wise, United have 1.8% more of the ball, but only Watford and Spurs commit more fouls. Fonte’s leadership and experience would be of huge benefit for the club, five years ago, you would be need to be at least double for a player like him.

For the price, and what he would bring to Mourinho’s side, it would be crazy not to make a move once the January window opens.