As Italy’s most successful club, Juventus have undoubtedly been blessed to have some of the greatest players in the history of football pull on those famous black and white shirts. Repeatedly breaking the world transfer record in order to acquire the game’s finest talents, La Vecchia Signora can boast a laundry list of Ballon d’Or winners and multiple winners of both team and individual awards over the 118 years of her existence.

While supporters have been fortunate to cheer these global icons throughout that time, it makes selecting an all-time XI for the Bianconeri an extremely difficult task. Never willing to shirk a challenge, that is exactly what Football Whispers have attempted here, forced to leave out some household names due to the sheer volume of big players to have represented the Turin giants. 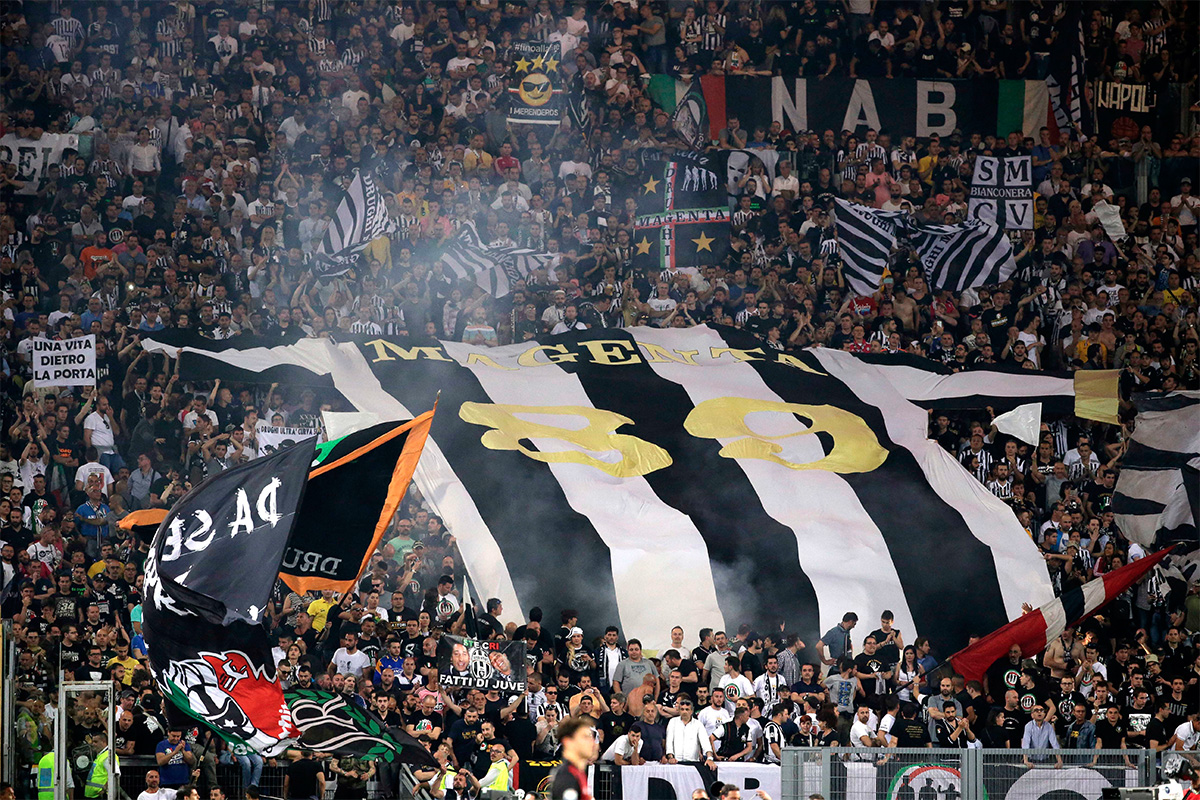 Who else could it be? After being voted no.1 in our Top Five Italian Goalkeepers of All-Time feature, the current Juve captain is of course handed the gloves here too. Joining the club in 2001, his €53 million move from Parma remains a world record for a goalkeeper, but La Madama has certainly gotten a fine return on her substantial investment.

Buffon’s fifteen seasons have seen the club win a staggering nine Serie A titles, while he also played a major role in their 2006/07 Serie B crown, staying with the club when they were relegated as punishment for the Calciopoli scandal. That decision cemented his legacy as a Juventus icon, but — having also won the Coppa Italia twice and playing in two Champions League Finals — his on-field performances certainly merit inclusion here.

A controversial selection here as it overlooks the likes of Sergio Brio, Gianluca Zambrotta and Lilian Thuram, but the “Swiss Express” has arguably outperformed each of that trio in Juventus colours. His five seasons have each ended with the Bianconeri as champions, adding the Coppa Italia for successive league and cup doubles. Now set to compete with Dani Alves in Max Allegri’s plans, his defensive solidity and relentless work ethic make that no easy contest for the Brazilian star.

First name on the team sheet and the unquestioned leader of the side, the unflappable Scirea was the lynchpin of Giovanni Trapattoni’s all-conquering team of the 1970s/80s. He was a calming presence for club and country, rarely making mistakes and able to bring the ball out from defence with ease.

Arriving from Napoli where he was part of those Diego Maradona inspired title-winning teams, Ciro Ferrara was equally essential to Marcello Lippi’s Juve during the 1990s. The current trio of Leonardo Bonucci, Andrea Barzagli and Giorgio Chiellini are all legitimate contenders for the spot alongside Scirea, but still need European success to oust Ferrara. After all, his haul of six Serie A titles tops their tally of five, and he stepped up to score the first penalty of the club’s shootout victory in the 1996 Champions League Final.

The yardstick by which all Italian left-backs are judged, perhaps only Paolo Maldini has ever surpassed the sheer ability of Antonio Cabrini. His superb crossing was always a boost to the attack and he always showcased an incredibly high standard of defensive diligence, a combination which helped the 1982 World Cup winner to win fourteen major honours during his time with Juventus. 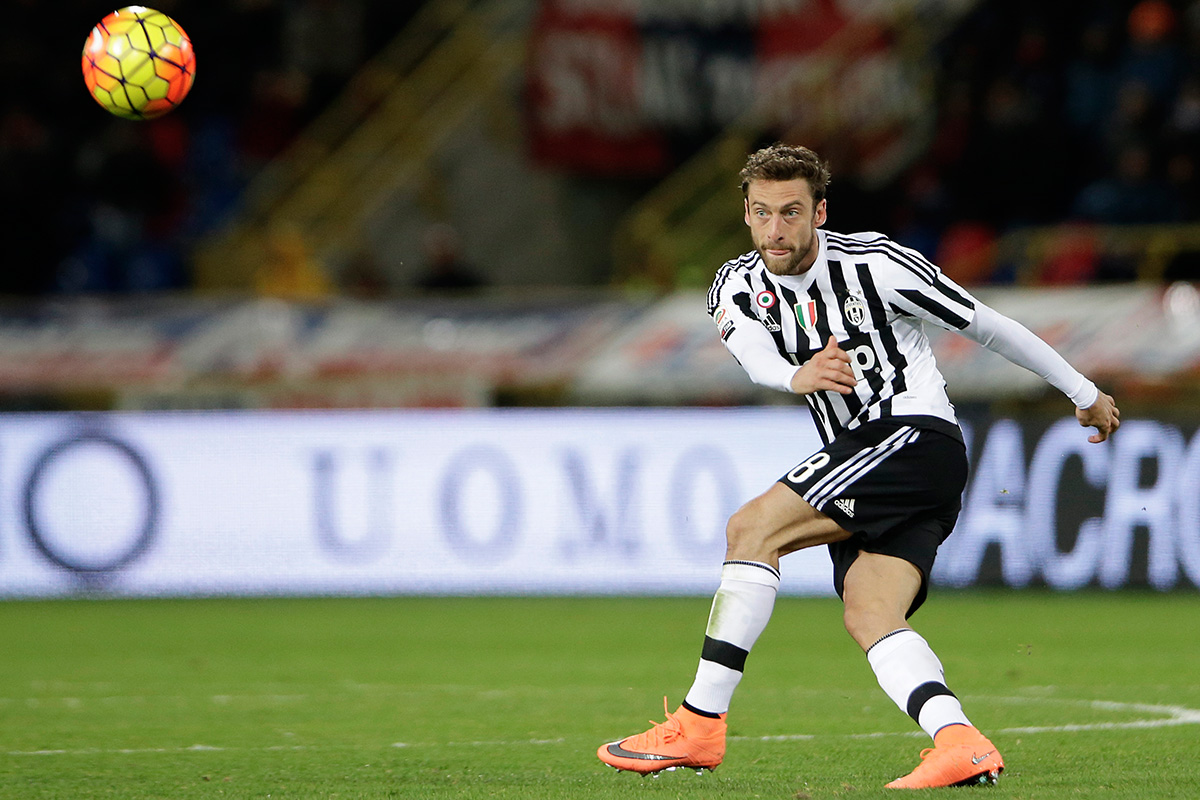 Playing for his hometown club, Juventus fans have been able to watch Claudio Marchisio’s rise from wide-eyed youngster to smooth veteran with great pleasure. Having spent the early part of his career being forced to battle with the likes of Christian Poulsen and Momo Sissoko for a place in the side, the versatile star now comfortably occupies Andrea Pirlo’s former spot at the base of midfield. There is no higher compliment.

A personal favourite of this writer, Beppe Furino was the combative midfielder who made Trapattoni’s Juve tick. For sixteen seasons he gave his all for the club, delivering crunching tackles and precise passes with equal vigour, few could match the energy, passion and drive he brought to the side every time he stepped on the field.

Selling Zinedine Zidane was not a decision Juventus made lightly, but replacing him with Pavel Nedved proved to be a masterstroke. After joining from Lazio, the Czech star became a legend to the Juve faithful, sticking with the club after their enforced relegation and almost delivering a Champions League title. Rewarded with the 2003 Ballon d’Or, his association with the Bianconeri lives on as he took up a role as a director following his retirement.

While his recent actions have seen him lambasted, Michel Platini will always retain a huge following in Turin. Il Re — “The King” — was simply unplayable during his five years with the club, winning every trophy the game has to offer and even claiming Serie A top scorer honours for three successive seasons despite playing in midfield.

Stepping into Roberto Baggio’s shoes while still a teenager, Alessandro Del Piero is rightly considered a legend for his performances in Bianconero. He spent his career helping the Old Lady clinch trophy after trophy, playing a starring role in almost everyone as he terrorised defences at home and abroad for more than two decades. The club’s all-time record holder for goals and appearances, he was an unrepeatable phenomenon that remains vastly underrated by the wider football world.

While Del Piero was guaranteed a place in this XI, there was an abundance of candidates to feature alongside him. David Trezeguet, Luca Vialli and Omar Sivori all make perfectly acceptable choices, but the spot here goes to John Charles. ‘The Gentle Giant’ was an unstoppable force for Juventus, plundering goals with ease before slotting into defence to protect the lead.