The Seattle Sounders’ run to their first ever MLS Cup title wasn’t meant to happen. Of all the years for North America’s biggest club to break their championship duck, 2016 should have presented their poorest chance of doing so. Yet, when the ticker-tape came down at BMO Field last December it was rave green in colour.
Last season saw the Sounders change their manager, with stalwart and club giant Sigi Schmid fired midway through the campaign. It also witnessed them go a third of the year without their best player and spiritual leader, Clint Dempsey, who was sidelined with an irregular heartbeat from August onwards.
In his absence, rookie Jordan Morris and new signing Nicolas Lodeiro stepped up as Seattle’s difference-makers, taking the Pacific Northwest club on an extraordinary run which saw them win 10 of their last 13 fixtures of the season. It’s difficult to be a dark horse when you wear rave green, but the Sounders surprised many by surging through the pack to cross the finish line first.

Now, they have a title to defend, with the 2017 season starting in March. They also have a difficult decision to make. Dempsey has returned to training, but he has only played 30 minutes since the injury. Such is the nature of the set-back he received last year, he needs time to make a full recovery. Even then, it’s questionable whether he will ever reach the levels he set for himself before being sidelined.
https://twitter.com/SoundersFC/status/828298474433044481
Take into consideration that the 33-year-old currently holds one of the Seattle Sounders’ three Designated Player places, picking an annual guaranteed salary of $4.6 million. He is their highest paid player by quite some distance, with the rest of the team’s payroll (not including Dempsey, Lodeiro or Nelson Valdez) last season adding up to $4.67 million. They have placed significant monetary faith in the US national team captain. 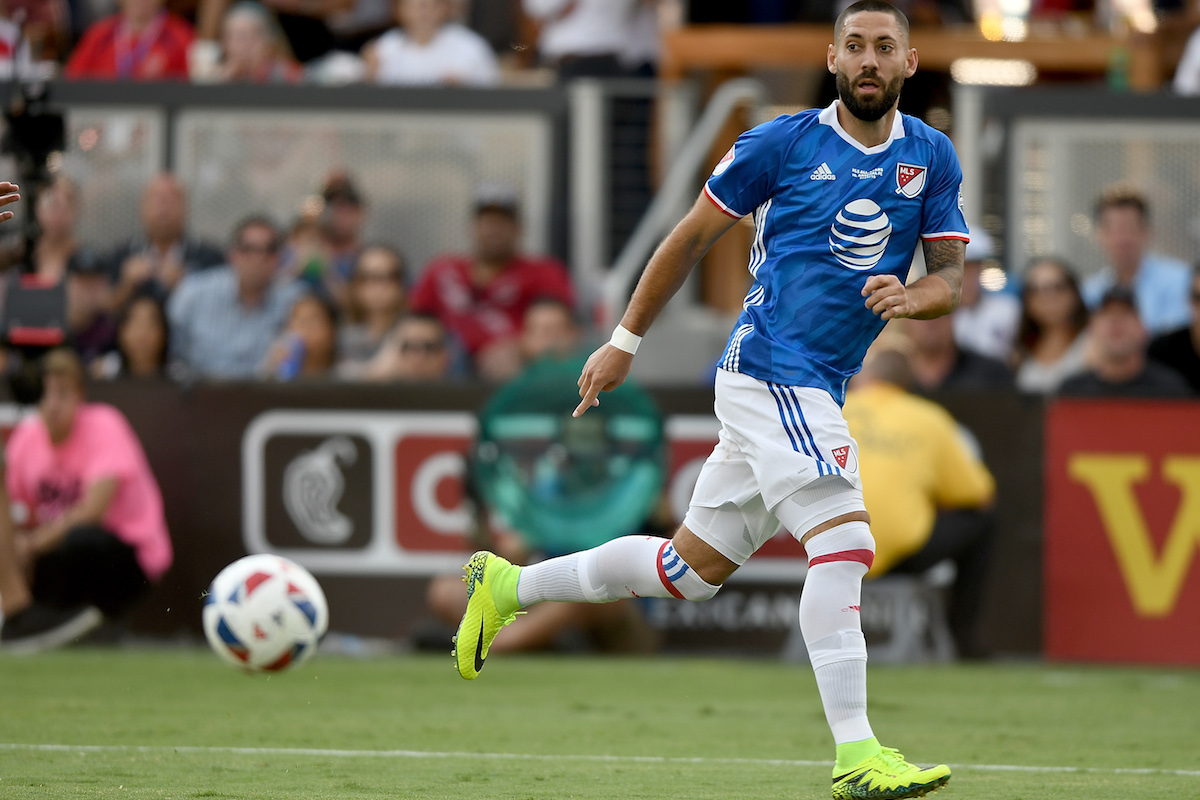 Of course, Dempsey deserves to be shown compassion. The Sounders have treated the attacker just as they would any other injured player, helping him with his recovery in every way they can. But the unfortunate truth is that he isn’t like any other injured player. Seattle might be forced into a difficult call.
The former Fulham fan-favourite is well into the twilight of his career, and so even without the heart problem, which has ruled him out for so long, there is a discussion to be had about whether the Sounders will get sufficient bang for their buck if he returns to the team. Factor in all that the attacker has faced of late, and the argument for keeping him on loses even more sway.

Do Seattle Need The Veteran?

Under Brian Schmetzer, Morris and Lodeiro have taken on and embraced the burden of delivering for the Sounders in the final third. As they showed in the latter half of last season the duo have an understanding that rivals anything else in MLS. Dempsey’s return to the fold would give Seattle more options, but it can no longer be claimed that they need him.
The Sounders might have surprised themselves by how well they coped without their star last season, and that might set an unfortunate precedent for the player. It could be that as a compromise his salary is renegotiated, or maybe even that he is moved from his DP slot (unlikely, but possible), but is the 33-year-old, as he is heading into into the 2017 season, worth $4.6 million a year to Seattle?
For the moment, the Sounders are still insistent that he will continue to play an important role at the club. “Dempsey is participating now, he’s running,” general manager Gareth Lagerway explained in an interview last month. “Will he be 90 minutes match fit at the start of training camp? No, but nor will many of our guys given how long they played [last season]. We’re going to take it easy at the beginning, but we’ll ramp him back up slowly. You’ve got to be safe with him.” 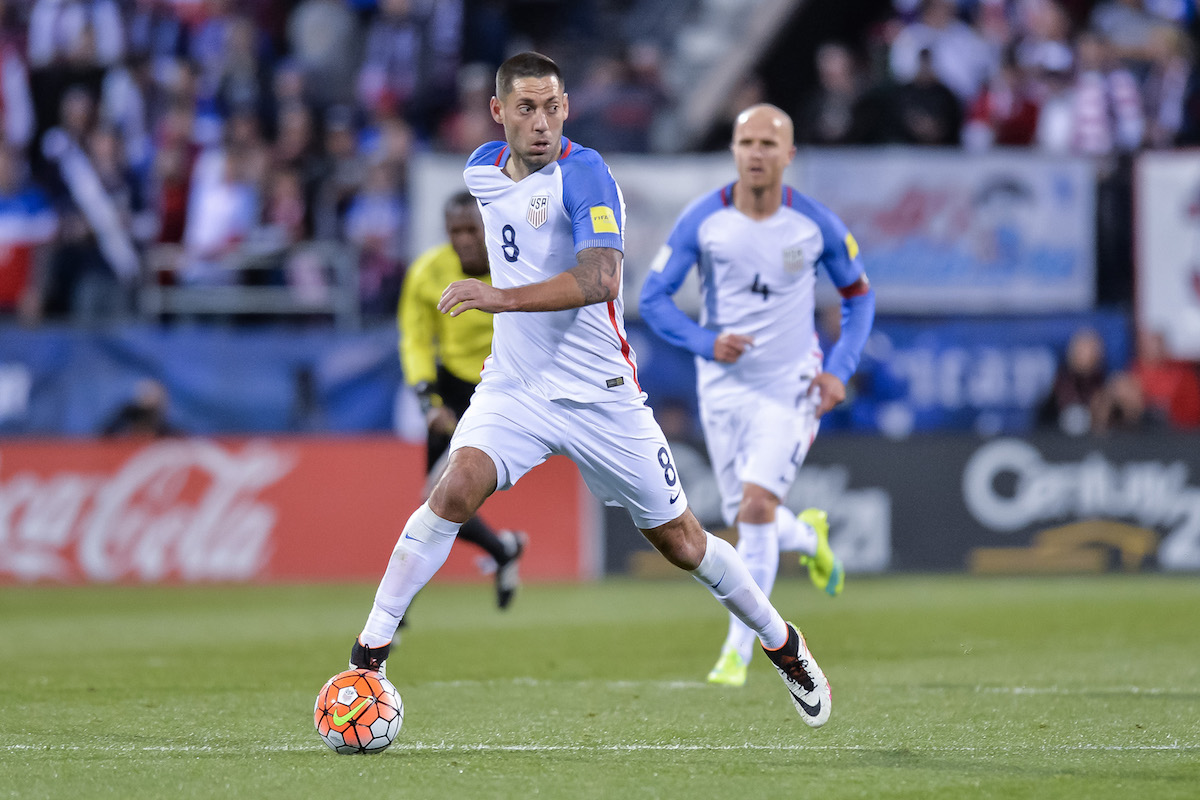 Indeed, Seattle must take care with their highest-paid player. It was something of a shame that after three years of performing for the Sounders, dragging them through good times, but more often bad times, he missed out on their crowing glory last season. Watching from the touchline, the USMNT forward cut a forlorn figure at the 2016 MLS Cup final.
But MLS, more so than any other league in world football, is about being shrewd with what money you have. The salary cap and DP rule makes it so, meaning Seattle might have to set a deadline on his recovery. For all that it might seem somewhat heartless, no team can afford to pay a player $4.6 million a year for watching from the sidelines, or even sitting on the bench.
Clint Dempsey

A Major League Soccer club owned by David Beckham was always going to attract attention, even without star players. But according to reports, Inter Miami...

Vela on the verge of history after finally realising his potential

Sheffield United goalkeeper Paddy Kenny knew he was in trouble. He had already been beaten once by Arsenal’s precocious young Mexican and the teenager was...

Loved by Rooney and wanted by United… meet Luciano Acosta

Wayne Rooney has played alongside some of the greatest footballers in the world throughout his career, from Ryan Giggs to Cristiano Ronaldo, Paul Scholes and...

The future of the United States Men’s National Team is full of promise. With Timothy Weah, Christian Pulisic, Josh Sargent and Haji Wright all developing...

Made in America: Almirón departure will be landmark MLS moment

Major League Soccer has always had something of an image problem, especially in Europe. To many it is viewed as a refuge for fading stars;...

When it comes to goals, 2018 has been the gift that keeps on giving. There have been spectacular goals, strange goals and important goals, World...

While playing football at a high level is no prerequisite for coaching the game, it can help. Pep Guardiola, Zinedine Zidane and Antonio Conte are...

The 2018 Major League Soccer season is underway and there are several storylines to follow. One of the standouts is the fact the league is...

Stoke City do a nice line in homegrown widemen. It’s been a while since the great Sir Stanley Matthews played his final game for the...