Jose Mourinho has only been in the job for two weeks but the Portuguese manager has wasted no time in stamping his authority on the Red Devils, opening the chequebook to the tune of £30m to acquire the services of Eric Bailly in his first major signing at Old Trafford. Could the Manchester United manager be about to take his summer spending to nearly £50m with the arrival of Basel wonderkid Breel Embolo? Let’s take a closer investigation.

Even before his promising cameo in Switzerland’s Euro 2016 opener against Albania, FC Basel star Breel Embolo was regarded as one of Europe’s most exciting teen prospects. The 19-year-old has been tracked by several big clubs over the past year or so, and it isn’t hard to see why.

Embolo boasts all the attributes required of a top class attacking star: the 6ft 1in winger is already physically mature, possessing both speed and strength in abundance. He’s a deadly finisher that has already netted 30 goals in just over two years for the Swiss champions. Perhaps most importantly, he demonstrates an understanding of football well beyond his years.

Those qualities haven’t gone unnoticed, but Embolo has also shown glimpses of inconsistency. Plying his trade in a relatively poor Swiss league certainly isn’t helping, and a move to one of Europe’s big leagues seems likely regardless of how well he performs in France. Bundesliga new boys Red Bull Leipzig had hoped to sneak in under the radar but, as a transfer index rating of 4.0 confirms, those hopes could be usurped by the Premier League giants.

The rumour mill suggests that a fee of around £15m will be enough to lure the teen sensation away from St Jakob Park, which is a fee Manchester United are more than willing to meet for players deemed of the required standard. If the recent deal for Bailly doesn’t highlight those sentiments, last  summer’s mega money move for Anthony Martial certainly does. Meanwhile, the chance to join one of the world’s biggest and most loved clubs would be virtually impossible for Embolo to resist.

Mourinho’s first assignment at Old Trafford is to guide the Red Devils back to Champions League football. It’s a challenge that will require reinforcements from more established stars that will elicit an immediate response. But while results are paramount, the former Chelsea coach will be encouraged to embrace the Manchester United philosophy. Essentially, that will mean reinstating the fast-paced expansive style of play that had formed part of the club’s DNA right up until the retirement of Sir Alex Ferguson. That’s a trait that has left the Theatre of Dreams in recent times, especially under Louis van Gaal, but the Dutchman did at least entrust his younger stars. 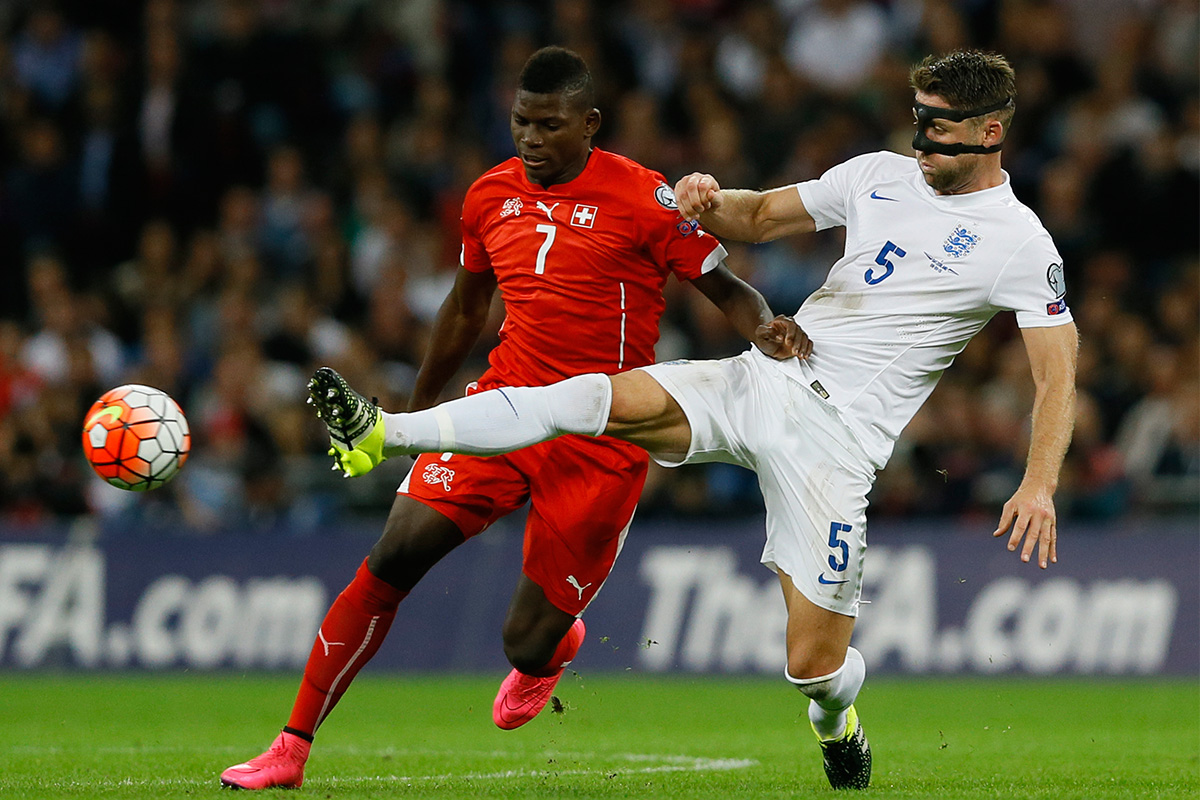 The 53-year-old Mourinho hasn’t always prioritised those elements of management, but those will be the demands during his Old Trafford tenure. Bailly is an instant signal of intent; Embolo would certainly be another.

Whether it’s through Martial, Rashford, or the fringe players, United are at their best when the tempo is high. The prospect of seeing skipper Wayne Rooney operate from a deeper role could create even greater opportunities for the Red Devils to employ quick transitions from defence to attack. Embolo’s physical presence could make him an instant hit, especially as the Stretford End tends to take very kindly to anyone with the energy to excite.

Embolo operates best on the right wing, but he has become accustomed to playing in a central striker role too. Given the palpable need for attacking alternatives at Old Trafford last season, that positional flexibility could be another crucial selling point. Nevertheless, with Juan Mata set for Mourinho’s Old Trafford culling, the Swiss teen’s chances of holding down a regular spot in the team would be far greater on the right – at least in the immediate future.

Even so, the Basel star’s chances would be limited compared to life in a country where he’s lived since the age of six. On the other hand, training at Carrington alongside genuine world superstars would provide a far greater platform for his continued development; not least to those key mental attributes.

Developing great right wingers has been a hallmark of Manchester United’s, and Mourinho will be eager to rectify the current issues. Embolo would need help down the right flank, and wouldn’t necessarily be expected to shine from the outset. But if the energetic youngster can combine that cool head in front of goal with the right ammunition for the other attacking players,  he could quickly establish himself as the latest awe-inspiring talent to dazzle the Theatre of Dreams.

One thing is for sure: Embolo has too much potential to remain in Switzerland any longer. Potentially, the Swiss could add valuable goals to a Red Devils frontline that mustered just 49 last season; that might be enough for Mourinho to strike.