And so it begins. Nick Powell and Victor Valdes are two of the biggest names to have left Manchester United since the end of the season, and Guillermo Varela could be the latest to bid farewell to Old Trafford.

Eintracht Frankfurt is a likely destination for the right back, so let’s check out whether a move will happen in the latest whisper to watch.

In 2013, it seemed as though the world was at the young Uruguayan’s feet. He’d made a good impression at the recent South American Youth Championship, and he earned a move to the champions of England.

Varela was the first player to sign during the ill-fated tenure of David Moyes, and he had to bide his time before he made an appearance for the first team.

Instead, he went on to join Real Madrid Castilla in 2014 on a season-long loan deal, making 33 appearances for the second division side.

So, where did it all go wrong?

A lack of game time under Louis van Gaal led to reports that the player was willing to quit in January, but he was convinced to stay after he was promised that he would feature in the plans of his former manager.

Varela also made his full debut in the Champions League under van Gaal. He was still keen to point out that he had a long way to go afterwards;

“It gave me a kind of inner calm to say that I could compete at the level of the Champions League, I knew I can be here and I can play.

After being in the squad a few times and then featuring in a number of games, you start to feel that you are capable of turning out in the starting XI and performing at the level the team requires. But I can’t start believing that I’ve arrived because that’s clearly not the case.”

Marcos Rojo and Ashley Young were often preferred at left back, much to the ire of supporters. On the right, winger Antonio Valencia was often picked ahead of Varela, even though he’s been saying that he’s not really comfortable in the role since since the days of Alex Ferguson. 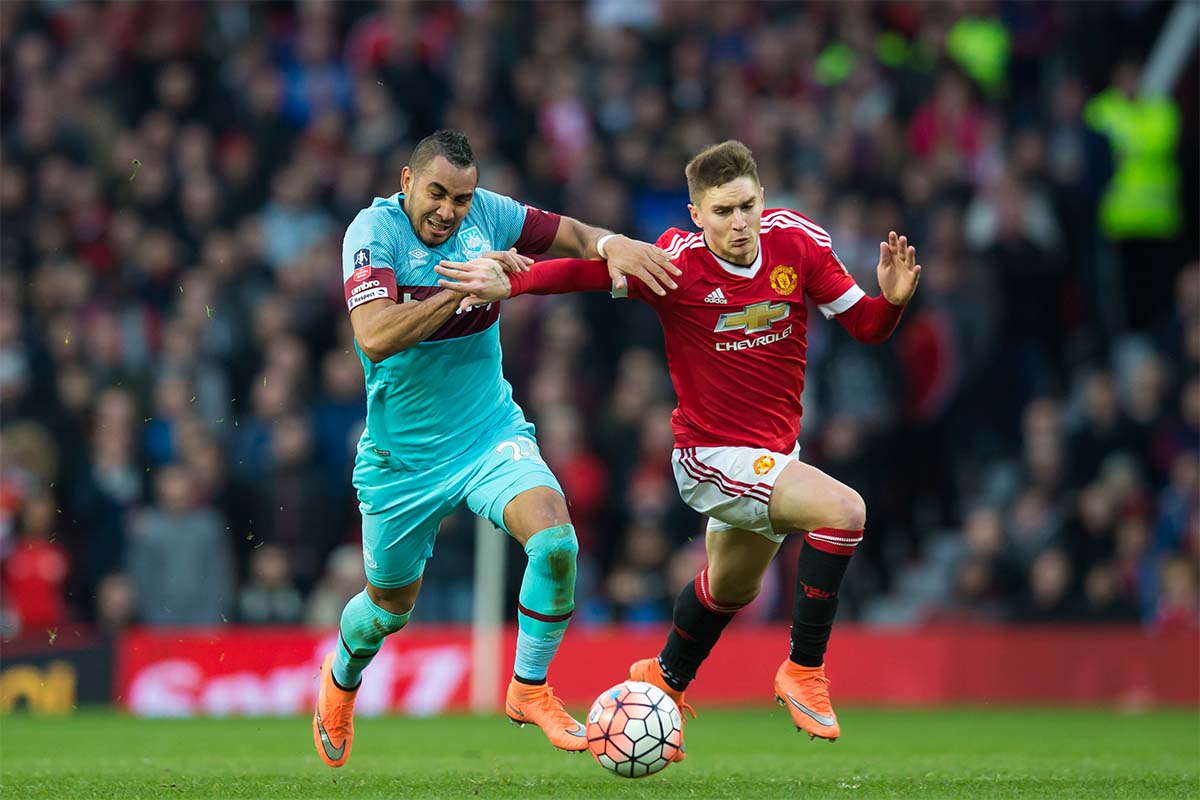 It must have been a frustrating time for Varela, although his talk with the manager should have allayed some of the fears over his future.

Then the squad failed to qualify for the Champions League, which proved to be the final nail in the coffin.

With LVG’s departure, Jose Mourinho has been handed the reins. The Express reports that the manager has deemed Varela to be surplus to requirements at the club, and the player has been sent off to train with the reserves.

It’s been widely reported that Mourinho wants a smaller squad of 24 first team players to allow for better cohesion and team spirit. It’s believed that United would prefer to sell the player outright, although offers haven’t been forthcoming so far.

Varela seems unlikely to make the cut, and the manager is known for his ruthlessness when it comes to players that won’t be able to further his goals.

If a player doesn’t make the 24, they probably won’t have a future in the team under the new coach. Daley Blind and Juan Mata are also likely to be on the chopping block, which shows that few are safe.

It’s a decent power play by the manager to show who’s in charge, but innocent players like Varela will get caught in the crossfire.

There’s also Eric Bailly, recently signed from Villarreal. The defender can also provide cover at left-back, making Varela even more disposable in the eyes of his new boss.

With a 4.6 index rating there’s a clear consensus that the player is likely to leave. Given everything discussed above, there doesn’t seem to be much point in extending his stay in Manchester for another year.

As for Frankfurt, a loan deal makes sense, although it’s said they would like the option to extend his stay if all goes well.

The German side are in dire straits, and they only just survived their relegation play-off encounter against FC Nurnberg at the end of the season.

The win ensures they’ll be competing in the Bundesliga as usual, but defence is just one part of the issues engulfing the side. They scored 34 goals in 34 games as they laboured in the league, and they’ll be lucky to survive if they don’t improve quickly.

They’ve already brought in Ante Rebic and Branimir Hrgota in a bid to get more goals, and they’ve started building the foundations for a new look defence.

At the other end, centre back Jesus Vallejo has joined on loan from Real Madrid, while Taleb Tawatha will be playing on the left side of defence following a £1m move from Maccabi Haifa. They’ll be hoping that Varela will slot in on the right.

Following a disappointing spell at Manchester United, it could be time to kickstart his career after too long spent on the sidelines. Given the managers hardline stance, it looks like the decision has been made for him.

If Frankfurt falls through, there’s sure to be a number of sides willing to take a punt on the defender. Here’s a roundup of the best of his limited playing time at Old Trafford:

The Football Whispers index keeps you up to date with all of the latest transfer news.

Mourinho wants a smaller squad, and Varela is a fringe player. It seems certain that the player will leave, but does he still deserve a chance to prove his worth? Let us know what you think in the comments!