After a string of stellar performances for Colombia at the 2014 World Cup in Brazil, James Rodriguez joined Real Madrid for €80 million in the biggest transfer of that summer.

Now, two years on, it seems the skilful 24-year-old could be set to move again, as rumours circulate about interest from Manchester United and a willingness to sell from Madrid.

Rodriguez was largely excellent during his first season at the Bernabéu under Italian coach Carlo Ancelotti, and, having replaced United-bound Angel di Maria on the left of Los Blancos’ midfield-three, was voted the UEFA European midfielder of the year.

But last season, things went downhill steeply for the former Porto attacker. Rafael Benítez replaced Ancelotti during the off-season, and the Spanish tactician’s insistence on utilising a 4-2-3-1 formation meant that the midfield berth which Rodriguez had excelled in, was no longer available.

Furthermore, Bernitez’s desire to play Gareth Bale in the number 10 role, meant that Rodriguez was forced out to the right-side of Madrid’s attack.

Lacklustre performances and growing questions over the player’s attitude meant that Rodriguez had to content himself with a place on the bench more often than not. And even when Zinedine Zidane brought back an Ancelotti-style 4-3-3, having taken over from Benítez mid-season, Rodriguez still found himself on the fringes on the starting XI. 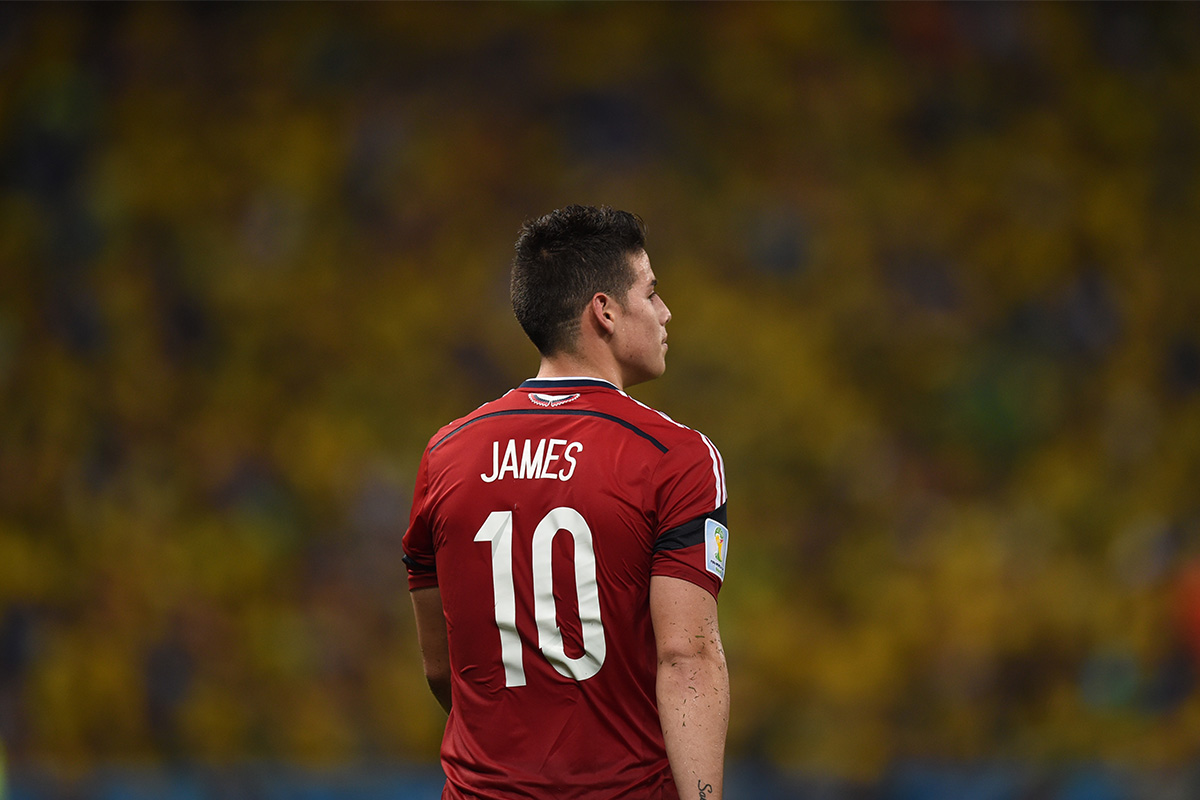 Despite only starting 17 of Madrid’s 38 La Liga games last season, Rodriguez still produced a more than respectable return of seven goals and eight assists, with an average WhoScored.com rating of 7.32.

But with Madrid’s front three of Cristino Ronaldo, Karim Benzema and Bale unlikely to be unseated, and Toni Kroos and Luka Modric performing superbly in midfield – not to mention the club’s interest in bringing in Paul Pogba this summer – it would seem that Rodriguez’s path to first-team opportunities will remain blocked next season.

So the prospect of moving on may be an attractive one for the former Monaco man, and Madrid are believed to be willing to consider large offers for their number 10 in an effort to fund further incomings.

The Football Whispers Index is giving the prospect of Rodriguez moving to Manchester United a score of 4.1 out of five, which would suggest that there is plenty of substance to the rumours.

Earlier this week, The Mirror reported that: “Manchester United have been told they can have unsettled Real Madrid star James Rodriguez this summer.

“Colombia star Rodriguez, who joined Real for £56million after the 2014 World Cup, could be available to United for around £50m.” 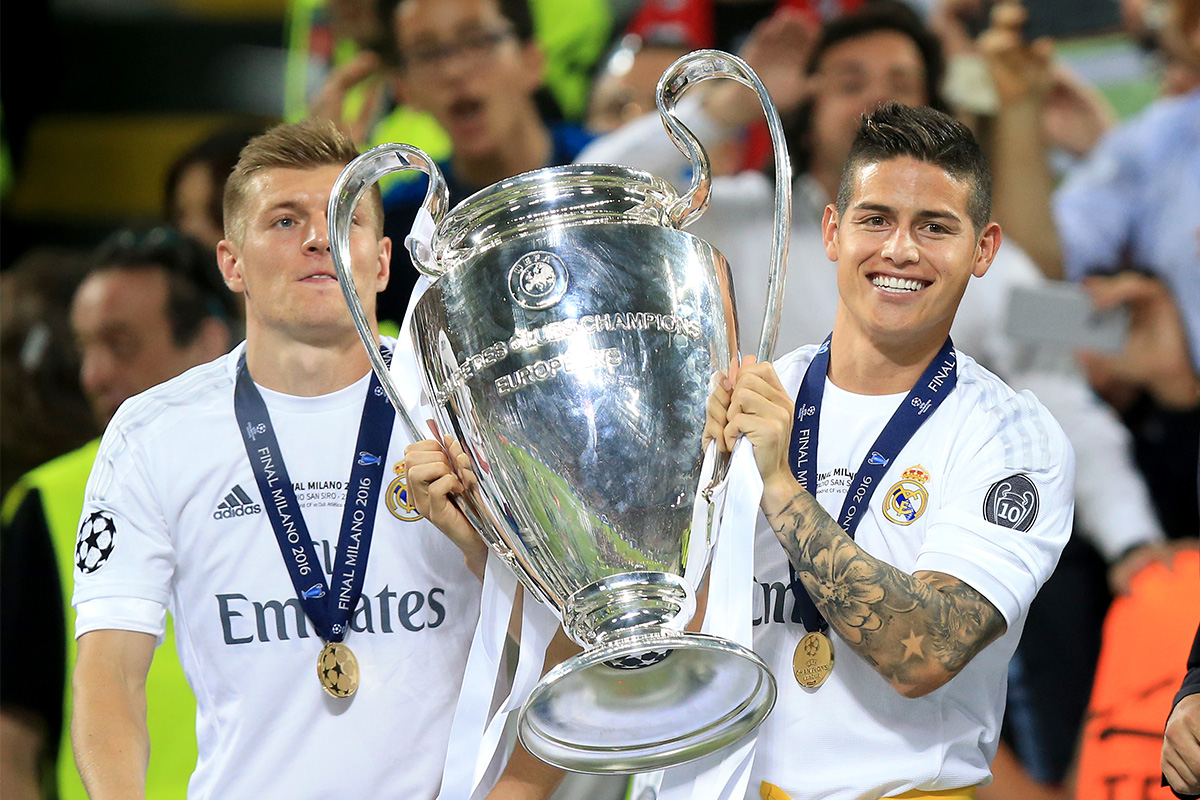 A hefty price-tag for a man who hasn’t been a first-choice pick for his club recently, but the figure reflects Rodriguez’s immense talent.

José Mourinho is looking to re-shape the United squad he has inherited from Louis van Gaal, and it is thought that the club’s board are willing to spend up to £200 million to help him do so.

It has recently emerged that moves for Zlatan Ibrahimovic and Henrikh Mkhitaryan are at a very advanced stage, but it would seem that the Portuguese coach would still like to add more attacking depth to a squad which struggled for goals under van Gaal last season.

Rodriguez’s ability to play either side of the front-three, or slightly deeper as a midfielder, will no doubt be one of the key factors that have brought him to be considered as a potential purchase for Mourinho.

The Manchester Evening News reported last week that Mourinho is confident of securing the kind of marquee signing that will “make everybody sit up straight.” Juventus midfielder Paul Pogba is widely accepted to be the former Chelsea boss’ number one target, but signing Rodriguez for £50 million would also get plenty of people’s attention.