Newcastle United face an extremely tough task this summer; one that has gotten the better of many sides in recent years. The Magpies need to rebuild a squad that was not good enough to keep them in the Premier League last season, and turn them into a unit capable of escaping the notoriously arduous Championship.

The paradox that Newcastle face is one of needing to construct a side capable of playing Premier League football – or at least one able to aspire to that level – without actually being able to offer top-flight football to prospective new arrivals.

Add to the mix the fact that they are likely to lose the few players who actually performed to a decent level for them last season – rumours of moves away for midfielders Georginio Wijnaldum and Moussa Sissoko, to Tottenham Hotspur and Arsenal respectively, are gathering pace – and Newcastle’s task becomes yet more difficult.

But one saving grace that the Magpies can count on is the fact that they are able to boast a manager of a much higher standing than their current level. The North East club’s greatest coup during the off-season was securing the services of Rafa Benítez, a man who is a Champions League and two-time Europa League/UEFA Cup winner; a coach of considerable renown who has held the top position at Real Madrid, Inter Milan, Liverpool and Valencia.

Despite the fact that they can only offer second-tier competition, when attempting to lure new acquisitions to St. James’ Park, Newcastle will find themselves a more attractive proposition for the simple fact that players will want to work under Benítez, and trust that the Spanish tactician will soon have the club back where they feel they belong: the Premier League.

So as Benítez looks to assemble his squad ahead of next season’s promotion push, he has turned to a veteran Spanish full-back to add some quality and experience to his defence.

Local Newcastle newspaper The Chronicle is reporting that Atlético Madrid’s Jesús Gámez is set to join the Rafa Revolution, and could even complete his switch to The Magpies within the next 24 hours. 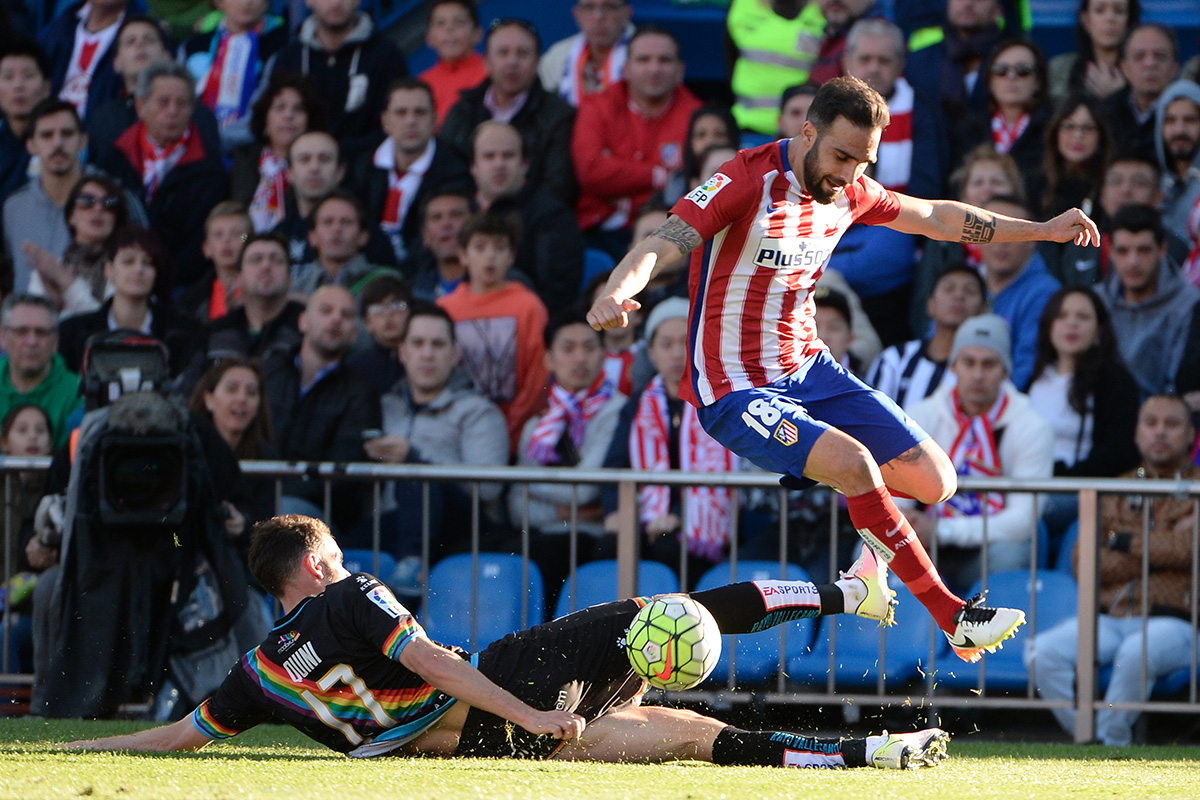 The Football Whispers Index is giving the potential of Gámez signing for Newcastle a score of 4.0 out of five, suggesting that there is every chance that Benítez will be successful in pulling off a swoop for the 31-year-old.

Gámez signed for Atlético in 2014 and has one year remaining on his current deal at the Vicente Calderón. The experienced former Spain under-23 international only featured 14 times in all competitions last season, as he was largely used as a back-up to first-choice right-back Juan Fran.

But with almost 300 league appearances to his name, 266 of which during a nine-year spell in the Malaga first-team, Gámez has plenty of high-level experience, and will act as a steady head in the Newcastle backline.

The arrival of Gámez could also point to the potential departure of Netherlands international right-back Daryl Janmaat, with The Chronicle claiming that Newcastle are willing to sell the 26-year-old former Feyenoord player if a reasonable offer is received.

Although it is possible that both Gámez and Janmaat could operate together in Benítez’s back-four, as the Atlético Madrid man is capable of playing on the left side of defence, enabling Janmaat to operate in his customary right-back role.

Gámez is likely to be just one in a whole host of changes at St. James’ park this summer, with further incomings and outgoings almost certain to follow. But the experience and know-how of the veteran Spaniard, could make him Newcatle’s most astute purchase of the transfer window. And Magpies fans and Benítez alike will be hoping he can spur the team on to Premier League promotion.