SWANSEA City look like the front runners to capture the signature of Leicester City forward Leonardo Ulloa, with a £10 million deal looking likely within the next few days according to sources close to the two clubs.

Rumours of the switch for Argentinean striker Ulloa, 29 – currently with Premier League champions City’s training camp in Austria – were firmed up earlier this week when reports hit the South Wales newsstands, including walesonline.co.uk, that the Swans’ current first-choice hitman, Bafetimbi Gomis, was in advanced talks regarding a move back to France to join Marseilles.

The 30-year-old French international – who has not travelled with the Swans’ squad on their pre-season tour of the USA – has seemingly turned down advances to stay in the Premier League, with West Ham United manager Slaven Bilic said to have been monitoring the situation.

But chairman at the Liberty Stadium, Huw Jenkins, seems all set to back his manager Francesco Guidolin in the transfer market after handing the Italian a new two-year deal at the helm on the back of steering the club away from a relegation battle to a 12th-place berth last term.

Should Guidolin convince Ulloa to sign on the dotted line, he would join Dutch duo Leroy Fer, 26, (for a fee rising to £4.75m) and 23-year-old Ajax defender Mike van der Hoorn (£2m) in Swans’ new-look squad. 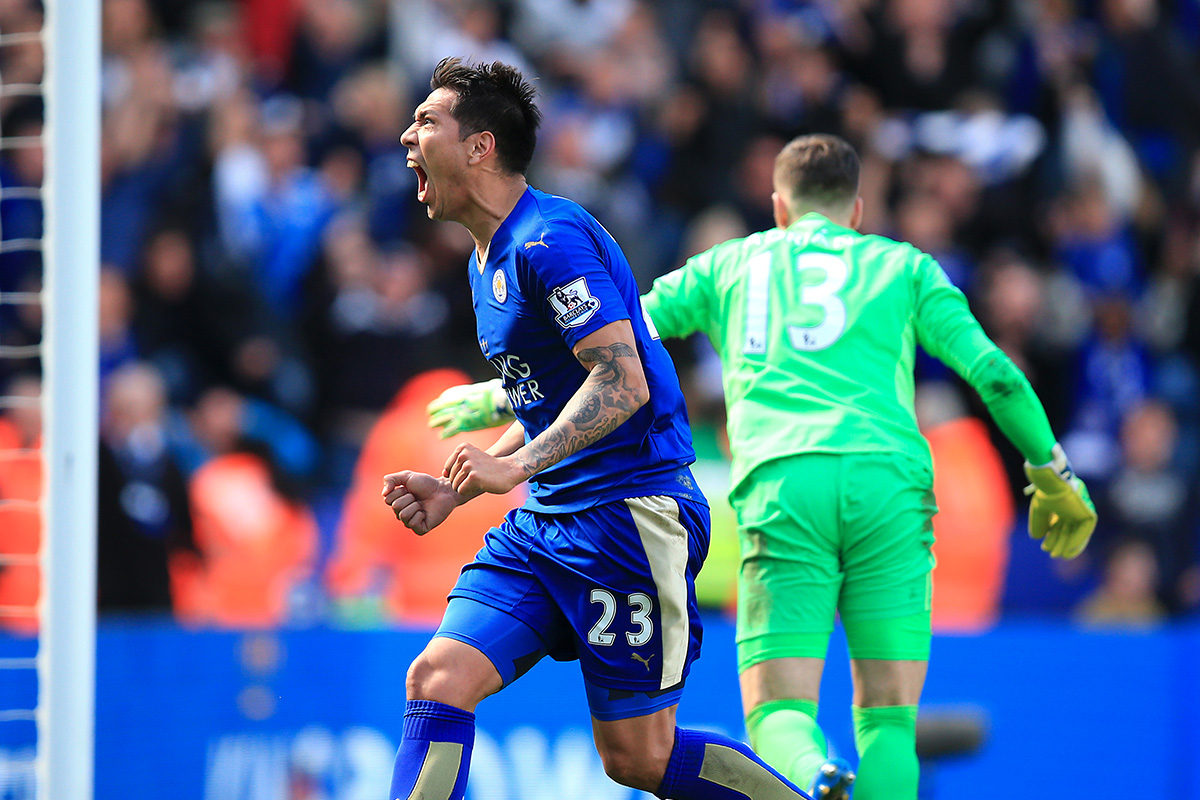 The transfer would certainly be a like-for-like move, with bustling targetman Ulloa (6ft 3in) and Gomis (6ft) finishing on near-identical 2015/16 tallies. Both men scored six goals (in all competitions) – Ulloa in 33 appearances; Gomis 35. Two of Ulloa’s goals came against Swansea in a 4-0 win in April.

Ulloa did report back for pre-season training on 5 July and is with Foxes boss Claudio Ranieri’s men in Austria. However, with the Italian saying this week that he wants his attack line ‘to be like RAF’ for next season, it could signal the end of Ulloa’s two year stay at the King Power, with the former Brighton & Hove man lacking the mobility of Jamie Vardy, 29, and new club-record signing, £18m 23-year-old Nigerian Ahmed Musa  from CSKA Moscow.

That said,  Guidolin clearly believes the man known as ‘ciclone’ (cyclone) – Ulloa’s 89th-minute winner against Norwich (1-0) in February is said to have caused ‘small earthquake’ in the Midlands – can act as the link man in the Swans’ preferred counter-attacking style.

Powerful operator Ulloa, who can play as a lone striker, could be reunited with fellow Premier League winners’ medal holder, winger Nathan Dyer, 28, who has returned to South Wales after his temporary spell with the Foxes.

Meanwhile, definitely heading out of the Liberty is wantaway striker Alberto Paloschi, 26, having joined Atalanta for £6 million after just four months in Wales, while one piece of business the Liberty hierarchy may now be regretting is the sale of Portugal’s Euro 2016 winning hero, Eder, 28, who signed for French outfit Lille (for a fee believed to be £3.4m before the start of the tournament) after 15 goalless appearances in English football.

The Ulloa deal currently has a 4.0 index score (out of 5) but that is likely to rise in the coming days.