Swansea City could be set to launch a bid to sign Nacer Chadli from Tottenham Hotspur, as the Swans look to bolster their attacking options ahead of the new season.

Spurs are thought to be open to offers for the 26-year-old Belgian, and the South Wales club have identified him as the man to help them improve upon last season’s 12th place finish, and crack the top half of the Premier League table.

“The 26-year-old Belgian will be allowed to leave Tottenham for around £15 million. Mauricio Pochettino has signed Georges-Kevin N’Koudou from Marseille for £10.8m and Clinton N’Jie is poised to join the French club on loan as part of the deal.”

The Football Whispers Index is giving the rumours of a Chadli switch to Swansea a rating of 4.7 out of five, which suggests that the Spurs midfielder could be heading to the Liberty Stadium imminently.

Spurs manager Mauricio Pochettino has set about adding greater strength in depth to his side this summer, and is apparently still in the market for further reinforcements.

Defensive midfielder Victor Wanyama has been brought in from Southampton for £11 million, and Dutch striker Vincent Janssen has been signed from AZ Alkmaar to provide competition and cover for star marksman Harry Kane.

And with the White Hart Lane club close to completing a deal for winger Georges-Kevin N’Koudou from Marseille, there will surely be a few Spurs players worried about whether they have a future at the club.

Chadli made 29 Premier League appearances for Tottenham last season, 10 as a starter and 19 from the substitutes’ bench, and the 32-cap Belgium international contributed three goals and two assists as Pochettino’s men qualified for the Champions League. 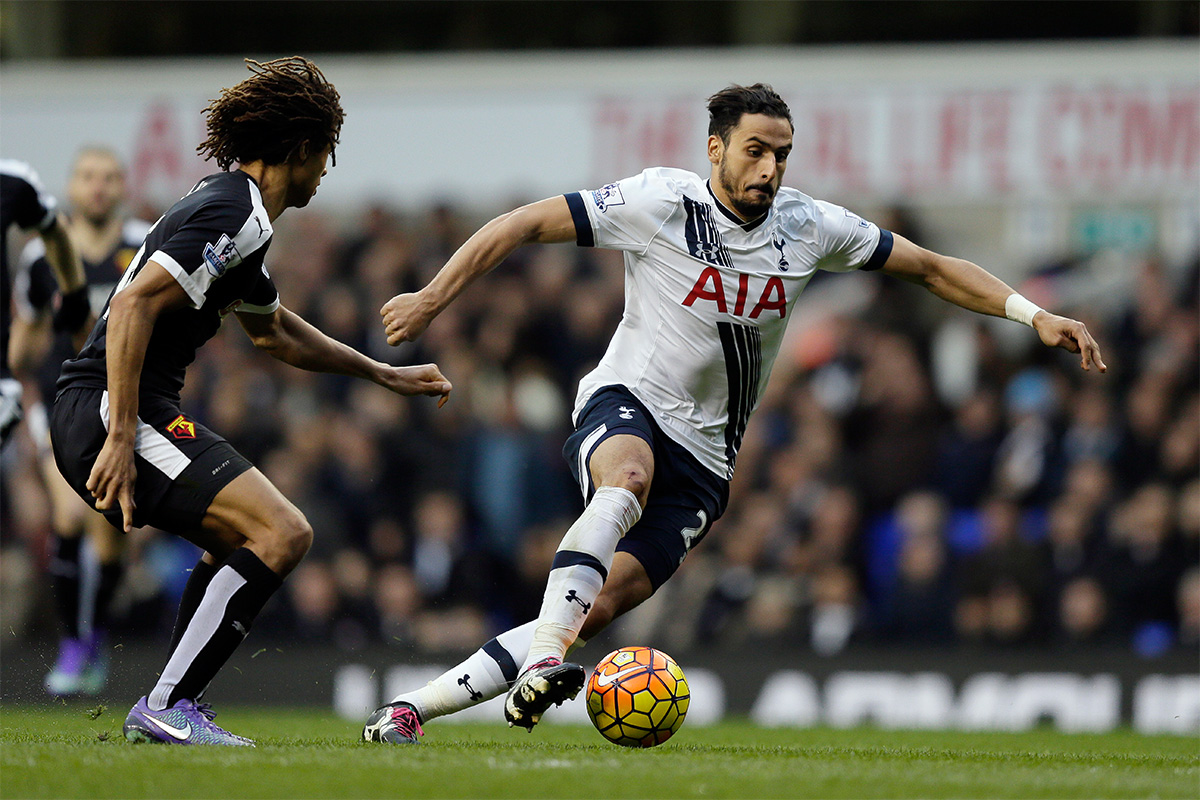 But it is the potential arrival of N’Koudou in particular which seems to point towards an exit for Chadli. The 21-year-old Frenchman is a winger who can play on either side, whose pace and dribbling skills make him a threat in the final third. This is almost exactly the same skill-set that has made Chadli a valuable option for Spurs since his 2013 arrival from Twente. And last season, Chadli was one of Pochettino’s go-to back-up players, filling in on either flank, or even as a centre-forward if needed. With Janssen covering for Kane, and N’Koudou set to be the first-reserve in wide areas, it’s hard to see where Chadli would fit in.

Swansea manager Francesco Guidolin was brought in mid-way through last season to rescue the club from the relegation battle they’d gotten into under Garry Monk.

The experienced Italian tactician succeeded, and the Swans finished just two places outside of the top half.

But next season, Guidolin will be keen for his side to steer well clear of the relegation zone altogether, and the former Udinese coach has already made some astute low-key signings with that in mind.

But if Swansea are able to secure the capture of Chadli from Spurs, they would be getting a talented player with the potential to transform their attacking options.

Chadli’s pace and directness would give Guidolin the option of utilising a rapid counter-attacking strategy if he so chooses. While the Belgian’s versatility will be an asset in providing cover in different areas of the pitch.

And for Chadli, after arriving at Spurs as one of the many players tasked with filling the void left by Gareth Bale’s departure to Real Madrid, he could finally become a valued and relied upon key player.