Understatement alert: Rafa Benítez is a thinker. The Spanish tactician is one of the most cerebral coaches out there. Known for his ultra-analytical approach, the former Liverpool and Real Madrid manager leaves no stone unturned when it comes to preparation.

Therefore, it stands to reason that there is already a pattern emerging in his transfer dealings ahead of Newcastle United’s attack of the Championship.

Benítez was transplanted into St James’ Park late last season with the sole aim of helping the Magpies stave of relegation from the Premier League. Ultimately, he was unsuccessful, but the 56-year-old impressed with his ability to instil a level of cohesion and organisation within a side which had been on a steep downward trajectory for some time.

So an offer was made to entice Benítez to stay in the north east, and after some debate and weighing-up of his options, he decided to accept the challenge of righting the wayward ship, and engineering a return to the top-flight.

And the recruitment plan seems to be to add experience to the squad. There will undoubtedly be some high-profile outgoings – with Giorginio Wijnaldum linked to big-money moves to Premier League clubs, and Moussa Sissoko’s impressive Euro 2016 campaign has sparked interest in the French midfielder.

But the acquisition of Jesús Gámez — a 31-year-old full-back with almost 300 appearances in the Spanish league – would appear to represent a very astute piece of business. The former Atlético Madrid and Malaga player will add plenty of know-how to the defensive line, and his versatility will prove useful.

In addition, Benítez has also convinced Matt Ritchie and Dwight Gayle to take a divisional backwards step to join his Newcastle project.

Now it seems Benítez has set his sights on another vastly experienced player, and one he’d previously worked with at Liverpool. 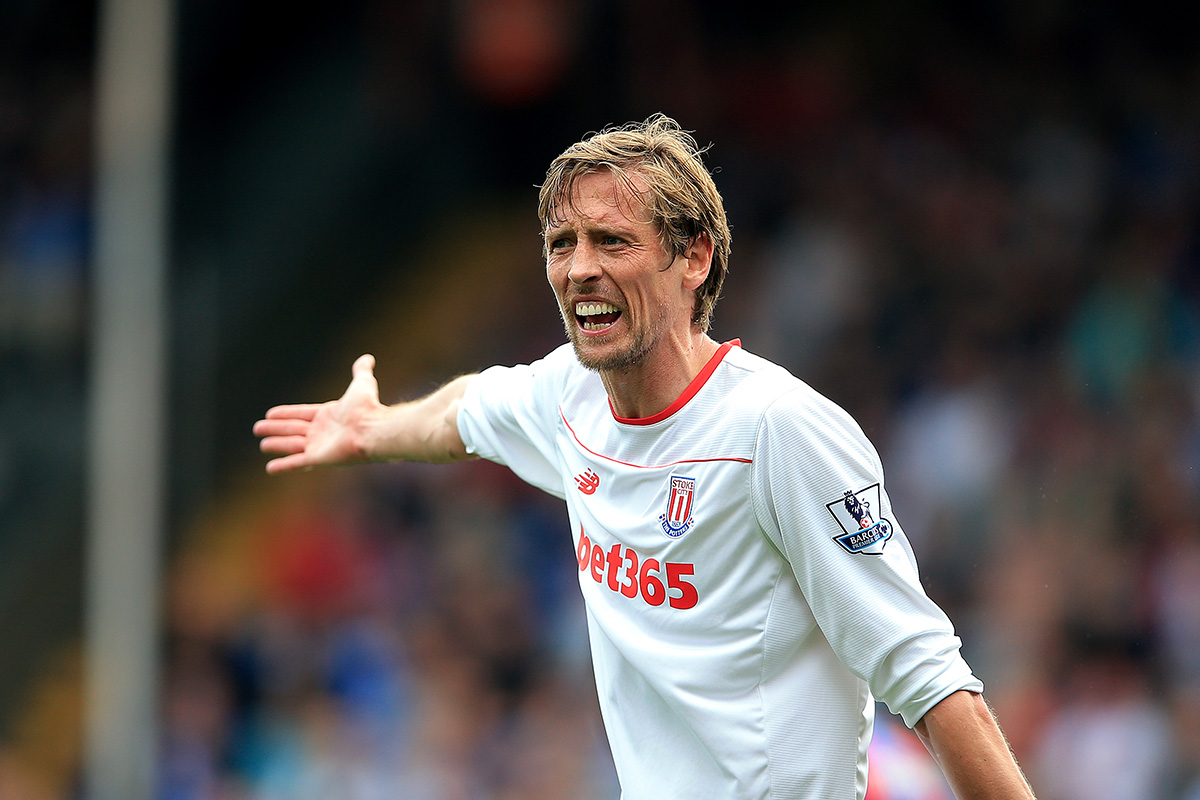 Peter Crouch made 11 Premier League appearances – only four of which were as a starter — for Stoke City last season, and failed to score a league goal for the first time in over a decade. At 35 years old, the 42-cap former England international may have to take a step down in terms of competition level, in order to prolong his career.

And a switch to Newcastle would make perfect sense. Crouch is a player with a wealth of Premier League experience, but, earlier in his career, the lanky striker played second-tier football with Queens Park Rangers, Portsmouth and Norwich City. So the veteran marksman will be familiar with the demands of a season in the notoriously arduous Championship.

Plus, despite failing to find the net in the Premier League last season, Crouch will still back himself to be able to produce a healthy goals return in the Championship, where his nous within the penalty area would see him able to gain opportunities against less-able defenders.

The Mirror reported yesterday that Benítez sees Crouch as the ideal man to partner Gayle in his new-look front-line. Also, with the addition of Richie from Bournemouth, Crouch’s aerial prowess will be well served by the Scottish international’s crossing ability.

The Football Whispers Index is currently giving the Crouch to Newcastle rumours a score of 4.4 out of five, suggesting that there is plenty of substance to the rumours, and that the former Tottenham Hotspur and Aston Villa star could be set to join the eleventh club of his career (if you include loan spells).

Despite the brutal disappointment of last season, Newcastle fans have reason for optimism as they prepare for their first Championship season in six years. They are piecing together a squad of genuine quality, and in Benítez, they have a manager of the highest continental standing.