Everton are reportedly Interested in bringing Manchester United midfielder Morgan Schneiderlin to Goodison Park in January. Various new outlets have reported that Everton boss Ronald Koeman is prepared to part with as much as £25 million to be reunited with the former Southampton man. The BBC claim contact has been made between the two clubs but no agreement is currently in place.

According to the Telegraph, West Brom have had an offer worth £18million turned down but are preparing an improved bid to test United’s resolve over the next few days. This may spark Everton into action if they’re to land Koeman’s top midfield target.

The potential switch to the Toffees was discussed on the first episode of Football Whispers TV and you can hear what our pundits, former England internationals Paul Walsh and John Salako, thought about the move by watching the video.

Paul Walsh believes “Everton would be the perfect club for him” and the midfielder “would improve them [Everton]”. Former Crystal Palace coach John Salako agreed with that assessment.

“He’s come through and I think he would fit into that Everton side fantastically well. Gareth Barry’s getting long in the tooth.

“He’s a quality player, he’s wants to be one of the big fishes in a smaller pond and that’s what he’ll get at Everton. They’re not as big a club, but they’re a club who’ll be challenge right up there at the right end of the premier league.”

It’s been a remarkable fall from grace for the 27-year-old Schneiderlin. The Frenchman joined Manchester United in July 2015 for a reported £25 million after United fended off interest from Chelsea, Spurs and Arsenal to secure his signature. A big money move put him in the spotlight. An impressive season at Old Trafford would lead to him being a cert in Didier Deschamps’ French Euro 2016 squad. He initially impressed at United and scored his first goal for the club in October against Everton. However, this didn’t last. United’s form was patchy to say the least and Schneiderlin was criticised at times by certain parts of the media. He did get a call up to the French Euro 2016 squad but only after Marseille’s Lassana Diarra had to drop out due to injury. The starting position he craved went to N’Golo Kante. The Leicester City player had the season Schneiderlin dreamed of.

After the arrival of Jose Mourinho in the summer, Spurs tried their luck and tested the waters with a loan offer for Schneiderlin. Their approach was rebuffed with Mourinho wanting cover for the Europa League as well as the League Cup. It appears, however, that Mourinho has changed his mind and is now prepared to let the player leave despite United still being in four competitions. Schneiderlin has played just 11 minutes of Premier League football this season.

Why a move to Everton makes Sense? 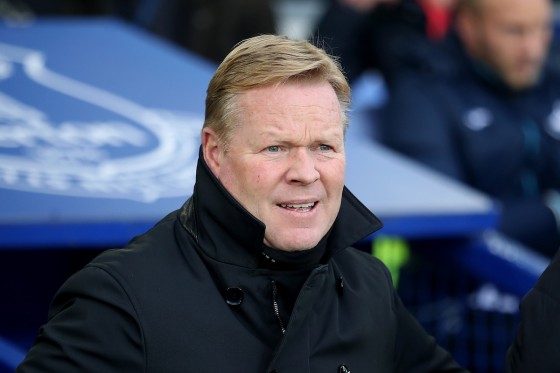 As mentioned in an article here, Everton are in the market for a long-term replacement for 35-year-old Gareth Barry. The centre-midfield pairing is a key area for Koeman and is always foundations of his solid sides. Idrissa Gueye and Gareth Barry have impressed so far this season and while it’s good for the short-term, a long-term partnership it is not. The Toffees have been linked with moves for Soualiho Meite, Kevin Strootman, Ever Banega and the article linked above looks at the possibility of Maxime Gonalons being a potential target for Koeman.

Everton need a disciplined player who is capable on the ball and able to play a box-to-box role. Throughout Schneiderlin’s time in the Premier League, with both United and Southampton, he attempted, on average 58 passes and completed 89% of them per 90 minutes. Schneiderlin makes 3.3 tackles and 2.7 interceptions. He shuts attacks down. Gareth Barry averages 55 passes and completes 84% of them. To go alongside that, the former England International completes 2.7 tackles and makes 1.8 interceptions.

Why Spurs should reignite their Interest? 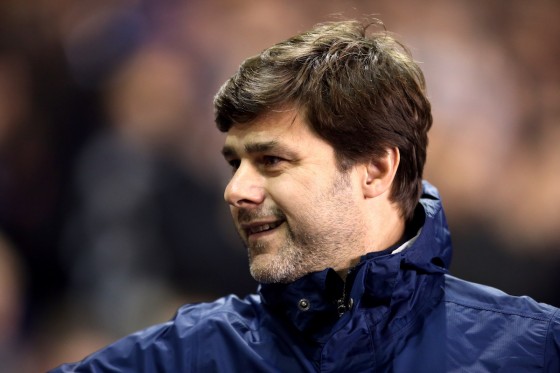 Spurs manager Mauricio Pochettino knows all about Schneiderlin having managed him to great effect at Southampton. He knows how to get the best out of the midfielder. There’s a mutual respect between the pair and Spurs were interested in bringing him to White Hart Lane to reignite player and manager. The club also signed Victor Wanyama from Southampton and by all accounts wanted to put the band back together in the heart of their midfield. If the player really is for sale Spurs should be at the top of that list.

It may seem like overkill, what with Spurs already able to call upon the likes of Mousa Dembele, Victor Wanyama and Eric Dier in midfield but Dembele’s injury record and Dier’s versatility mean Spurs aren’t as stocked there as it looks on the surface. It’s surely a concern with European football still in the equation. That, coupled with talk that Burnley want to bring Kieran Tripper back on loan means Eric Dier will be the backup right-back to Kyle Walker, means Spurs should be looking at a midfielder in January. Switching Tripper for Schneiderlin sounds like quite the upgrade.

Why United should keep the player?

Marouane Fellaini. How any team with the big Belgian on their books can look to sell a midfielder before him is beyond the realms of imagination for many. Schneiderlin still has a lot to offer and in a midfield three alongside Ander Herrera and Paul Pogba there aren’t many midfield units in the Premier League they wouldn’t get the best of. Jose Mourinho has made mistakes in the market before, could this be another one?